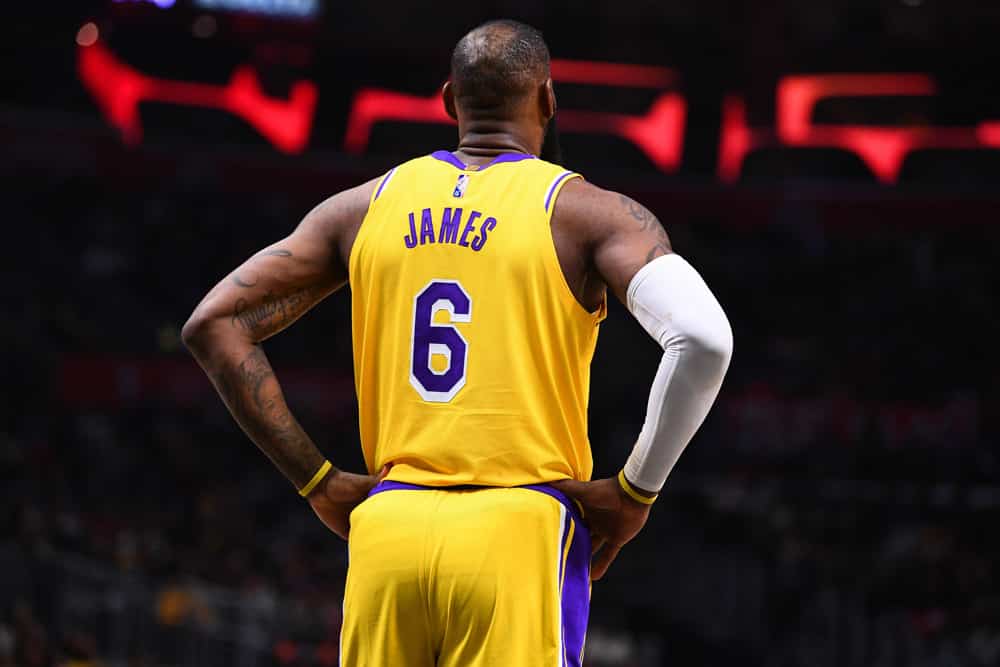 I am back after a short hiatus! The NBA season is winding down but we have a pivotal matchup today between the Denver Nuggets and the Los Angeles Lakers. Both teams are fighting for their playoff lives. Currently, the Lakers are on the outside looking in. Meanwhile, the Nuggets are fighting to stay out of the play-in tournament bracket. Below are three player props for the game between the Nuggets and the Lakers.

At 37 years old, LeBron James is leading the NBA in scoring this season averaging 30.3 points per game. In fact, LeBron has scored 35 or more points in the last five games he has played in. Despite missing a handful of games over the past week. James returned on Friday night against the Pelicans and scored 38 points in his return. Furthermore, the Denver Nuggets are struggling on the defensive end over the last five games. In fact, the Nuggets rank #25 in defensive rating, #24 in both opponent field goal percentage and opponent three-point percentage. Even though LeBron only scored 25 in a previous matchup this season, I can’t pass on his points prop here today. Give me the Over on this player prop.

Jeff Green Over 0.5 Three-Pointers Made

Nikola Jokic is having another MVP caliber season. We can say that he’s having a better season than last year when he won the MVP. Jokic can record a triple-double on any given night in any arena he walks into. Jokic has gone over this projection in three out of the last four games for the Denver Nuggets. In fact, in an earlier matchup this season against the Lakers, Jokic recorded a triple-double with 12 rebounds and 13 assists. Additionally, over the last seven days, the Lakers are allowing the center position to average 13.5 rebounds per game. I have no doubt that Jokic will fill up the stat box today against the Lakers. Give me the Over on this NBA Player Prop!