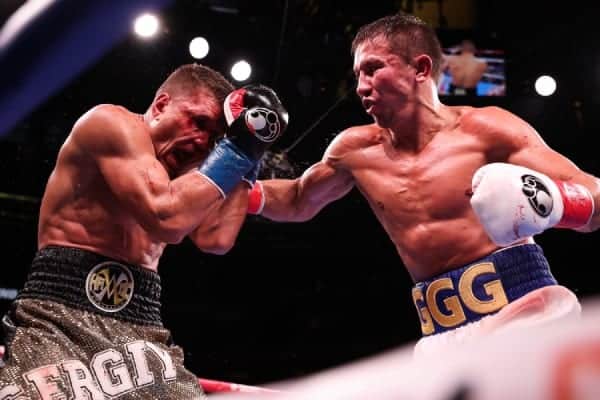 The month of April is here and some tremendous title fights are coming from the Middleweight to Lightweight to Welterweight and of course, the Heavyweight division. And, host T.J. Rives is back to discuss it with a special guest on the latest “Big Fight Weekend Podcast.”

That guest is boxing media personality and even, part time fighter now, Michael Montero of MonteroOnBoxing.com and Ring TV.

He and T.J. go through his story of how became so interested in the fight game, boxing media and even, wanting to get in the ring, himself. Michael also gives thoughts on the upcoming Middleweight title showdown with Gennady Golovkin (above) taking on Japan’s Ryota Murata next weekend.

Is Triple G well over the hill and can the very popular Murata wow his home fans coming up?

The guys also talk about England’s “Gypsy King,” Tyson Fury preparing to defend his WBC Heavyweight title on home soil against countryman, Dillian Whyte the following week of April 23rd. Can Fury deliver a big win and move closer to fighting for the Undisputed crown later this year?

Then, T.J. wraps with going over some of the title fight odds and makes a couple of early predictions, too.

It’s all part of the “Big Fight Weekend Podcast” and make sure to follow/subscribe on Apple Podcasts, Spotify, Google, etc.!!