Why does size matter? The average height in the NBA 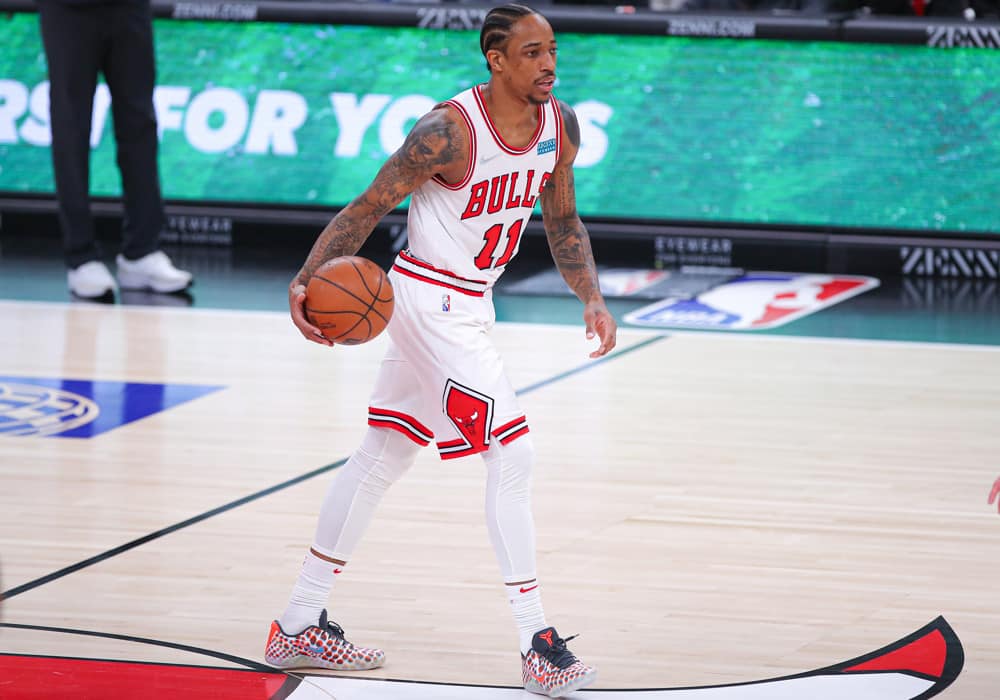 There is no denying that the NBA has always had some of – if not the – tallest players of any sport in the world. Many attribute this to the fact that it makes it easier to put the ball through the hoop, but surely that can’t be the only reason.

Let’s look at some of the main reasons size plays a massive role in the NBA and the average sizes of players compared to other sports.

The Average Height of NBA Players

As we’ve mentioned before, Basketball has some of the tallest players of any sport in the world.

In a survey from 2007 to 2008, they found that the average height of a basketball player in America was 1.98m, which is considerably taller than the height of the average American male at the time, which was 1.76m.

While there have been many instances of players’ heights being incorrectly stated on their papers or reported falsely in the media, there is no denying that the vast majority of them are much taller than the average person.

Why the Massive Difference Compared to Other Sports?

The main thing to consider is that, as with any sport, some players’ profiles are much more ideally suited for the role based on the specific requirements of the sport itself. Basketball is no exception, with many reasons for taller players coming down to how the game works.

Longer arms mean the ball has less distance to travel. If two players of differing heights were to stand next to one another and reach toward the net, one would have a shorter distance between his hands and the net than the other. Longer arms, therefore, mean that you have a smaller – if only slightly smaller – margin for error when trying to get the ball in the net since it has to travel a shorter distance. The shorter the distance the ball must travel, the fewer outside elements can influence the result.

A taller body means you take up more space between your opponent and the goal. When your opponent comes rushing towards you to try and put the ball through the hoop, taking up more space means that their target shrinks. The smaller their target, the harder it is for them to score. When your arms are longer, you can also reach a more expansive space, which means you can deflect shots towards to goal from much larger angles.

A taller person – on average – has greater absolute strength. There is no denying that Basketball is a physical game. While it is not physical the same way Rugby is, where collisions between players occur as a part of the game, it still demands immense physical prowess. Since taller players naturally have more strength than shorter players, it can certainly be the difference between winning or losing.

A taller player takes bigger steps. This trait is especially important in a game such as Basketball, where players run from one side of the court to the other frequently. The larger the steps you can take, the faster you can get to your destination. Just the same, if you can take bigger steps than your opposition, it becomes easier to manoeuvre around them in fewer steps or even use your footwork to confuse them, as you can backtrack easier when necessary.

Taller people have larger hands. Having larger hands means that the surface you can grab onto is larger. Securing your grip around a basketball is much easier when your hands are bigger, which means that taller players have an advantage when it comes to ball security. It becomes harder for their opponents to remove the ball from their grip, which is certainly a noteworthy advantage since players will try to steal the ball from one another.

There is no denying that taller players have a distinct advantage in the NBA, especially when you realise that the net is 3m off the ground.

Which advantages do you think height gives the players we didn’t consider? We’re sure there are way more.