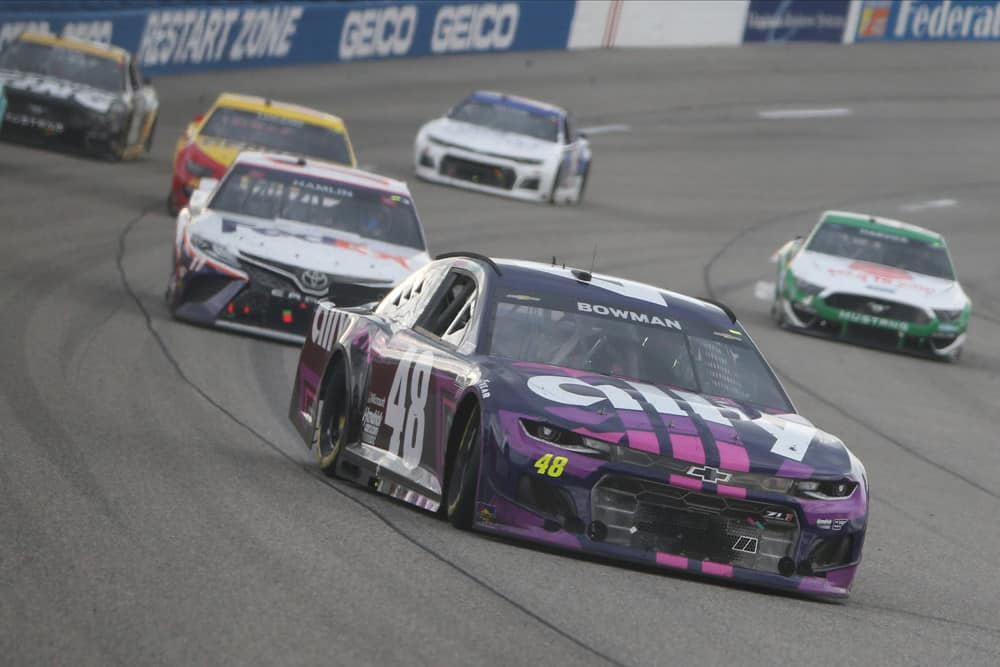 Wow! Another week, another amazing race with a fantastic last lap finish! We are now six races in with six different winners. In 2000 NASCAR went 10 races with 10 different winners. Is that a streak that could continue? Champions and perennial winners like Chase Elliot, Kyle Busch, Joey Logano, Martin Truex Jr, Kevin Harvick among others have yet to snag wins in 2022 to this point. Check out the NASCAR GAMBLING PODCAST for Rod & Cody’s thoughts on who might win this weekend!

A day-long battle came down to the final turns.

Richmond Raceway known as “America’s Premier Short Track” is a ¾ mile D-shaped oval located outside of Richmond, VA. This will be the 7th different style race track in the 7 races so far this season, the NASCAR schedule makers made it extra exciting to put this brand new NextGen Cup Series car to the test! Richmond has been a NASCAR raced surface for a long time dating back to 1953 when Lee Petty (Richards father) won the 100 mile race that paid a whopping $3,625 purse! Lately this track has been dominated by Joe Gibbs racing winning the 5 of the last 7 races here 3 of those with Martin Truex Jr at the helm.

It’s to hard to pass up on this veteran driver this week. With 3 wins in the last 5 races here, and six consecutive finishes in the Top-5 he knows his way around this place. While Toyota and Joe Gibbs Racing have been unimpressive so far this season, Truex Jr has finished in the top-10 in the last two races and arguably could have won the Las Vegas race if not for a late caution. Similar to Harvick at Phoenix, His track history here is too good to ignore.

That battle was AWESOME. Retweet to congratulate Martin Truex Jr. on his WIN in Richmond (and his first career victory on a short track)! pic.twitter.com/MN6lAm2mys

Reddick has been impressive this year. He’s seemed to have picked up how to handle this new car from the first green flag at the exhibition race at the L.A. Coliseum where he dominated the main event until mechanical issues ended his day. With a 5th place last week, 3rd at Phoenix and and 7th at Las Vegas, Reddick is knocking on the door of his first Cup Series victory. Expect Reddick to be strong and up front this weekend.

Dillion has improved a lot at Richmond. Early in his career, he was just not good here. Now he has five top-11 finishes in the last six races here. His teammate Reddick has impressed this season and Dillion hasn’t been far behind. He turned in a 10th place finish last week at COTA and a 2nd place finish at Auto Club earlier this season. At $7,000 Dillion is a value here with great finishing position potential.

Allmendinger won’t be on many peoples radars this weekend. He’s running a part time schedule and is known as more of a road course guy. But, don’t let that fool you he can still preform well on oval tracks. I wouldn’t expect him to dominate and lead a bunch of laps though. He’s proven though that he can score solid finishes here before, in sub par equipment. Kaulig Racing has had solid cars so far this season and the Dinger should be able to score a decent finish. He is a great Toyota Owners 400 NASCAR DraftKings value at just $6,700.