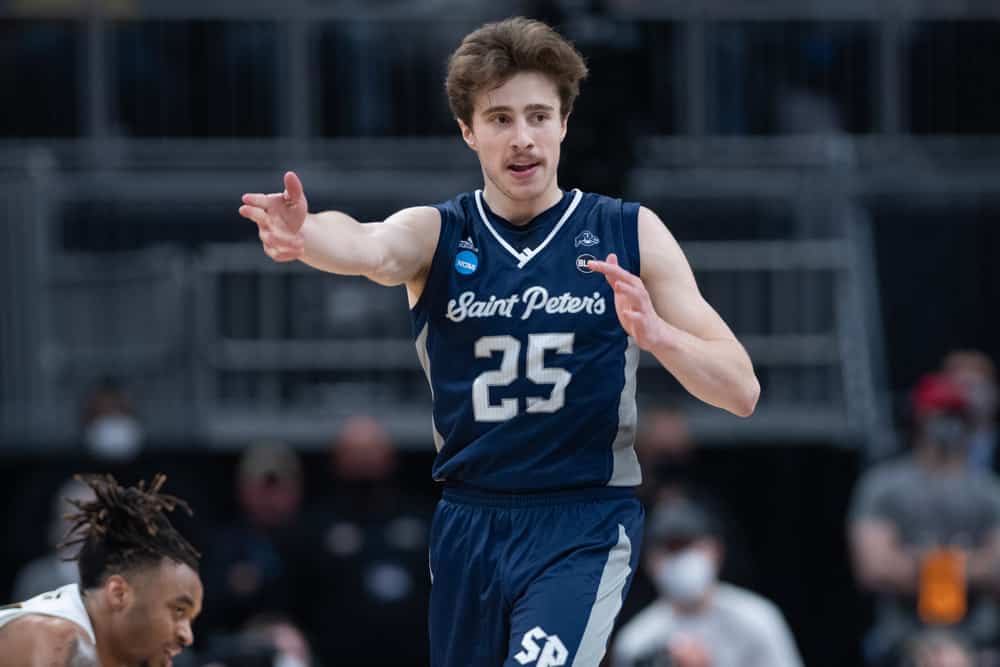 The young guns return with a recap of the first two rounds of March Madness. Host Noah Bieniek (@Seventy7NB) and co-host Nick Familant (@CBBNick) discuss the NCAA Tournament’s Sweet 16 by picking every game against the spread. They then predict their Elite 8, and Final Fours. Along the way the boys drop some WynnBET March Madness odds on futures that interest them along the way.

The four teams remaining in the West Region are Gonzaga, Duke, Texas Tech, and Arkansas. If the Bulldogs can edge the Razorbacks, does Chet Holmgren and Drew Timme lead them to a win in a rematch against either Paolo Banchero and the Blue Devils or Mark Adams’ Red Raiders?

Arizona, Villanova, Houston, and Michigan are still dancing in the South Region. To Noah this seems like the most competitive region. Can Bennedict Mathurin and the Wildcats escape? Does Collin Gillespie lead Nova to New Orleans? Can Kelvin Sampson get the Cougars to their second straight Final Four. Hunter Dickinson looks to be on a mission, can he and the Wolverines pull off what was unthinkable in January?

Saint Peter’s is this year’s cinderella after conquering the state of Kentucky. In front of their path to the Final Four stands Purdue. The Boilermakers have an overrated coach, Matt Painter, that has an underrated roster led by NBA Draft Lottery Pick Jaden Ivey, what will happen? The other two teams that will play in Philadelphia are Armando Bacot’s Tar Heels squad, and Johnny Juzang’s UCLA bunch that is looking to make back to back Final Four appearances.

The Midwest Region was viewed as the weakest. Although the boys didn’t predict T.J. Otzelberger’s Iowa State team, and Jim Larranaga’s Miami small ball squad to be in the Sweet 16 but chaos was expected. Bill Self’s #1 seeded Kansas Jayhawks are still alive and will play in Chicago against Ed Cooley’s historical Providence Friars team.

Nick and Noah discuss all of this and more in the Third episode of Brackets and Bets.