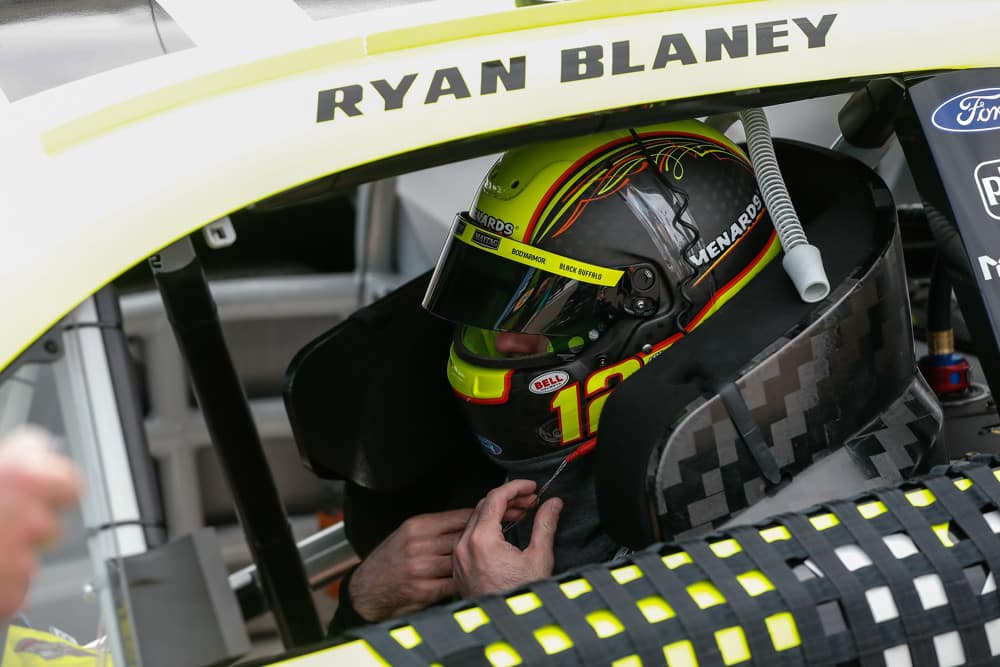 Another week into the NASCAR season, another new winner,  and more unpredictability! In all four races, we’ve seen four different winners, with different and unexpected new guys up front every week. It’s safe to say that so far this “Next Generation” NASCAR Cup Series car has brought the parity NASCAR was looking for. Chase Briscoe shined last week at Phoenix Raceway in the latest surprise of the NASCAR season. Time to get ready for this round of Folds of Honor Quick Trip 500 DraftKings picks for the race.

This week we turn our attention to the biggest unknown yet. Atlanta Motor Speedway or is it Atlanta Motor Super-speedway? Hours after Kurt Busch held off younger brother Kyle Busch and took the checkered flag to win the Quaker State 400 presented by Walmart in July 2021, they began to tear this track apart. We talked in more detail about the changes on the NASCAR Gambling Podcast But their goal was to create a Daytona/Talladega type of Super-speedway track on the 1.5-mile raceway. This weekend’s race will mark the first NASCAR event held here since the tracks remodel was completed. Nobody knows quite what to expect here, but I am going to lean heavily on Superspeedway data and less on Atlanta track history.

Blaney is the co-favorite to win this week (+1000) and the highest-priced driver on DraftKings for a reason. Blaney has had some bad luck to start the season, but every week has had fast equipment. He is also one of the best Super-speedway racers in the series, recording a 4th place finish in the Daytona 500 to open the season. He also won there last fall to go along with two top-10s In 2020. Two top-15s at Talladega and a win there in 2019 and 2020 all proven this young racer’s ability on Superspeedways. Throw in winning the spring race at Atlanta last year and Blaney is my top Folds of Honor Quick Trip 500 DraftKings pick for this weekend.

Wallace broke the so-called McDonald’s curse with his win last year at Talladega Superspeedway in a rain-shortened race. The long-time primary sponsor in NASCAR had gone 0-441 since their last win in July 1994 with Mr. Excitement Jimmy Spencer behind the wheel. It wasn’t for lack of big names trying with the likes of 1988 champion Bill Elliott, 2021 Champion Kyle Larson, 2003 Champion Matt Kenseth among the more than sixteen different drivers to pilot a McDonald’s sponsored car without finding victory lane.

McDonald’s is back as the primary for Atlanta and looking to capture the 2nd win for car owner and NBA legend Michael Jordan. Wallace finished 2nd in the Daytona 500 in addition to 2nd in the fall of 2021 there. After 2nd at Daytona, it’s been a rough start to the season for Wallace with his next best finish being 19th. This may keep Wallace under the radar this weekend and make him an even better play.

The full-time Xfinity series driver is only racing part-time in the Cup series and may be another one very under the radar. But last week’s Xfinity series winner at Phoenix is a Superspeedway “ringer” type for the Cup series this year. After failing to qualify for last year’s Daytona 500 Gragson made his first career start in this year’s 500 for the very part-time team in beard Motorsports. Caught up in an incident, he didn’t finish the best but had been running well. This weekend he will race for Kaulig Racing which has had incredible success at Super-speedways over the years.

Gragson will have a huge advantage being able to run this track on Saturday in the Xfinity Series race and learn a lot. Most of Sunday’s Cup field will have never been on this track in a race. Gragson won at Daytona in 2020 in the Xfinity Series and has 2 straight top-10 finishes there, along with 5 top-11 finishes in 6 Talladega starts, Gragson has proven he’s a Superspeedway style driver.

The retired Cup Series veteran is back this season running a part-time schedule for Rick Ware Racing, mostly at Super-speedways, and there is a reason for that. Ragan finished 8th in this year’s Daytona 500 and has 7 top-10 there including a win in 2011. To go along with 10 top-10s at Talladega and a victory in 2013 there. Ragan is an experienced Superspeedway veteran who knows how to stay out of trouble and be in the mix at the end. And this price on DraftKings, another solid finish will pay off well. He makes a nice way to round out your Folds of Honor Quick Trip 500 DraftKings plays.