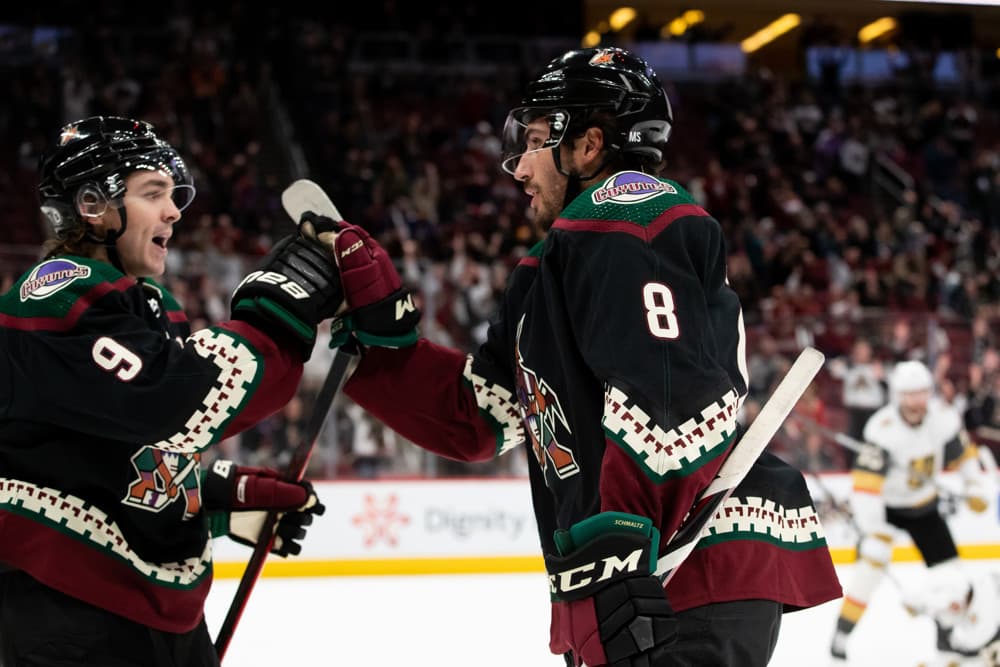 Welcome back to the Fantasy Hockey Waiver Wire: Teams to Stream & Best Pickups article! Week 21 is a bit up-and-down with three double-digit days, a day with just one game, and a few in the middle. I’ll be your guide to help you win your fantasy hockey matchup this week with the best pickups, goalie options, teams to stream, and teams to avoid.

There are eight teams that play four games this week, but only one of them plays on three of the lighter nights. However, with there only really being four “light nights” (Monday 1, Wednesday 4, Friday 6, Sunday 6) it’s going to be important to roster players that are playing on those nights. I’ve taken a closer look at some of those teams with players to watch on the waiver wire, claims to make off waivers, and the best pickups for the week. I’ll be highlighting some teams that play four times in total, including twice or more on lighter nights.

The Senators are the only team to play on three lighter nights this week and they have one back-to-back against beatable opponents (Philadelphia, Montreal) as well.

Norris has returned from injury with a bang. Since returning on March 3rd, he has six points (4 G, 2 A), including four power-play points, to go with 14 shots on goal in six games. The first-line center is picking up where he left off –– and then some.

Stutzle plays on the second line but he’s on the top power-play unit with Norris. He’s had a resurgence since Norris’ return with seven points (1 G, 6 A), and 12 shots on goal in his last five games. The youngster is worth picking up for this week and possibly beyond.

We have a rare goalie watch, not just a backup goalie watch. Forsberg is worth picking up for a few different reasons. First of all, it’s his crease with Matt Murray on the shelf. Forsberg is 13-11-2 with a 2.83 GAA and .916 SV% this season, making him an attractive target for contenders at the deadline. He’s 6-3-1 with a .927 SV% since the All-Star break and should get a few wins this week.

The Coyotes play the Senators in the only game on Monday as the first half of their first back-to-back this week.

Schmaltz made headlines last weekend when he recorded a seven-point game (2 G, 5 A) in an 8-5 win against the Senators. That started a four-game point streak for the forward, who had six points (2 G, 4 A) in his three games after the seven-point effort.

Schmaltz and the Coyotes have the Senators on the docket again and the Arizona forward isn’t just a flash in the pan. Over his past 19 games, Schmaltz has 29 points (14 G, 15 A).

Gostisbehere is a guy to grab for this week and hold onto for next week to see if he gets traded to a contender. He’s a great offensive defenseman and power-play specialist, which is perfect for most fantasy hockey formats. Ghost has 36 points (10 G, 26 A) and 115 shots in 58 games this season, including eight points (2 G, 6 A) in his last 10 games.

The Sharks don’t have too many fantasy-relevant players that aren’t highly-rostered, but this is one of the weeks worth picking up some San Jose flavor.

Karlsson isn’t available in most leagues, but you need to pick him up if he is. The dynamic defenseman just recently returned from injury and could still be floating on the waiver wire. EK65 has two assists and four shots on goal in two games since returning.

With James Reimer injured, Sawchenko has seen his role elevated. He’s not a guy to rely on as your top goalie or even No. 2 guy, but he’s putting up respectable numbers. He put up two straight 33-save efforts (allowing three goals in each game) against the Ducks and Kings last week.

The Capitals play on the two lighter nights at the end of the week, so if you have a midweek waiver period perhaps look to grab some Caps then.

Mantha is another guy that recently returned from a lengthy injury. He missed almost four months and is looking to find his game a bit in March. Mantha had six points (2 G, 4 A) in 10 games prior to his injury and has just two points (1 G, 1 A) in five games since. However, both of those points came in his past three games. Anyone that gets to play with Nicklas Backstrom and T.J. Oshie has a chance to score.

Speaking of guys being put in good position, Conor Sheary is currently on the Capitals’ top line with Evgeny Kuznetsov and Alex Ovechkin. He’s cooled off a bit in his past two games but still has a great opportunity for those in deeper leagues.

There are six teams playing three times this week and twice on lighter nights.

There are also six teams playing just twice this week, including one team that plays both games on busy nights (St. Louis).