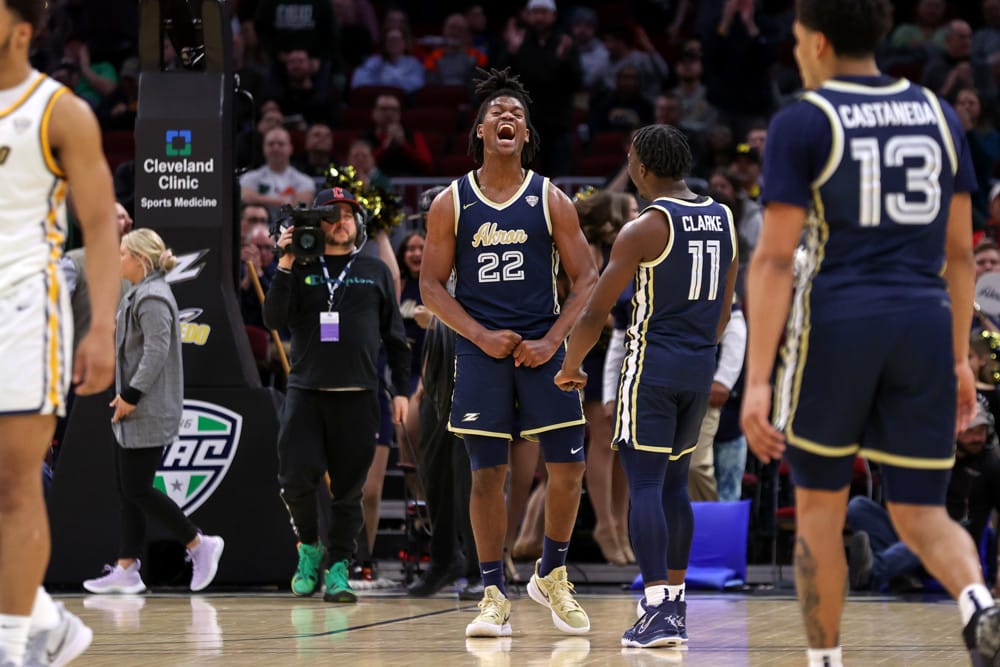 We sure are in the thick of it now boys and girls, smaller conferences have wrapped up as we head to championship Saturday. Just one day before the infamous Selection Sunday, where teams meet their fate. Bubbles will be busted and lifelong dreams achieved as those on the outside looking in earlier await their fate. We also get our first look at the bracket in all its glory. Without further ado let’s dive into Saturday’s slate of action and see if we can’t find us some college basketball best bets. Also make sure you head on over to the SGPN college basketball picks page, to see all of our selections for Saturday here!

Our first stop on the value train lets us out at the Ivy League tournament. Cornell will meet Princeton in some early action on the ESPN family of networks. The first thing you’ll notice about Cornell is that they are not all that efficient on offense.  This may not hurt them as much as it did throughout the regular season as Princeton comes in only ranked 202nd in the nation in defensive efficiency.

Cornell shoots about average nationally while Princeton comes in with the 258th ranked defense in terms of opponent field goal percentage. I think the defense of Princeton will allow Cornell to stay in this game for most of it.

Princeton should have a significant advantage when they’re on offense, however. Princeton comes in with the 43rd ranked offense in terms of efficiency. They have been attacking the basket all year as well as shooting the ball well from the perimeter. Cornell is just the 194th ranked defensive in terms of efficiency and I think we will see some points come from Princeton in this one. Another thing to consider is the pace that Princeton has been able to play at this year. They play to the nation’s 4th quickest tempo. Cornell ranks more towards the middle of the pack in terms of tempo so they’re not a stranger to picking up the pace as well. I expect Princeton to control the tempo in this one and we see a fairly quick pace here.

Cornell should keep this thing a game through most of it but I think Princeton proves to be too much and wins by double digits. Something like 85-73

This A10 matchup should be a good one featuring two solid offenses clashing for the A10 title. Saint Louis comes in ranked 50th in the nation in terms of offensive efficiency. The Billikens have been solid on the offensive end all year shooting the nation’s 69th best field goal percentage. They will be going up against a Davidson defense that ranks just 144th in the nation in terms of defensive efficiency.

Davidson has also been very efficient offensively this season coming in 10th in the nation in terms of offensive efficiency. They’ve shot the ball at a high clip all season coming in with the nation’s 20th best field goal percentage. Saint Louis is just a tick better nationally on the defensive efficiency side themselves coming in at #44. Davidson also has a knack for getting to the line, ranked 44th in free throw attempts. The Wildcats not only do well to get to the line but have made the most of their opportunities. Davidson has shot an impressive 75.8% from the charity stripe good enough for 42nd in the nation.

I think we see this game come down to the wire and perhaps overtime will be necessary. I see both teams getting in the low to mid-70s here, especially with an extra period. This one should be decided by less than possession and if forced to pick a side, I would be on the dog here.

Tulane, like most teams, should struggle with this suffocating Houston defense. Tulane does rank an impressive 55th in the nation in terms of offensive efficiency but going up against Houston will be no small task. Despite a highly prolific defense, I think this number is just a smidge too low. Tulane’s offense has been well balanced all year demonstrating an ability to attack the pain as well as the perimeter. They make the most of their offensive possessions ranking 56th in the nation in terms of field goal percentage. Tulane also has done a great job of taking care of the basketball. I don’t expect many turnovers from this squad. Lastly, I anticipate Tulane getting to the line quite a bit. They rank 108th in free throw attempts, nothing wildly impressive but close to the front than the middle of the pack. They have hit 76% of their free throws this season. All this points to Tulane being able to keep this one competitive throughout.

Houston not only has an incredible defense but their offense has been very efficient all season. The Cougars come into this one with the 14th most efficient offense in the nation. Tulane’s defense is decent, not great, ranking 104th in terms of efficiency. Houston is also the 23rd best team in terms of field goal percentage. Tulane will certainly have their hands full in this one but I expect it to be fairly competitive for a majority of the contest. Houston will get outta there with the title but they’ll need to put up 70ish. I think we see something like a 12-15 point win for Houston here.