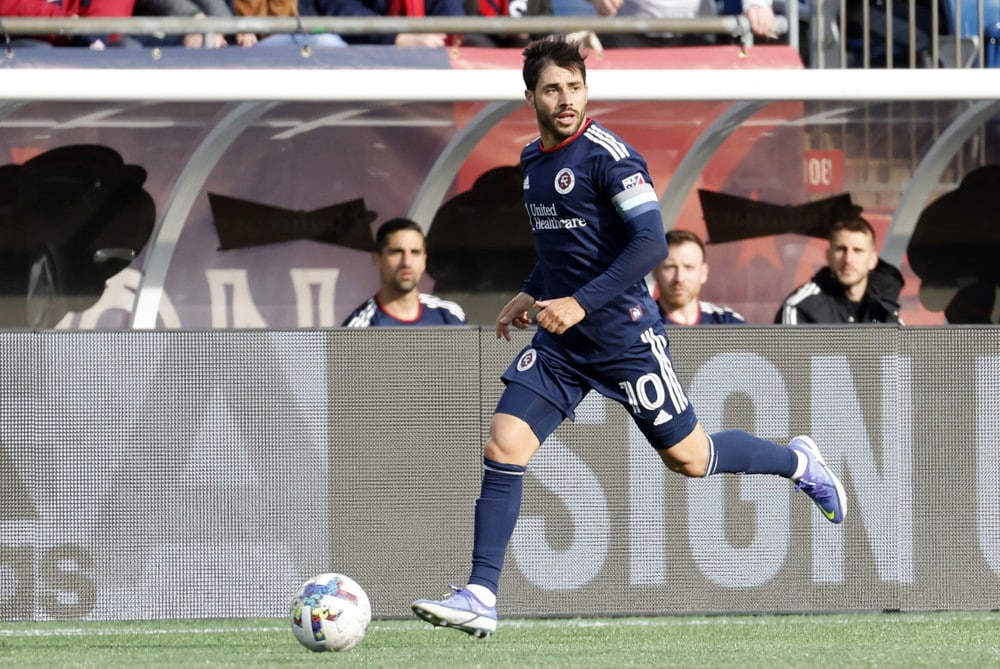 The first two weeks of the MLS are in the books and we are on to week three! There is a new face in MLS this season as we welcome the Charlotte FC. We also have new logos, players coming/going, and much more. Right now the surprise has to be the offensive juggernaut that is Austin FC. They have scored five goals in both games this season and sit atop the Western Conference. New York Red Bulls sit in first place in the Eastern conference While Seattle and Cincinnati sit at the bottom of their respective conferences. It’s a long season as we are just getting started, so let’s preview our Week 3 MLS picks for gambling and betting success!

The more I dig into this matchup the more I am seeing goals. It’s very early in the MLS season but it’s very clear that the Columbus offense is clicking and worth betting on in Week 3. In the first two games this season they have scored 4/3 goals. Those numbers might be a little skewed being that both their matchups saw their opponents receive a red card. But even before that occurred in those games, they were on the attack and creating chances. They are averaging 3.5 goals a game and are conceding an average of 1.5 goals a game (only one clean sheet).

Toronto on the other hand has started the season with two losses and is coming off a 4-1 loss to NY Red Bulls. Although Toronto held 67% possession in that match, they gave up 2.53 xG (expected goals) including five big chances where New York failed to capitalize on three of them. They have been extremely vulnerable on the counter so far this season but have shown that they can hold possession and create chances. They are averaging one goal a game while averaging 2.5 goals against. Toronto has failed to keep a clean sheet in both their matchups and in their last 12 dating back to last year.

H2H Stat: The last five out of six matchups in Columbus involving these two sides have seen 3+ goals.

Both these sides have started the season with one win and one draw. New England drew with Portland 2-2 in their first game of the season, while allowing Portland to create a 2.10 xG. They then came home to face Dallas where they took that match 1-0. Dallas lost their star player Ricardo Pepi last transfer window so they are expected to have offensive regression this year. That being said, they still created a 1.2 xG, 12 shots with seven inside the box. Now they will face a Salt Lake side who have gotten off to a slow start offensively but the numbers still look promising. Although they have only scored one goal in two games, their non-penalty expected goals (npxG) is 3.1. Which tells me that they are getting chances but are missing those big opportunities. That makes them a big-time upside pick for betting heading into MLS Week 3.

This should be an entertaining match to watch this weekend. Neither side has kept a clean sheet in their first two games while Philadelphia is averaging 1.5 goals a game and San Jose is averaging 2.0 goals a game. This is one of those matchups that when I checked the books on the total I was very excited by the number. I have this game projected at 3.1 total while the line is currently 2.5 (-115).

Two goals in three minutes for the Union!

Listen to the game live on the iHeart app & https://t.co/kykAOu71v3.

H2H Stat: Their last six head-to-head matchups have seen both teams find the net while four of the six went over three goals.

Welcome to MLS Charlotte FC! I love seeing MLS expand its teams and no better city than Charlotte. It’s going to take a little while for CFC to find its identity but I am definitely excited to see what they can do in year one. Unfortunately, they have struggled to start their new campaign and are on the road against a very good Atlanta side. Charlotte is a fun team, but not a trustworthy one when it comes to MLS betting here in Week 3.

Atlanta has started the season with one win and one loss. They looked good at home to start the season vs Sporting in a 3-1 victory but failed to find the net on the road against a tough Colorado side. Although they did not find the back of the net in their second match, they still held 64% possession and created a 1.06 xG while producing 12 total shots. Charlotte this season is conceding an average of 16 Sh/90 and 5.1 Sot/90. They have failed to keep their opponents off the score sheet this season and I expect the same results in this matchup.

H2H Stat: *This is the first meeting between these two teams.

The Red Bulls have started hot this season. Winning their first two games with score-lines of 3-1/4-1. Although those results, they have only held an average of 31% possession. Even crazier is that in those two games they have created 3.53 xG and 2.53 xG, which is telling me that they will absolutely kill you on the counter. Minnesota is a team that once they are behind, they will attack. If Red Bulls break open the scoring early, you could see them put up a crooked number at home. This is a fun MLS game and should preview the action ahead for the rest of 2022.

Three first-half goals for Morgan, guiding New York Red Bulls to a 4-1 halftime lead. Great pace on the break, carrying the ball nearly 40 yards before calmly slotting the ball beyond the keeper. Boys on fire.pic.twitter.com/DgEbgbOvxK

Minnesota is an offense that can find the net and although New York has looked dominant on the scoreboard, their defense has looked vulnerable these first two games. Minnesota is averaging 14 Sh/90 and has created 2.61 expected goals (xG) so far this season. I expected New York to capitalize on their chances at home while Minnesota will be forced to attack in this match leaving them exposed to the counter but also able to create their own opportunities in the box.