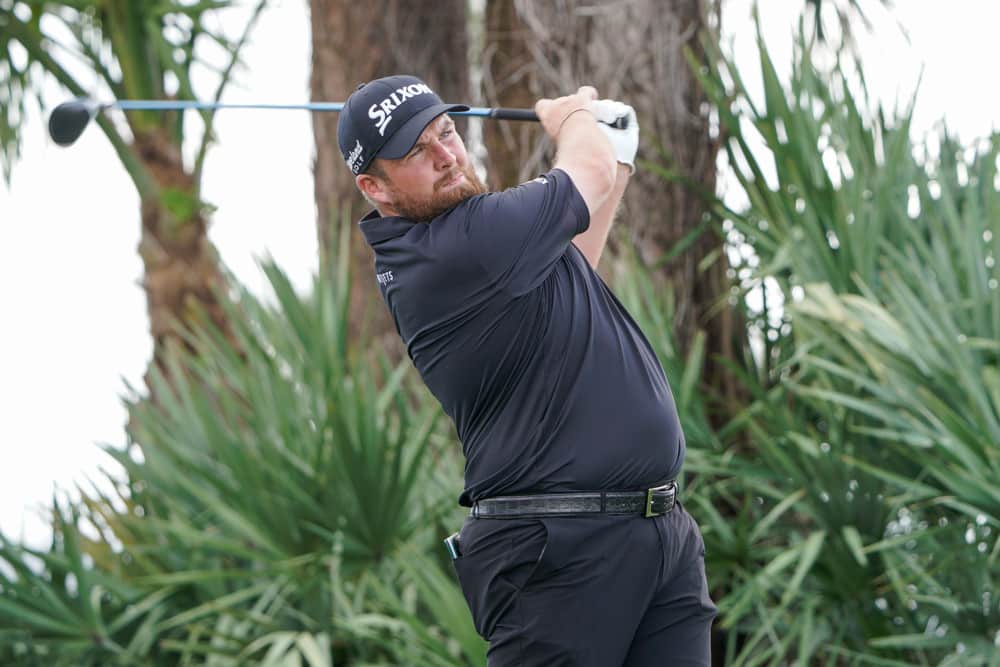 This week the PGA Tour heads to TPC Sawgrass for your PLAYERS Championship DFS contests. With a muddled weather report on the horizon, this event might be a little chaotic. Rain, wind, and cold temperatures are in store for the PLAYERS Championship this week. TPC Sawgrass can certainly show its teeth in tough weather conditions. It might be a wild ride in DFS Contests. Don’t write off any lineup until it’s all over.

At a place where elite iron players that struggle with the flat stick have shined, Collin Morikawa is the obvious play at the top of the board. Coming off a second-place finish at the Genesis, where he gained 6.84 strokes putting and 2.56 on approach, I like the form he is coming in with.

Colin is excellent at keeping it in the fairway off the tee, is dialed with all his irons, and has shown he can putt well on these types of greens before. I also think that Rory and Rahm will garner a lot of ownership, making Collin a decent pivot at the top. Collin is primed for a PLAYERS win in his career, so why not now.

Cantlay is officially my pick to win The PLAYERS Championship this year, and I think you will need to put him in your DFS lineups. Since last year’s Memorial, there is an argument to be made that no one has more win equity and is consistently atop the leaderboard on Sunday than Cantlay.

A Pete Dye specialist with two top 20 finishes at this event, “Patty Ice” is due for a high finish. The thing about Cantlay I like so much is that he has no holes in his game. He is excellent in all facets of the game. Having a complete game is needed to succeed at TPC Sawgrass. Cantlay ranks 2nd in total Strokes Gained over the past 50 rounds and is playing some excellent golf. He is a great DFS play this week.

Another golfer that I predict will be atop the leaderboard come Sunday is the 2019 Champion Golfer of the Year, Shane Lowry. Coming off a second-place finish and near-victory at the Honda just two weeks ago, Lowry will get his redemption this week.

Honda is another difficult, short Florida golf course with tons of water hazards. He also has a top 10 finish in this event last year. That shows he can contend at TPC Sawgrass. Another reason I like Shane is that the weather forecast shows wind and rain during the tournament. You cannot win an Open Championship without facing elements like this. Lowry at $8,000 is my favorite PLAYERS Championship DraftKings play this week.

Arguably one of the best iron players on the PGA tour is Russell Henley, he has also shown he can putt on overseeded surfaces. Therefore, I think Henley is a great DFS play this week. Henley has also been playing some excellent golf. Coming off a T13 place finish at  Bay Hill where he gained 3.4 strokes on approach, I like his chances. Winners of the PLAYERS Championship have been trending with their irons and he certainly fits that build.

I understand his course history at TPC Sawgrass isn’t amazing. But at an event with such volatility, I am willing to overlook it. There is also a great deal of crossover in Wyndham and winners of the PLAYERS Championship. Russell Henley has a great track record at Sedgefield Country Club and should have won the tournament last year. He’s a great pick in DFS this week.

It is hard to find a golfer with better course history than Brian Harman. He has two top 10 finishes at this event the past two years. Harman has always been a golfer that has thrived on Pete Dye tracks, and I see no reason it would stop now.

Brian also finished top 10 at  The American Express earlier this year, another Pete Dye track modeled to be the TPC Sawgrass of the West Coast. On shorter positional golf courses, Harman is always a play. I also don’t expect his ownership to be too high. This lefty is a must play in your PLAYERS Championship DraftKings lineups this week.