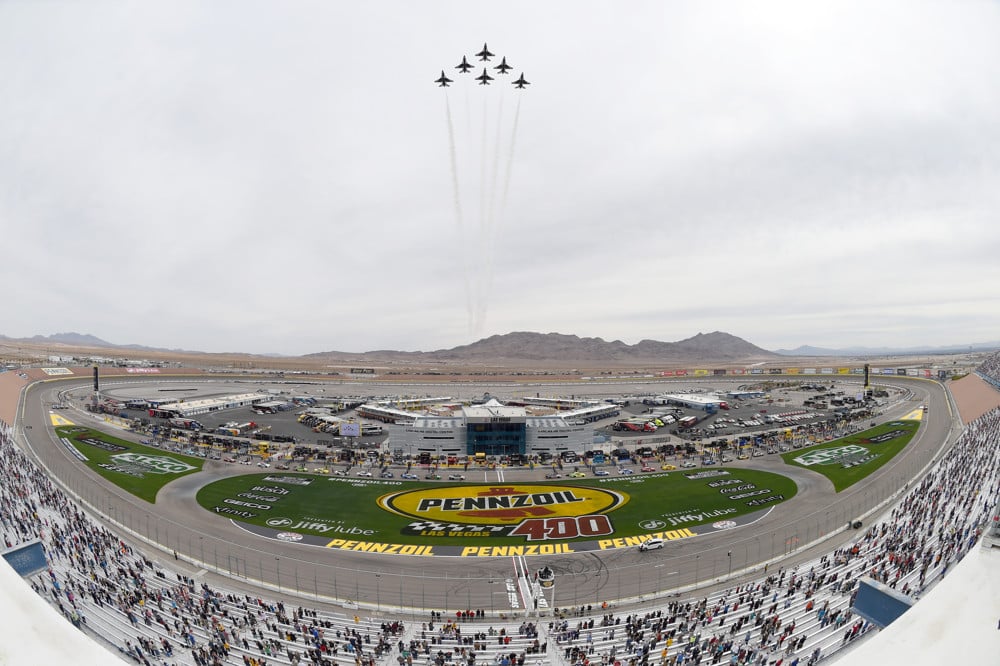 What a race! Last weekend’s Wise Power 400 at the Auto Club Speedway was an amazing race for the fans, packed with excitement and 32 lead changes! This new NextGen car has delivered so far in the excitement/ great racing category! We’ve also seen 19 different top 10 finishes through 2 races, the most we’ve seen in the NASCAR cup series since 1973. Aric Almirola is the lone exception finishing in 5th and 6th places respectively in the first two points paying events of the NASCAR season.

Defending Cup series champion Kyle Larson picked up right where he left off after 10 wins in points races plus an All-Star Race victory in 2021. Larson, however, may not have had the most dominate car. Listen to the NASCAR Gambling Podcast for more on our thoughts about that.

Moving forward to this weekend, we still don’t fully know what to expect from this race.
Fontana was a track with very little cautions in the past, and was littered with them last week
seeing 12 caution flags for a number of different wrecks and mechanical reasons. The Auto
Club Speedway was last paved in 1997 when the track opened, Las Vegas Motor Speedway was
re-paved in 2006 boasting a surface 9 years younger this track will still wear the tires pretty
quickly like we saw at Auto Club.

If you’ve listened to the NASCAR Gambling Podcast (if you haven’t you should!) you’ll hear my love for Ryan Blaney this year. And while his final result last week was disappointing, he showed us during the race why we should play him going forward. He was constantly one of the fastest drivers on the track and always up in the mix until the final caution when he got shuffled back. Some may feel “burned” by playing him last week and avoid him. This is a perfect time to stick with him.

Team Penske has been one of the best at Las Vegas Motor Speedway with wins in 2018, 2019 and 2020. They also have five top 10’s (and one 11 th ) out of a possible 6 in last years races here. Blaney himself has scored two straight 5 th place finishes. Their cars are always up front and fast here. I expect Blaney to keep that going this week.

"I'm sorry. I didn't know he was there."- Larson https://t.co/C6xwGVgTK6 pic.twitter.com/jcBjEwzdVS

NASCAR’s 4-time most popular driver should be the less popular top DraftKings option
compared to his teammate Kyle Larson ($11,300). While Larson won last week, Elliott appeared
to have the much faster car. A late race block by defending Cup champion Larson as 2020 Cup
champion Elliott attempted to take the lead forced Elliott into the wall. A spin a few laps later resulted in a 26th place finish while he watched his teammate raise the trophy. Elliott had the speed, and will be extra motivated to get back into victory lane, he’s also one of my favorite bets to win this race (+800)

The same argument can be made for Willy B. that can be made for his teammates Kyle Larson ($11,300) and Chase Elliott ($11,000). Hedrick Motorsports appears to have picked up right where they left off last season with some fast looking cars and a win with Larson last week at Auto Club Speedway. Byron allows you the same equipment at a cheaper price and can be used to pair with either driver. Byron arguably had the best car last week before an incident with Tyler Reddick forced him to retire from the race early.

Yesterday was @Aric_Almirola's second straight top-10 this season. It marks the first time in his 11 full-time Cup seasons that he has started a year with back-to-back top-10s. pic.twitter.com/8dkrP49SAJ

Almirola is another Pennzoil 400 DraftKings driver who comes up on the podcast often, he’s often forgotten due to his lack of flashiness and wins, but Aric is the only driver to record a top 10 finish in both races so far this season. He’s competing in his final full time season in NASCAR, sitting pretty at 7 th place in the points standings. I don’t expect him to dominate by any means. But, another top 5 or 10 finish should be solid enough to do the job!