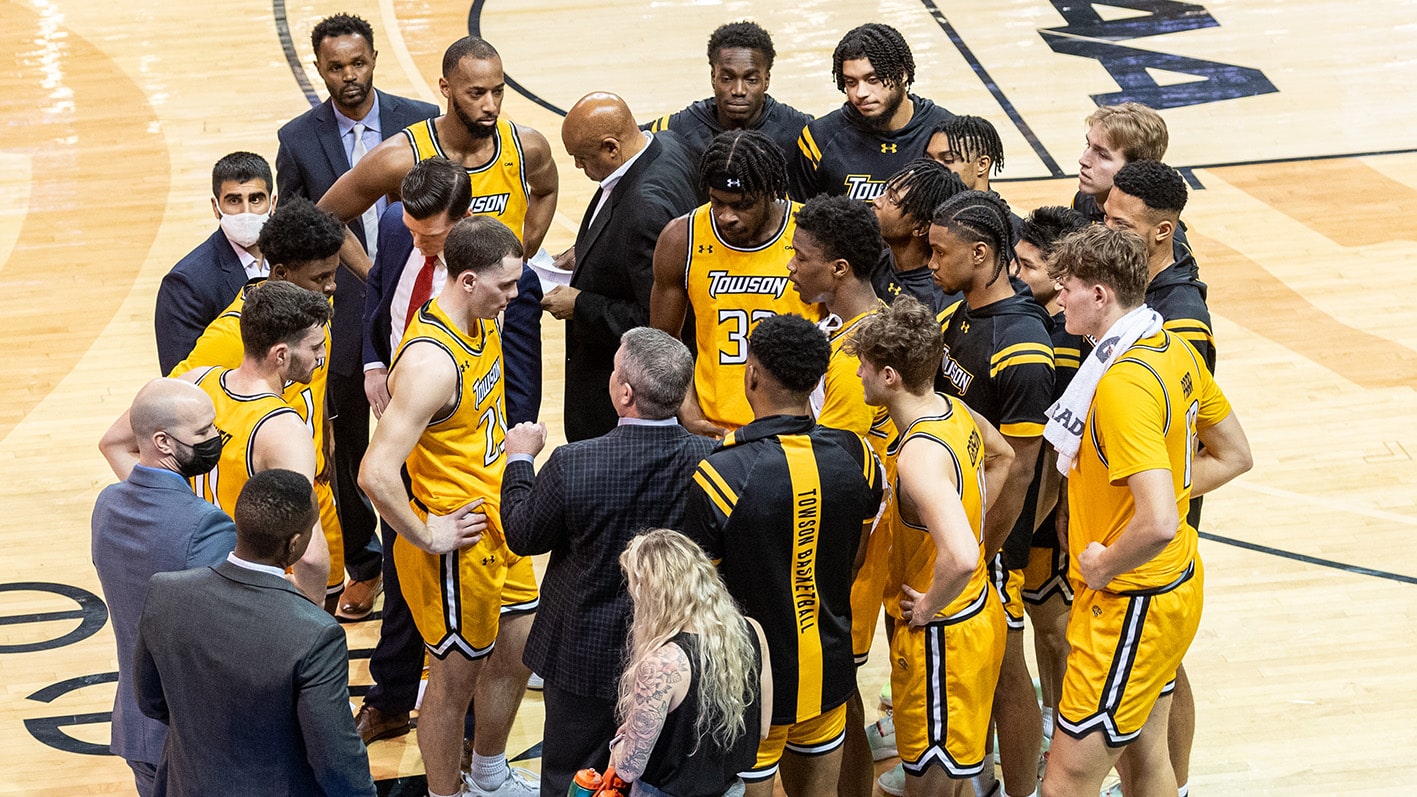 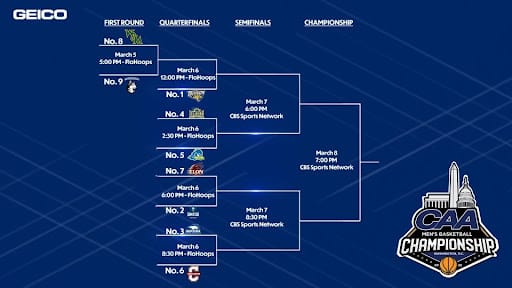 This has been an amazing turnaround for a Towson team who won just four games last season. Led by head coach Pat Skerry, these Tigers came back this year and won twenty-four games, claiming the regular season CAA champions and the number one seed in this year’s CAA tournament. Towson closed out the regular season on a seven-game winning streak and they aren’t just getting by their opponents, they’re beating teams by thirty-six, twenty-four, twenty, dominating on both ends of the court.

Towson might not be the biggest team in the CAA, but they hold their own on the glass with guys like Cameron Holden and Charles Thompson who give you a combined fifteen boards per game. Now having a guy like Cameron Holden that can give you a little bit of everything, 13.6 points per game and shooting 43% from the floor who sees the floor extremely well and you add the three-point shooting of guys like Nicolas Timberlake and Jason Gibson who both shoot over 40% from beyond the arch is a recipe for success. Towson collectively shoots 36.5% from three, 45% from the field, and 72% from the line.

Now what I think will be the x-factor for this team heading into the CAA tournament is senior guard Terry Nolan Jr. coming off the bench. When you got a guy like Terry Nolan Jr. who can impact the game on both ends of the court, it relieves some of the workload others have to do. He has a great midrange, fast downhill when driving and plays hard defense. I think teams have enough to deal with when planning for Towson, but when you bring in a guy like that it brings a different element to the game that is challenging for any team.

Towson’s Path to the Championship

Towson’s road to the final is another factor that I looked at when handicapping the CAA tournament. Towson will face the winner of the William & Mary/Northeastern game and Towson beat both schools pretty convincingly this year. The only challenging game I see for the Tigers would be in the championship round if they happen to run into UNC Wilmington. But the Tigers have recently shown us that the Seahawks are no match for them winning by a final score of 79-55.

With that being said, I think Towson has the easiest pathway to victory based on who they may end up playing. With how efficient this team has been playing and them shooting other teams out of the gym, I have no choice but to back the Tigers.