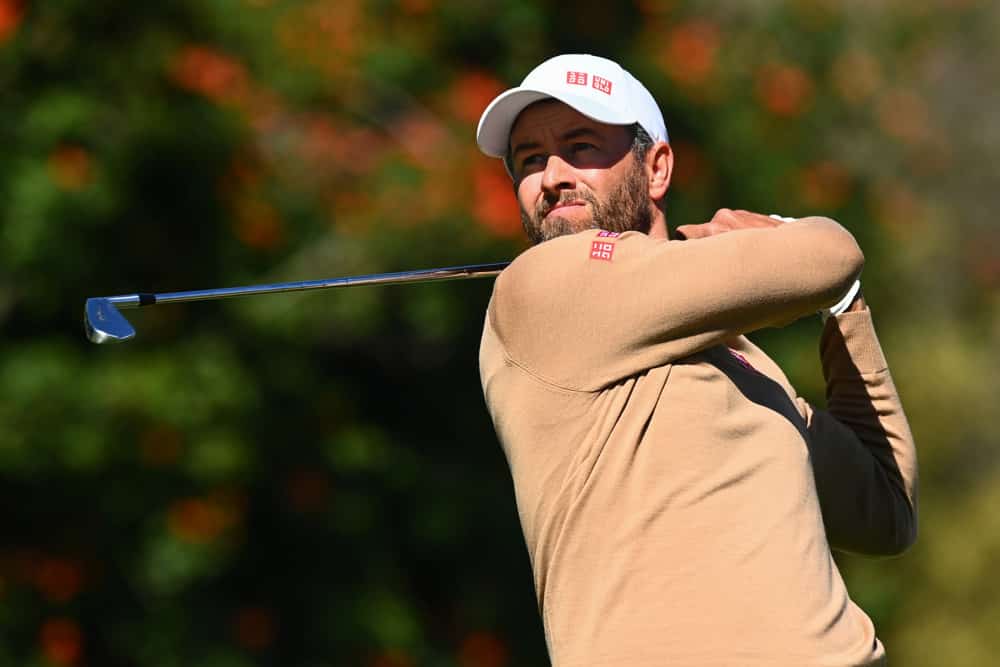 I think the challenge to betting Hideki is, conceptually, is he really winning three times in seven starts? It’s a stretch. But what gets me over the hump is the possibility that maybe Hideki has finally found some good consistency with his putting. Hideki has gained strokes putting in three of his last four starts. If that’s been ironed out, Hideki checks every single ball striking box one should be looking at this week at the Arnold Palmer Invitational. Great combination of length and accuracy. Elite long iron play. Good scrambler. Add in the ability to gain strokes putting on the field and he’s a serious threat to win this week. Hideki should be an outright pick on your Arnold Palmer Invitational betting card.

Sungjae Im has been pretty resilient this year. At the Sony Open, Sungjae got off to a terrible start and missed the cut. He responded with a great ball striking week at the American Express, followed by a T6 finish at Torrey Pines. Now gamblers have the opportunity to jump back on Sungjae Im again after another down week. Sungjae has alternated all year between bad iron play and good iron play. Last week at Honda, he struck his irons terribly. If the trend holds, expect a bounce-back on a golf course he’s been awesome at. Pick Sungjae Im 28/1 at the Arnold Palmer Invitational.

Adam Scott has had a ton of solid finishes over the last 7 months. He nearly (should have) won the Wyndham Championship. Last fall, he finished Top 10 at the CJ Cup and T14 at the BWM European PGA Championship. And he’s added Top 10’s in both DP World Championship Middle Eastern events and a T4 at Riviera. He’s hitting the ball awesome. He excels with his long irons. And he’s actually become a consistent putter, especially on fast surfaces. The concern for Adam Scott is how, on paper, erratic he is off the tee. But in his last two events, Scott was Top 20 in the field in Good Drive %. If the driver is in control, he can check off another win in Florida.

In full transparency, I don’t love this number. But I have a nagging feeling he’s going to be in the mix this weekend. We’ve seen Rose contend at Torrey Pines. If he didn’t play the 18th like a knucklehead he probably gets into the playoff. And he played well in three of four rounds at the AT&T Pebble Beach Pro-Am. A disastrous final round ruined his tournament. Rose has been great in his career at Bay Hill. And I don’t think he’s done winning on the PGA Tour. Pick Justin Rose on your Arnold Palmer Invitational card.

Erik Van Rooyen can absolutely bomb his way out of the tournament on Thursday. But at 100/1, why the hell not. He’s found a little more accuracy off the tee over the last year where he’s at least put himself in better positions to still hit the green in regulation. That helped Van Rooyen contend at a penal golf course like Liberty National, where he finished 7th. He also added a pair of Top 12 finishes on the DP World Championship Middle East swing against legitimate fields and legitimate competition. And he’s on a really good run with all his irons, including his long irons. Plus he’s founded some good consistency with his putting over the last year. This might be a ticket you toss in the trash after Day 1. But it also could be one you’re sweating hard down the back nine on Sunday.

Fitting Hovland into your card probably requires you to get rid of one of Hideki, Sungjae, or Adam Scott from at their respective prices. But if you’re someone who caught all three at better numbers early in the week, or if you just don’t care about being levered up on outrights at the expense of the other props on your card, add Hovland to the card. There’s no reason why someone who is great at places like Riviera, Torrey Pines, and Quail Hollow can’t be great at Bay Hill.

Which is why it’s puzzling why Hovland hasn’t been better at Bay Hill. In three tries, he hasn’t cracked the Top 40. But heading in the weekend last year, Hovland was solidly inside the Top 5 on the leaderboard. He had a disastrous weekend, followed by a quick missed cut the following week at TPC Sawgrass. Could Hovland maybe have suffered an injury over the weekend that stretched into the following week? Possibly. Because his game is really well suited for Bay Hill. He’s very long and accurate. And he’s the best iron player in the field. While his scrambling is a concern, Hovland has had great finishes on other tracks that seemingly require good scrambling, like Quail Hollow and Riviera. I feel comfortable he can overcome that this week at Bay Hill.

If you can fit Hovland into your card without overextending yourself, do it.

The high-level analytics hate Marc Leishman. It’s because there’s still a ton of crap data in his long range metrics. But I think it’s safe to say that since the beginning of the 2021-2022 season, Leishman is back to playing great golf. And he’s great at Bay Hill. He’s a former winner who also has three other Top 10’s at Bay Hill. He’s coming off a T15 at Riviera where he gained in every strokes gained category. And it looks like there will be some gusty wind conditions over the weekend. That’ll make the golf course play really tough. Maybe Leishman isn’t in the mix heading into the weekend, but I expect him to rise up the leaderboard in tough conditions with others melting around him.

It’s best not to overthink things in golf betting. And if WynnBet is offering essentially a football game price on Rory McIlroy finishing inside the Top 20 at Bay Hill, take it. Not only is McIlroy a god at Bay Hill, but he’s also in excellent form. Rory hasn’t finished outside the Top 20 in any event since last August. Make sure to add this one to your betting card.

Will Zalatoris -120 over Tyrrell Hatton

Will Zalatoris is a popular pick this week. It’s for good reason. Zalatoris is excellent tee-to-green and is a tremendous long iron player. And he was great in his debut last year. He should be great once again in 2022.

As for Hatton, he obviously has great course history as a former winner. And he played great over in the Middle East. But Hatton’s results in the Middle East are a little misleading. Hatton back doored a Top 10 in Abu Dhabi with a final round 67 after a disastrous 77 in Round 2. And Hatton got off to a great start in Dubai, only to limp home with a +1 weekend. Plus, Hatton isn’t hitting it as good off the tee or with his irons as he was when he went on an unconscious stretch of golf where he won four times in a 14-month stretch. Pick Zalatoris to beat Hatton straight up at the Arnold Palmer Invitational.