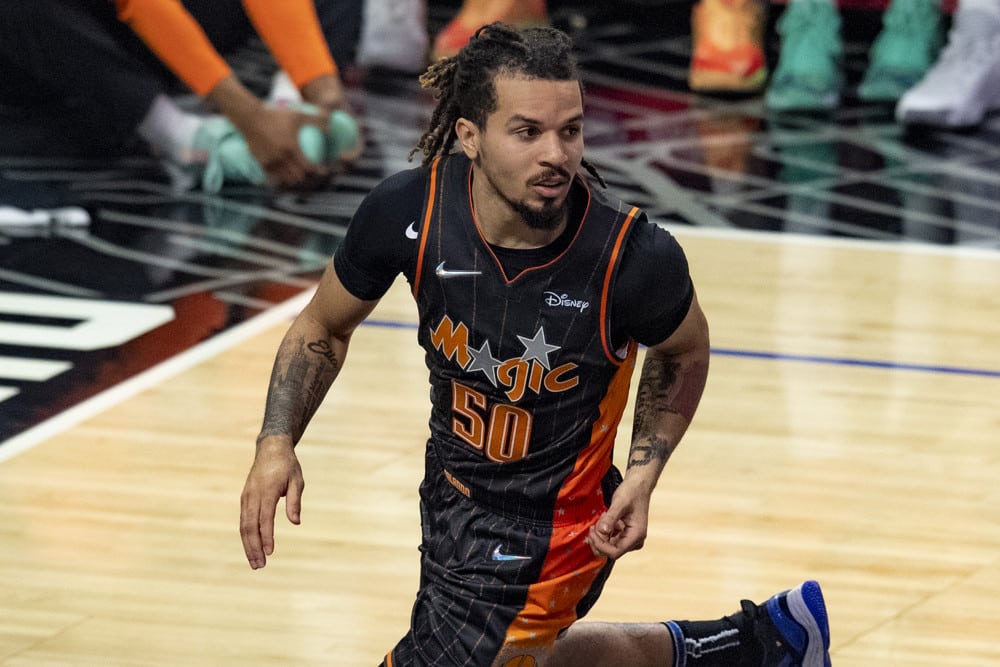 While the Three-Point Shootout has become one of the must-see events of NBA All-Star Weekend, the Slam Dunk Contest remains the headliner of Saturday night.

The field size is back up to four after just three competitors last season. Let’s break it all down and see who has got what it takes to take the crown in Cleveland.

The Houston Rockets rookie comes into Saturday night as the favorite for this event and it is easy to see why.

Green has arguably the most explosive athleticism out of the four contestants. He also has experience in this type of setting, winning a dunk contest in the Philippines in 2019.

Leaping ability and athleticism are all key factors in the dunk contest, but as we know, a little showmanship can go a long way as well. According to Bleacher Report’s Taylor Rooks, Green could have something special up his sleeve, collaborating with NBA Top Shot and their NFTs.

Add it all up and Green makes a strong contender for the dunking title.

After finishing as the runner-up last year, the second-year forward is looking to avenge his loss. Toppin was the favorite going into last year’s contest before coming up short against Portland’s Anfernee Simons.

Watching back the highlights, you could make the case that Toppin actually deserved to win. At 6’9” Toppin is the tallest dunker in the field. Historically, dunkers of his size haven’t fared as well as their shorter counterparts. Only five dunk contest winners have been 6’9” or taller. Regardless, it would surprise no one if Toppin comes out on top in 2022.

Anthony is the shortest dunker of the four, coming in at 6’2”, but don’t let that fool you. Dude can get up!

It’s not just about jumping high for the 21-year-old. As shown in the video above, he can contort his body and throw down 360s with ease. Also, the Orlando Magic guard is a dunk contest champion. He took first place at the City of Palms high school contest in 2018 and finished second at the McDonald’s All-America competition in 2019.

Just like his fellow competitors, Toscano-Anderson has contest experience. The Warriors forward won a competition when he played in Mexico’s top pro league.

Toscano-Anderson is a strong leaper with power. That’s a strong combo that could help the presentation of his jams. A relative unknown, the man they call “JTA” could be a household name by next week if he has a good showing.

As you can see, the field is strong this year with all four men having a legit chance at winning. Will it be Jalen Green, the young Rocket ready for take off? Is it Obi Toppin who is looking to prove that he was the real champ in 2021? Maybe it’s Cole Anthony and his supreme confidence that will prevail. Or is Juan Toscano-Anderson, the dark horse that’s ready for prime time? I can’t wait to find out on Saturday night.