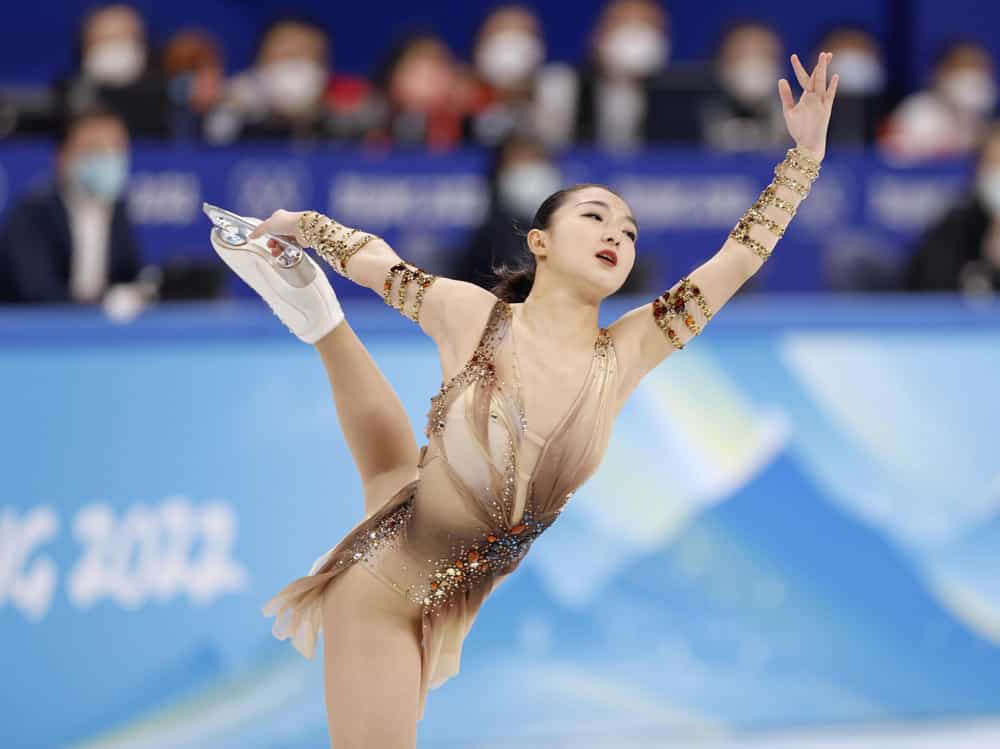 Another marquee event is coming up and this time it is Olympic Women’s Single Figure Skating.

The event first appeared along with its counterpart, men’s figure skating, in 1924 where American skaters dominated the podium. America has accounted for 23 total medals, seven of which are gold, all the while Austria is behind us in medal count at just seven medals. But this year is a different story as the Russian Olympic Committee (ROC), yeah the Russians, hold the top three favorites to win gold and can pull the first podium sweep in Women’s Singles Figure Skating history.

Can the likes of Mariah Bell or Alysa Liu crack the top three or steal gold?

Can Japan’s Kaori Sakamoto pull a Miracle on Ice part two and beat out Kamila Valieva? Let’s break down the skaters participating in the 2022 Winter Olympics Women’s Singles Figure Skating event and see if we can answer this question.

How to watch: Stream on Peacock or NBCOlympics.com

So let’s address the elephant in the room; yes, Kamila Valieva failed her doping test. There is a lot of controversy in this but the Olympic Committee has allowed her to compete and this means her odds are live. The young phenom has had plenty of success in her early career. When she wins, she wins gold. In the 2021-2022 she has already received gold in the 2022 European Championship and she has led ROC to the gold in this year’s Winter Olympics team event. She is already touted as the greatest female skater ever! This is big praise for a fifteen year old, are the expectations going to be a little too much? She is currently leading the pool after the Olympics short run.

Coming in right behind Kamila as the second favorite to win gold is another Russian skater, Anna Scherbakova. Not much older than Kamila, Anna has only two more years of experience but still an impressive resume. Gold medalist in the 2021 World Championships and in the World’s Team Event. He has also collected two silver medals in the European Championships. She is a three-time Russian National Champion and is currently sitting atop of the world standings. This is her first trip to the Winter Olympics and is looking to make a splash. She is currently placed second after the Olympics short run.

Rounding out the top three favorites is the final Russian in the field, Alexandra Trusova. She is placed right behind Anna Shcherbokova in the world rankings at number two. The majority of her success comes from her years as a Junior Skater, finishing with gold in back to back World Junior Championships in 2018 and 2019. Right before her Olympic appearance, Alexandra had to dig herself out of a hole in the 2022 Russian Championships after botching her short program. She redeemed herself in the free skate and earned herself a silver medal. She is currently placed fourth after the Olympics short run.

Our first non-Russian skater comes in as the fourth favorite to grab the gold medal. Karoi Sakamoto is making her second appearance at the Winter Olympics after placing sixth her first go around. Since that Olympic run she has been floating around the top 5 in the world rankings and has received both a silver and bronze medal in the World’s Team Event. She is Japan’s National champion and is currently placed third after the Olympics short run.

Loena is making her second Winter Olympic appearance and while her first go at it was less than ideal with a 16th place finish, she is coming into this winter sports with a bit of momentum. Ranked tenth internationally, this Belgium skater wrapped up the 2021-2022 season with a bronze finish in her Grand Prix assignment and a fourth-place finish in the 2022 European Championship. She is hoping to learn from her mistakes that lead to this fourth-place finish in order to take on the Russians. She is currently seventh after her Olympics short run.

Only America’s fifth-ranked women’s skater, she comes into her first Olympics with the highest odds to place top three out of all the other American skaters. Since the 2020-2021 season, Mariah Bell has one Gold on her Grand Prix assignment and has finished first in the U.S Championship. At the age of 25, she is the oldest women’s skater to represent the United States. This level of experience could mean well for her run to a podium finish in this event. She is currently 11th after her Olympics short run.

Another youthful skater, Alysa Liu made her international senior debut this year and she is already making some noise. She already has two gold finishes in the two Challenger Series events she has competed in this year. And in her last three national championships she obtained another two gold medals. Alysa is ranked 14th internationally but this would be considered her floor in what is a promising career. She is currently eighth after her Olympics short run.

Inspired by the Korean great Yuna Kim (two time Olympic medalist and world champion), Kim Ye-lim started skating over 12 years ago. Some of her most recent success includes back to back medals in the South Korea Championships. She received her spot as the South Korean representative after her 11th place finish at the 2021 World Championships. She is currently ninth after her Olympics short run.

The stars are aligning for a Russian sweep, taking all three medals home. But the field may have something to say about that. The value to win gold is in Anna Shcherbakova at +375. Sitting as the number one ranked skater, Anna is tailing Kamila going into the free skate. Another bet I would suggest is Kaori Sakamoto to medal at +140. She is currently sitting at third after her short-run and needs to hold that place through her free skate.