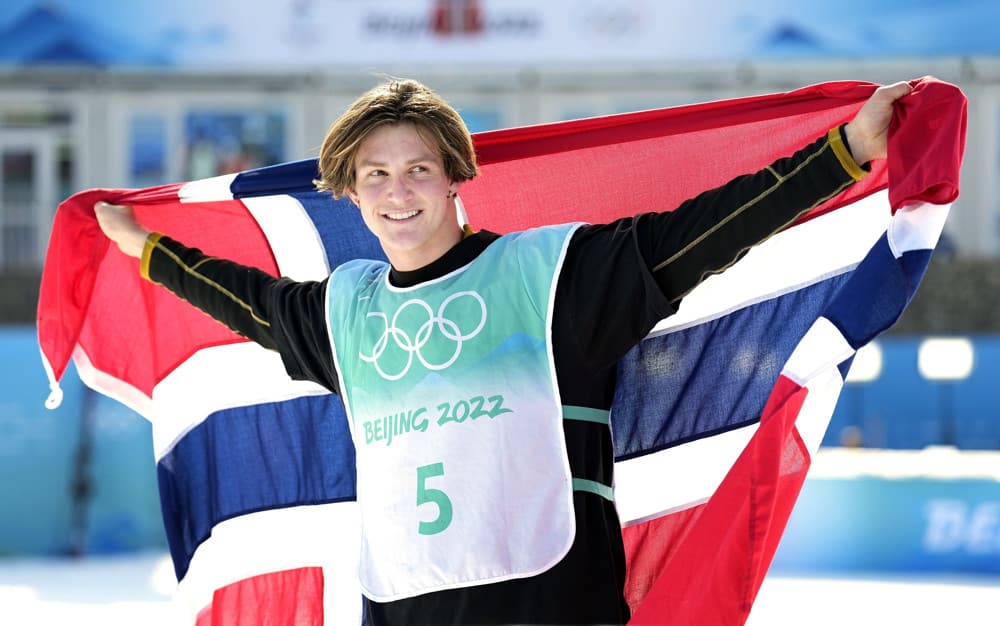 This year’s Olympic Freestyle Skiing Men’s Slopestyle competition marks the event’s third appearance in the Winter Games. For those unfamiliar with the sport, imagine a skateboarding competition, mixed with snowboarding, and ski jumping. In this particular event, competitors get to come up with their own routines. They can even change it on the fly if the mood suits them. Anything goes in Freestyle Skiing, so you’ll be treated to some big air and plenty of twists turns, and grabs along the way.

Early lines are available now on most books. Also, due to an unexpected snow dump, all Slopestyle events in both the Men’s and the Women’s events have been postponed by 24 hours.

If you watched Andri Ragetti’s second run in the most recent X Games Aspen event, you’d understand why he’s the gold medal favorite. His rail work was clean and his rotations were on point. More importantly, he ended it with a perfectly executed switch double 1620 for the win. Ragetti’s run held up despite at least two more attempts through the field to unseat him. This victory though is one of many for the young Swiss skiing phenom. In fact, he won the World Cup event at Font Romeu earlier in the month. That victory was made even more impressive by the fact that it was his first since March of 2021. Ragetti had spent the previous months recouping from tears in his PCL and MCL.

Unfortunately, he is entering this event on the heels of a disappointing outing in the Big Air event last week. Ragetti failed to qualify for the event finals and finished in 14th place overall. Now that he’s had a chance to shake off the Olympic jitters, he can focus on the event he’s poised to excel. Even after his less than stellar showing on the Big Air course, he’s still the favorite to stand at the top of the Olympic Freestyle Skiing Men’s Slopestyle podium. Bet him accordingly.

Momentum is clutch in sports. You can argue that nothing builds momentum in the Olympics that already putting a gold medal around your neck. This is precisely what Birk Ruud did in the Big Air event last week. Ruud stuck one of the most impressive switch triple cork 1980s you’ll ever see en route to his big Olympic victory. He will forever go down in history as the first to win the gold medal in Olympic Big Air Skiing. To put a bow on his win, Ruud carried a Norweigan flag on his final run knowing he already had the gold on lock.

Ruud overcame an injury of his own to stomp out the Big Air win. Two months ago, he suffered a knee injury that kept him from competing in the Aspen X Games event. He’s not quite as accomplished in Slopestyle as his competition. That said, you have to assume he will be more relaxed than everyone else with a gold medal in his pocket. This could lead to him taking bigger risks on the course and setting the bar even higher for the rest of the field. Norway has been taking home the hardware hand-over-fist so far. Ruud will do his best to add to that.

Coming in as the favorite of the Americans to win the gold, Alex Hall certainly has the goods to pull it off. Hall put down the first-ever 2160 in the Big Air event in Aspen earlier this month. He followed that up with a big fourth run in the Slopestyle to catapult him all the way from the ninth spot to the bronze medal. He did win gold in the event in 2019. In Norway the following year, he brought back the silver medal. He’ll need to put the runs of his life here in order to take home the top prize. The good news is that he has every trick in the bag to help him get there.

The young Canadian Max Moffatt will be making his first appearance in the Olympics. He’s coming off of a silver medal performance at the more recent Aspen X Games. His final run touted some of the better rail work of the event and he ended with an impressive double bio 1620. He’s got a World Cup gold medal already on his resume. He’d love nothing more than to leave his first Olympic games with another gold medal. He will have to overcome the disappointment of a 20th place finish in the Big Air event last week. But, he’s young and has a short enough memory to go big for his Olympic Freestyle Skiing Men’s Slopestyle debut.

While certainly a long shot to win the gold, Mac Forehand has just the right amount of dark horse potential to consider at least a sprinkle of action. Forehand was poised to take home the bronze medal in Aspen last month until he was pushed aside by his teammate Alex Hall and his big run. This event is still relatively new and the field is still wide open to any and everyone having a shot at winning. If you want to take a shot deep in the field, Forehand will be a fun one to watch. He did make the finals for the Big Air event earlier, where he managed an 11th place finish overall.

As far as dart throws go in this Olympic Freestyle Skiing Men’s Slopestyle event, James Woods (no, not the actor) could end up making some noise before it’s all said and done. Woods has gold medals from both the World Championships and the X Games in his past. Granted, those medals are a few years removed, but he does in fact have first place potential. He laid down a pace-setting first run in Aspen last month, but could not follow it up on his subsequent runs enough to build on his lead. He’ll want to redeem himself in these Olympics after crashing out of the Big Air event last week. Look for him to come at this course with some heat and try to overcome his long odds to stand at the top of the podium.