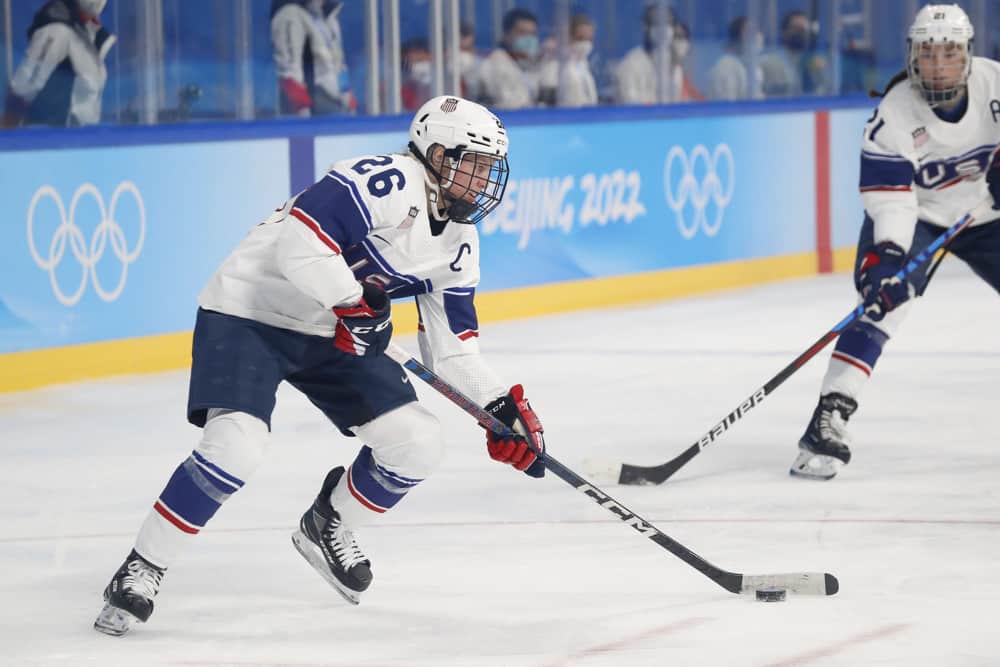 The field is set for the Qualifying Round in Olympic Women’s Hockey. Unsurprisingly, the determination of the top seed in Group A came down to the final round-robin matchup between Canada and the United States, which Canada won 4-2. Meanwhile, Group B was taken by the Japanese squad, who secured nine points and did not register a regulation loss in four games played.

With the final field of eight set, let’s take a look at the predictions.

Preview: The Czech Republic has benefitted from superb goaltending in the round-robin play. Klara Peslarova and company only allowed four goals at even strength, with tightly-played wins over China and Sweden and an overtime loss to group leader Japan. Their modus operandi is to win tight, low-scoring games.

The problem is, they’re playing the United States, the best shot-generating team in the Olympics. The over/under for total goals has been set at 8, with the over at +105. The spread is currently 6.5 goals. While Czechia’s defense may limit the American offense to “only” six or so, it’s highly unlikely the Czech are able to put up much else on the States.

Preview: Canada is averaging 8.25 goals-for per game, meaning that an average game would put them right up against the over/under for the game, set at 8.5. With the over set at +100, it isn’t a terribly lucrative play, but it’s certainly worth considering given the likelihood of a blowout in this one. A -7.5 spread being set at -130 is also attractive, considering Sweden produced just seven goals in four games during the round robin.

Preview: The Russian Olympic Competitors bested Switzerland 5-2 in their round robin meeting. Though shots on goal were fairly even, it was Russia’s response after allowing goals that proved to be the difference. Twice Switzerland evened the score in the first two periods, and twice they surrendered the lead right back shortly. The first tie lasted just 13 seconds, the second 3:33 minutes.

The one thing that could prove to be an x-factor is Russia’s powerplay, which failed to generate a goal in 11 opportunities in the round robin. Swizterland, meanwhile, netted four powerplay tallies on 21 chances (19.0%) and even scored a shorthanded goal against Russia.

If there’s going to be an upset in the qualifier, this is the best bet. Russia is dealing with rampant COVID problems, and Switzerland has a +170 on their money line.

Preview: Japan had a strong showing in Group B, winning twice in regulation and once in overtime plus an overtime loss. Their reward is facing off with Finland, who is coming off a 5-0 shutout win over Russia. Finland is a consistent competitor for the bronze medal, so a victory for Japan would be nothing short of massively historic. And there is at least a glimmer of hope, considering the Finns had the lowest save percentage of any team in the round robin at just .867 and the second-worst goals-against average at 4.78.

That notwithstanding, Finland simply has too much firepower and too much history to bet against them. Hence why the lines are so heavily slanted.