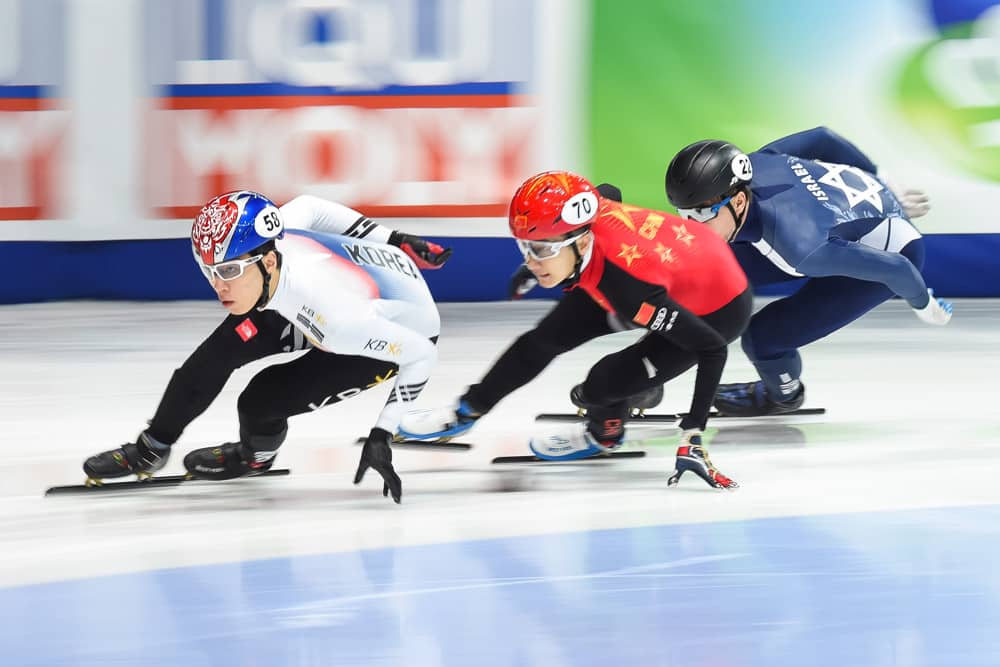 There has been a ton of buzz and controversy surrounding 2022 Olympic Men’s Short Track Speed Skating so far. Rulings made by judges seem to be favoring the Chinese athletes in various events. Nevertheless, I grew up in Michigan as a hockey player. I admired the athletes like Apolo Anton Ohno that competed in Speed Skating/Short Track Speed Skating growing up. The two are still some of my favorite Winter Olympic Sports to watch and betting on the action makes it even more fun. There are great chances for large underdogs to hit due to wipeouts and Disqualifications. In this article, I will give an overview of the best bets to place in the Men’s 1500m Short Track Speed Skating Medal Event.

Russian Semen Eliastratov is the betting favorite (+220) for the Men’s 1500-meter Short Track event. That said he isn’t getting any of the attention right now. One of the biggest stories coming out of the 2022 Beijing Winter Olympic games so far has been the rivalry developed in Speed Skating on the Short Track between South Korea and China. Two actions that happened during the Men’s 1000-meter Short Track event have been under the spotlight over the last two days. One was South Korea’s Hwang Dae-Heon’s late pass in a heat that “caused contact.” The other was China’s Ren Ziwei’s controversial final stretch against Hungary’s Liu Shaolin Sandor to win the 1000m final.

Hwang Dae-heon was judged as "an illegal late passing". There are two blue lines on the court. If hwang passes inside after leaving the blue line and entering the corner, it is considered as a foul.And he was in physical contact with Li Wenlong.

South Korea filed a letter of appeal to the International Skating Union and the International Olympic Committee (IOC). The appeal stated that the judges showed bias against Korean skaters causing emotional distress. I’ll leave it up to you to decide whether the Korean’s have a valid case or not. In sports, we don’t call it “emotional distress” we call it, “in need of revenge.” What is the best way for South Korea to get its payback? Win the next race. Ironically, Hwang Dae-Heon is the highest-ranked Korean in the field for the 1500-meter 2022 Olympic Men’s Short Track Speed Skating event.

The 1500m isn’t Dae-Heon’s best discipline (he holds the Olympic Record in the 1000m he was DQed in) but there is not a heavy favorite for the race. With all of the collisions and DQs we have seen so far on the Short Track, Dae-Heon could get some help, and we could hit big.

If the judges keep acting shady with their rulings favoring the Chinese athletes, you may want a piece of Ziwei. China’s top skater for this discipline enters as the book’s second-highest favorite to win at +250. A lot of attention is on the 24-year-old, and he has lived up to it so far in the ’22 games.

#쇼트트랙
This is Hungary's Liu.He first pushed Ren Ziwei away, leading to Ren Ziwei being pushed out of the blue line. Liu is the one who violates the rules of the game pic.twitter.com/rJNeSThq5f

Liu Shaolin Sandor has had a few heartbreaking moments so far in Beijing. In the Mixed Team event final the Hungarian team was unfortunately involved in a wipeout. They finished with Bronze. Then, in the 1000m race Liu Shaolin Sandor was in the photo finish with Chinese skater Ziwei. The Hungarian has been on his “A” game so far and has sniffed gold in two straight events. Is the 1500 meter the Olympic Men’s Short Track Speed Skating event that he wins?