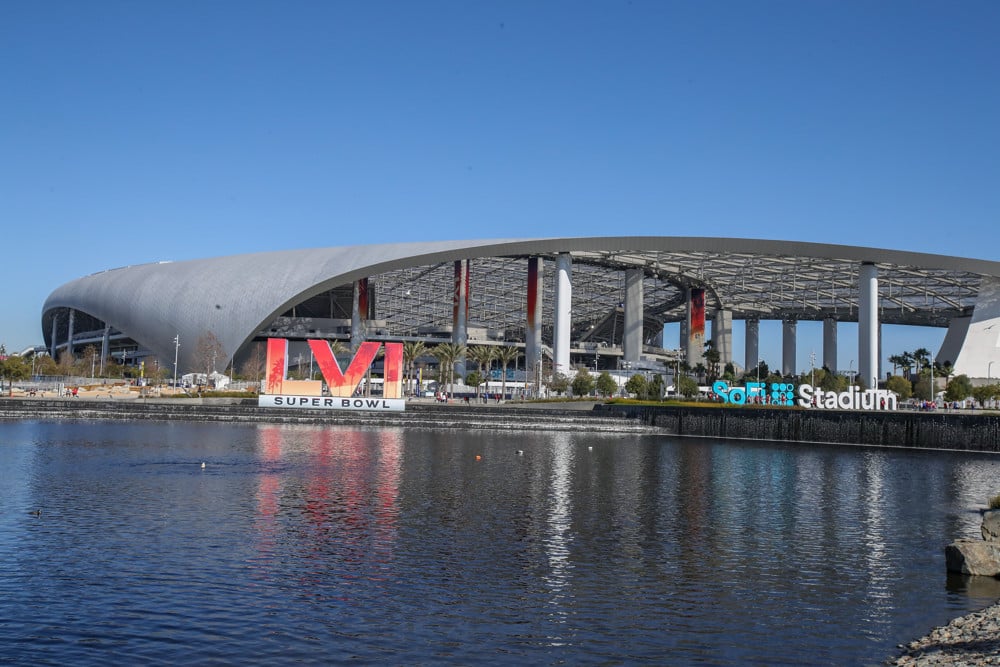 The Super Bowl is just around the corner, and if you like free money and player props, SGPN has you covered.

The Sports Gambling Podcast Network is running a $100,000 Super Bowl Props Contest. All you have to do is download the SGPN app on the iOS or Google Play Store, sign up with your email, navigate your way to the Contests page and enter for free! Let’s go over a few of the props in the contest to give you guys a preview of what it includes. Go here if you’re looking for more info on betting on the Super Bowl.

Result of the Coin Toss

For me personally, until someone comes up with a rhyme for heads, I will float or sink with “Tails never fails” Obviously, everyone has their own superstition with coin tosses but if you’re not putting some skin in the game on the coin toss, are you even watching the super bowl?

First Player with a Reception

There are so many stud receivers in this game, this is such an awesome prop. You get to choose between Cooper Kupp and his right-hand man Odell Beckham JR. On the other side of the side of the ball for the Bengals, you have Jamar Chase and Tee Higgins. There is also a fifth option which is the field or no receptions. These two quarterbacks have so many targets to throw to, but I do think it will be one of these four listed.

This is one of the tougher Super Bowl Props Contest decisions. You obviously are choosing between any of the four quarters, however, there is also a fifth choice which is that two or more quarters will be tied for the most points scored. I personally like to rule out the first and third quarter for my choices. The teams can move the ball down the field before the end of these quarters which gives us a couple of extra yards going into the second and fourth quarter. I think this game is going to start out slow and ramp up towards the end of the game.

It is very clear that Kupp is one of the best, if not the best receiver in the NFL this year. Matt Stafford and Kupp have had a great connection since game one this year. Kupp is averaging 114.5 yards per game this year. SGPN has set this line at 105.5 yards. This is a lot of yards to get in the Super Bowl, which makes me want to lean the under. However, life is too short to bet the under and it could only take one breakout catch for Kupp to get 50 yards.

Time (Elapsed) of First Score of the Game

I think this is one of the easier bets in the prop contest. Is the first score of the game going to take more or less than six minutes? I said this game was going to start out slow, but I do believe these teams will score quickly. A field goal obviously will count towards this prop and that is what I think will happen. These are two high-powered offenses facing off on Sunday night. I think the ball will be able to quickly move into field goal range, and that may light a fire under the defense.

While this game features two high-powered offenses, I do not think there will be a lot of explosive plays. The Rams defensive line, lead by Aaron Donald and Von Miller, is going to be tough to run on. Jalen Ramsey will definitely be on Jamar Chase as well so he will be able to limit those huge plays we love seeing from Chase. On the other hand, we really watched this Bengals defense step it up in the second half against the Chiefs. They held the Chiefs to three points in the second half and overtime. If they are able to keep that type of intensity up, I do not see a large breakout touchdown happening in this game.

I absolutely love this prop. Will the longest Field Goal be over or under 47.5 yards? I’m putting my faith in Evan McPherson on this one. McPherson has only missed five field goals all year, none of which have come in the last four weeks. He has hit multiple field goals over 47.5 yards this season, two of which came against the Titans and Chiefs. I think the Rams defense will be able to hold the Bengals to a few field goals which is how this ultimately hits.

Here is a tricky one. Matthew Stafford is just about averaging one interception a game. I believe he will help us out and give us at least one more in this contest. The big question is, will the Bengals turn it over? Burrow is averaging slightly fewer turnovers than Stafford but is still prone to throw one interception. In addition to the possibility of an interception, the Bengals have lost seven of their eighteen fumbles this season. While these offenses are capable of turning it over, we can couple them with these good defenses which will lead to a few turnovers.

We all know that Jamar Chase is the stud receiver on the Bengals. Secondly, he is averaging the most yards per catch for the Bengals at 18 yards per catch. I think it would be disrespectful to Chase not to take the over here. He is more than capable of going deep or catching a short pass and getting the yards himself.

This is the prop where you have to dig deep and get creative. Think of all those football numbers that have been engraved in our brains. Do you think there will be a couple of field goals or are these teams going to find the end zone with ease? These are the things we have to think about when handling this prop bet. With all things considered, I believe the Bengals win the Super Bowl with a score of 30-23.