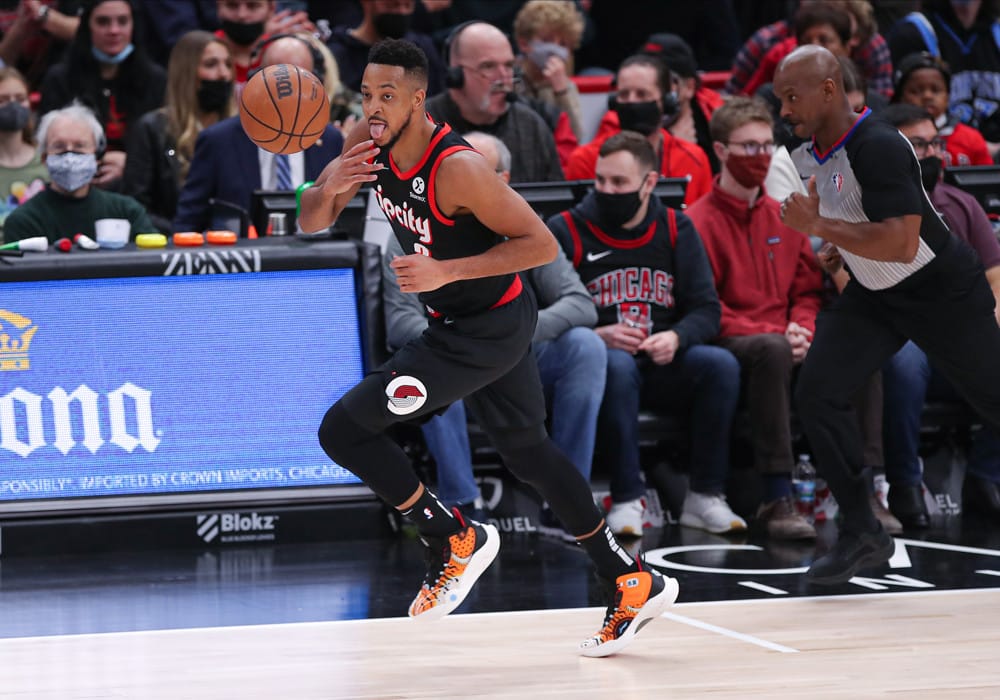 WynnBET is at it again with some great promotions for new customers! If you bet $10 as a brand new customer, WynnBET will give you $200 in free bets! Make sure to take advantage of this promotion if you are in a qualifying state and are eligible to bet with WynnBET!  There are great opportunities tonight to take advantage of this promotion in the NBA. I will give you a few bets to get down on!

The Blazers head to Oklahoma City to take on the Thunder tonight. Like countless teams in the NBA, both teams are dealing with injuries on their respective teams. Thunder’s star Shai Gilgeous-Alexander is sidelined with a sprained ankle. Further, the Blazers are without All-Star Damian Lillard and role players Larry Nance Jr., Cody Zeller, and Nassir Little for the rest of the season. However, the Thunder have struggled this season without SGA. In fact, in five games without SGA this season the Thunder are 0-5 straight up. This includes a blowout loss to the Grizzlies by 73 points. Additionally, in the other four losses, the Thunder have lost by an average of 11.25 points. I like the Blazers tonight with CJ McCollum and Anfernee Simons to go into Oklahoma City and get the W!

One of the hottest teams in the NBA, the Memphis Grizzlies, head to Philadelphia to take on the 76ers. The Sixers will be without superstar Joel Embiid as he is out tonight for rest. The Sixers this season are 3-8 without Joel Embiid in the lineup. Further, the Grizzlies come into this game ranked top 10 in both offensive and defensive efficiency. Additionally, this season the Memphis Grizzlies are 9-6 straight up against non-conference opponents. I expect the Grizzlies to go into Philly and get the W!

Northern Colorado comes into tonight’s game 10-9 on the season and are winners of two out of their last three games.  The Bears are 5-2 in conference play and coming off a loss to the #1 team in the conference, Weber State. Tonight the Bears should see success from the perimeter, in particular from the three-point line. The Bears are shooting 37% from beyond the arc which ranks 29th in the country. Meanwhile, Portland State is 327th in the country guarding the three-point line. Look for Daylen Kuntz of the Bears to have a big night, as he is averaging 19.7 points per game and shooting 50.8% from the field and 46% from three-point land. If the Bears can continue shooting lights out from the three-point line and carry their recent momentum into tonight, they should get the victory tonight against Portland State.

The Wong Teaser: The Sharp Way To Bet The NFL
Online Blackjack – How To Play And Fun Strategies