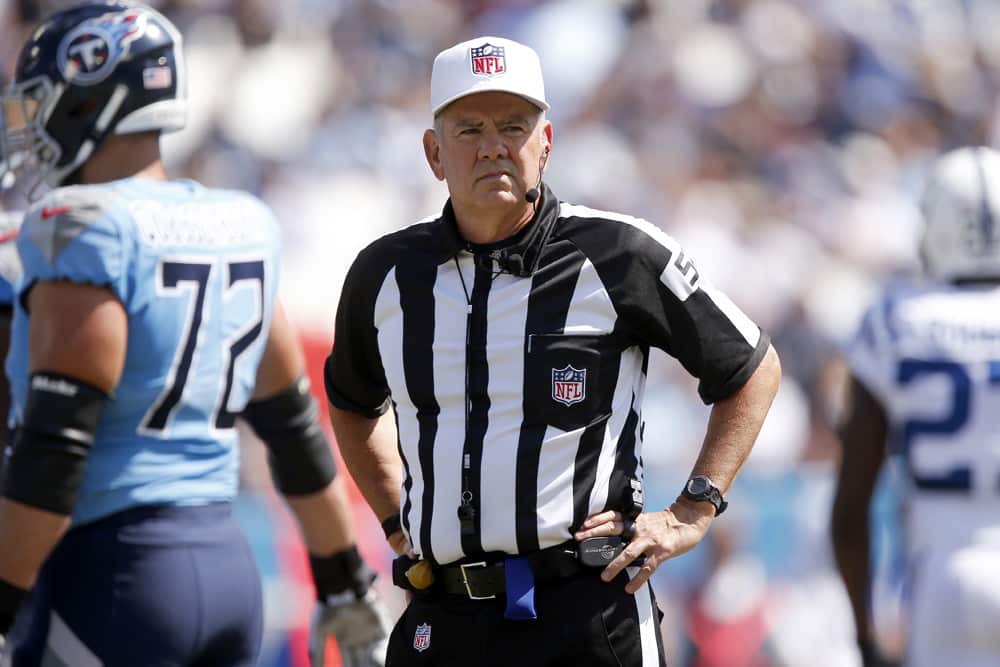 We are down to three games in the NFL season and what a weekend it was! Three out of the four referees last week cashed on profitable trends all season long. This weekend, the NFL has assigned Bill Vinovich and Carl Cheffers to the respective conference championship games. Let me dive into the betting stats and trends for these two officials.

It is also worth mentioning, Vinovich did officiate the Week 18 game between the Bengals and the Browns. However, in this game, most of the starters were out for the Bengals including starting quarterback Joe Burrow. The Bengals lost the game 21-16 but did cover the 6.5 spread.

An additional note for Vinovich is that he officiated Super Bowl LIV (54) when the Chiefs won the Super Bowl.

Carl Cheffers will be the NFL referee for the NFC Conference Championship this Sunday. This season home teams were average in games officiated by Cheffers. In fact, home teams were 9-7 straight up and 6-10 against the spread. Further, the total was 8-7 to the Over with an average total of 50.6. This was the second-highest average among NFL referees this season trailing only Brad Rogers who was the best referee to the Over.