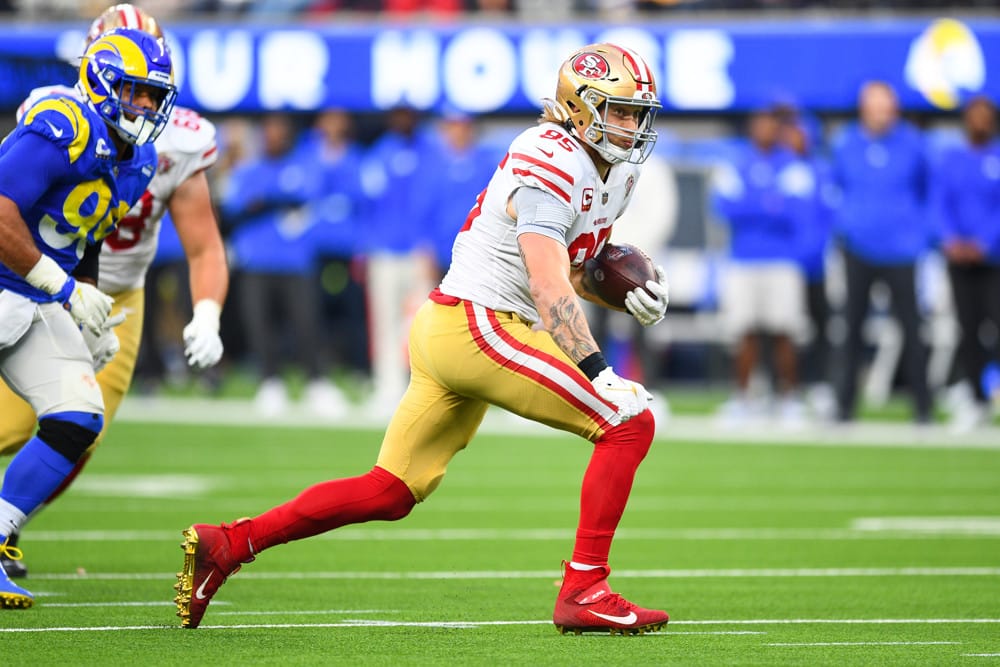 The Green Bay Packers have struggled all season long defending the tight end position. They will have their hands full again this weekend against George Kittle. This season the Packers allowed 51 yards to the tight end position. Further, in the Week 3 matchup, Kittle had seven receptions for 92 yards. This is going to be type of game that I can see Kittle breaking out against the Packers pass defense. If you’re looking for future action make sure to check out the Super Bowl halftime prop bets.

Tom Brady has been throwing the football all over the field for the Bucs this season. Despite not having Antonio Brown on the team anymore and without Chris Godwin, Brady is making do with the weapons he does have. In 18 games this season including the playoff game last week, Brady has gone over this projection in 11 of those games. Additionally, I do not anticipate the Bucs will have success in the ground game this week against the Rams. In fact, the Rams finished the season #5 in opponent yards per rush attempt. Further, these two teams faced each other in Week 3 and Brady had 55 pass attempts in that game.

This will be Josh Allen’s sixth career playoff game this weekend as he takes on the Kansas City Chiefs. In the previous five playoff games, Allen has rushed for 50 or more yards in four of those five games including 66 yards last week against the Patriots. In a previous matchup this season against the Chiefs, Josh Allen ran for 59 yards. Additionally, last season in the AFC Championship Game, Allen ran for 88 rushing yards and I expect the same success for Allen running the ball for the Bills.