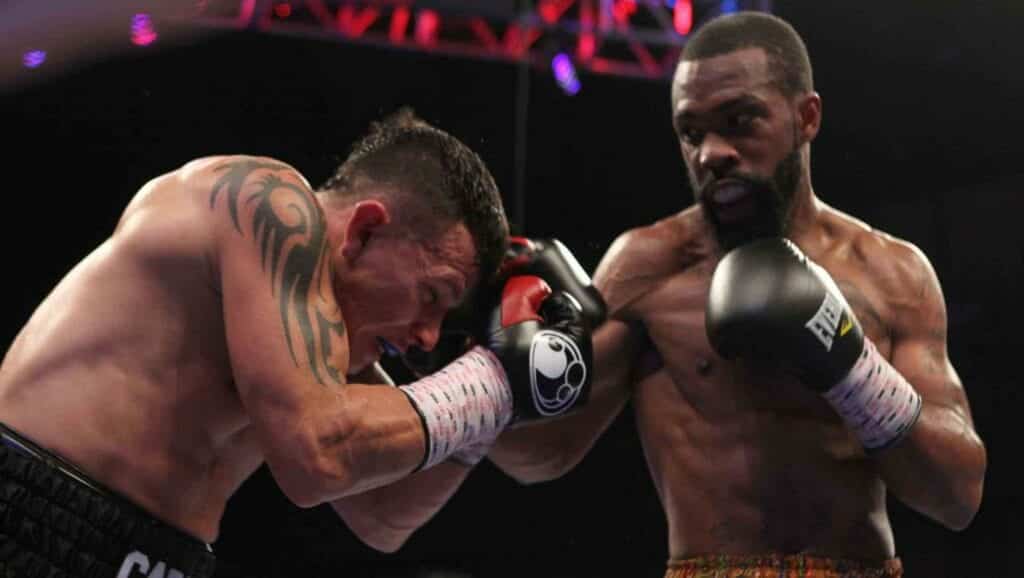 A world title fight in Atlantic City, New Jersey headlines in the boxing world this weekend and host T.J. Rives is ready to talk all about it on “The Big Fight Weekend Podcast!”

T.J. first goes over the news of the week, which includes the upcoming World Bantamweight Unification proposed bout between Japan’s Naoya “The Monster” Inoue battling 39 year old Filipino Nonito Donaire for their world titles potentially in April. Also, what’s the latest with the Heavyweight division and will WBC champ Tyson Fury fight England’s Dillian Whyte next or someone else, in a potential non-title bout?

Then, T.J. welcomes Carlos Toro of CarlosToroMedia.com and his own Youtube boxing weekly show. Carlos gives his takes on the news of the week. And, then, he assesses Gary Russell (above) off a near two year delay in this title defense against Mark Magsayo of the Philippines in the 12 round main event on Showtime. Carlos also has thoughts on the undercard and fighters to watch

Finally, T.J. goes over the card in Atlantic City with the odds and gives some gambling advice, too!

Hear it all on “The Big Fight Weekend Podast” and make sure to follow/subscribe on Apple Podcasts, Spotify, Google, etc.!!