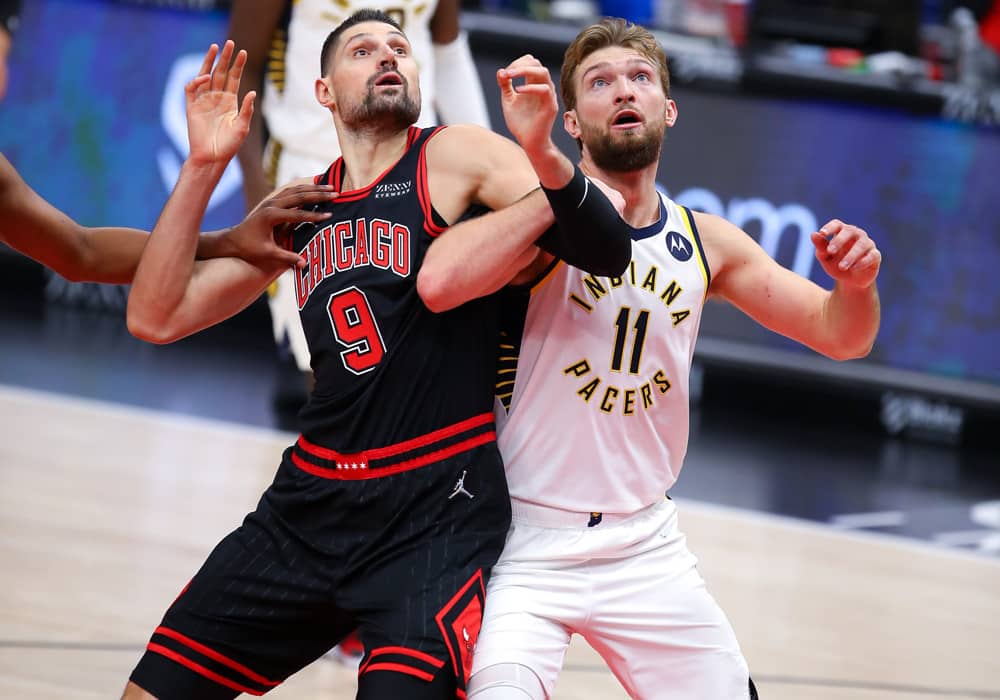 MLK Day has quickly become one of the biggest days in basketball. Game start at 12:30pm EST and go non-stop until midnight. DraftKings has broken down the day’s events into three separate slates. For today’s NBA DFS lineup, we’re tackling the afternoon games.

Garland hasn’t had a game where he scored less than 50+ fantasy points. His price shot up a bit, but is still below what you would usually pay for someone who should get you another 50. Brooklyn is also 21st in allowing points to opposing point guards.

With Kevin Durant out for the foreseeable future, the Nets are going to need more out of Mills. Granted they are on the road for this one, which means that Kyrie Irving would be playing. However, Mills is worth his NBA DFS price tag with only one of them out. Last game with no Kyrie netting Mills 30.5 fantasy points.

Holiday is a newly hot-hand that I’m looking to cash in on before his price soars too much. After three three-pointers on Wednesday, he tacked on seven on Friday. That’d be an absurd total for an NBA DFS play costing under 5k.

Jackson was ice cold on Friday. He went 0-6 from three-point and only scored eight points. It was the first time in five games that he didn’t put up at least 39 fantasy points. I think a lot of the struggle was due to being down big early. I expect him to bounce back to his old self here.

Because of the injury to Zach LaVine, Vucevic will be forced to shoulder a little more of the scoring burden. That’s good news for those who have them in their NBA DFS lineups. His rebound numbers are consistent, so with the additional points he should have no issue exceeding projections.

Like Vucevic, Dosunmu is another guy who benefits from the loss of Zach LaVine (at least in NBA DFS terms). Without LaVine on Saturday, he had a 21-point double-double. That production would make him a steal at this price, but even half of that would make his current cost worth the play.

The price of Clarke dropped with the return of Steven Adams from COVID protocols. While his minutes might see a small reduction, his play in Adams’ absence earned him the starting role last time out. I expect him to flirt with double digit rebounds again.

With both Paul George and Luke Kennard out, Coffey has been in the starting line up for five straight games. In that time, he’s averaged over 33 fantasy points, which includes a 43.8 fantasy point game. Kennard could possibly be back for this game, but it’s up in the air. Either way, Coffee should get enough play here to make it worth your while. If Kennard doesn’t play, he’ll be a home run.