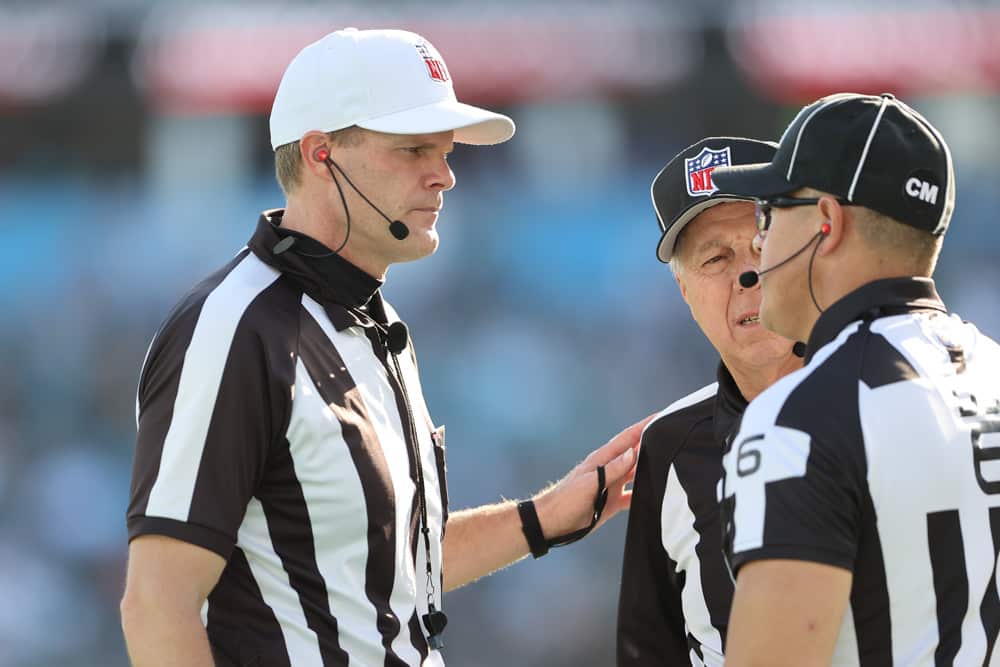 The NFL regular season is officially over and what a ride it was. There were a few profitable betting trends I was able to uncover in the weekly referee report. Now, is the time where it all matters and some may say the influence of the referees will be a greater scale. There are six Wild Card weekend playoff games in three days. I will highlight each referee in the games and which against the spread and total trends they favor. Let me dive right into it!

Jerome Boger and his crew are assigned to officiate the AFC Wild Card matchup between the Raiders and the Bengals. Although there are no relevant spread trends for Boger and his crew, he was 10-6 to the Over this season. Additionally, Boger did officiate the Week 11 matchup between these two teams. The Bengals got the road victory over the Raiders 32-13 in Las Vegas. Furthermore, the Bengals covered the short -2 spread the total stayed Under 50.5.

Brad Allen is assigned to officiate this AFC East matchup on Saturday. This season Brad Allen and his crew were favorable to the home teams. In fact, home teams finished 9-6 against the spread and straight up. Additionally, Allen officiated one game this season involving the Buffalo Bills which was Week 12 game where the Bills visited the Saints. The Bills won the game 31-6 and covered the spread as a seven-point road favorite.

Alex Kemp will officiate the NFC Wild Card game between the 49ers and the Cowboys. This season, Kemp was one of the most profitable referees to the road teams. In fact, road teams finished the season 11-5 against the spread and straight up. Furthermore, Kemp did officiate a game involving both the Cowboys and 49ers respectively this season.

Shawn Smith is assigned to officiate the Steelers and Chiefs playoff game this weekend. This game has the biggest spread on the board for the Wild Card weekend games. In particular, this season, home favorites are 3-6 against the spread this season. Smith officiated the Week 6 matchup between the Seahawks and the Steelers. The Steelers won the game straight up 23-20 in overtime but did not cover the 5.5 point spread. Additionally, Smith officiated the Week 9 matchup between the Packers and the Chiefs. The Packers started back up quarterback Jordan Love in this game. The Chiefs escaped with a victory 13-7 as a seven-point home favorite.

Clay Martin was one of the officials I highlighted quite frequently this season. First, road teams finished the season 10-5 against the spread and 9-6 straight up. Additionally, the Under was 11-4 in games officiated by Martin this season. Those games finished with an average of 42.9 points. Furthermore, Martin officiated the Week 5 matchup between the Cardinals and 49ers game. The Cardinals won and covered this game 17-10 as a 5.5 point favorite. Trey Lance started for the 49ers in that game.