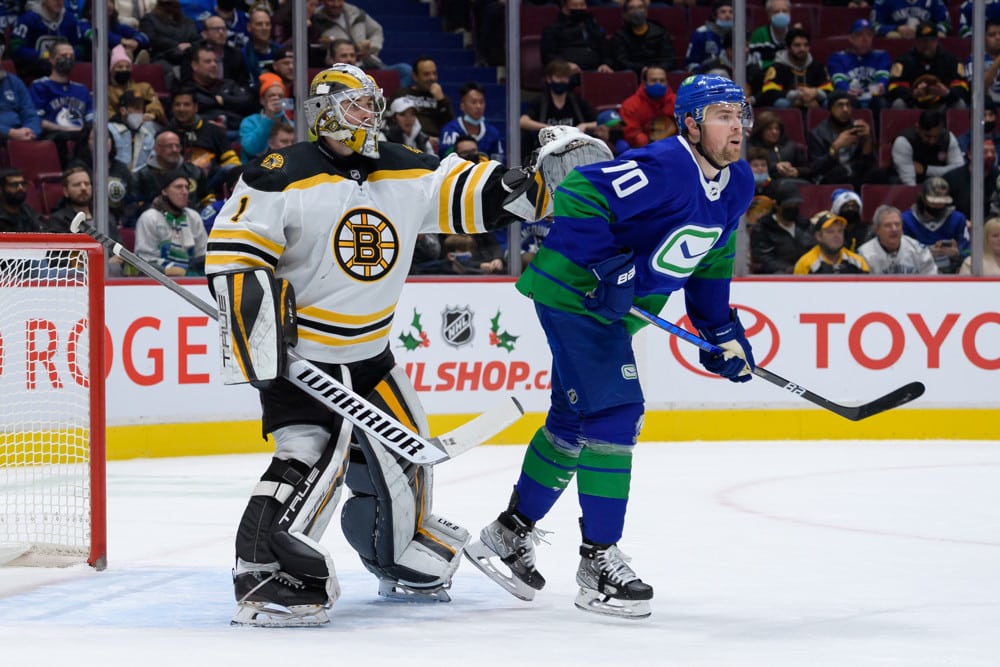 The NHL season rolls on in January and so does the Fantasy Hockey season. I hope last week’s Fantasy Hockey Waiver Wire primer helped you take down your matchup and it’s now it’s time to look ahead to Week 13. While Week 12 saw a more balanced schedule, there are a few teams to really target this week.

Most teams are only playing three games this week, with a handful only scheduled for two games –– or one! However, there are four teams playing four times this week and those are the teams to stream in Week 13.

The Avalanche play four times this week, including three games on lighter nights.

Monday vs. Seattle
Tuesday at Nashville
Thursday vs. Arizona
Friday at Arizona

Colorado is one of the best teams in the league and should help you win your matchup this week.

Johnson doesn’t get as much recognition anymore, but he could be a sneaky waiver wire snag this week. The defenseman has two goals and two assists for four points in as many games since the holiday break. He also has seven shots, 10 hits, and three blocks.

Byram is in the shadow of Cale Makar for now, and for good reason, but the young blueliner is one to watch. He plays on the second pair and could see time on the power play if there are any injuries or defensemen on the COVID list. Byram has one goal, one assist, eight shots on goal, seven hits, and two blocks in four games since the break.

The Avalanche play four times this week and they are both two games on back-to-back days. Darcy Kuemper won’t be able to play all four games and Francouz should get at least two. It helps that Colorado has a relatively easy schedule against Seattle and Arizona (twice) this week, which could be who Francouz starts against.

Monday at Washington
Wednesday vs. Montreal
Thursday vs. Philadelphia
Saturday vs. Nashville

If Hall is already owned in your league, I have another player to focus on. If not, what are you waiting for? I’ve been riding the Hall train for weeks now and he only continues to improve.

Hall has points in all five games since the holiday break (two goals, four assists). One of those points came on the power play. He also has 11 shots, one hit, and five blocks. Go grab him if he’s still available, or try to buy him low before he really picks it up.

If Hall isn’t available, how about Haula? He’s the Bruins’ second-line center and currently has Hall and David Pastrnak on his wings. And his production is thanking them. Haula has a four-game point streak (one goal, three assists) with five shots, eight hits, and three blocks in his last four games as well.

Haula could be a good depth guy to add for a team playing four times this week.

Rask recently signed with the Bruins and should be back in the starter’s role in the coming weeks. If you have a roster spot to stash him, pick him up and he’ll pay dividends later in the season.

Both should be owned in your league, but go pick one of them up if they aren’t. Boston has a relatively easy back-to-back this week against Montreal and Philadelphia. The goalies should split the starts with the Bruins as favorites in both games.

The Kraken aren’t exactly the friendliest team for Fantasy Hockey this season, but there may be some players on the waiver wire worth it this week with them playing four games. Mind you, Seattle hasn’t played since January 1st so there could be some rust.

Giordano is one of the two Seattle players that I can loosely recommend for this week. He plays on the top pair and power-play unit and has been decent since the break. The 38-year-old blueliner has three points (goal, two assists), nine shots, three hits, and six blocks since the holiday break.

Eberle is a guy that should pick it up in the second half of the season. He’s under-rostered given his stat line (12 goals, 10 assists) this season. He has eight points in his last 11 games dating back to November 27th.

Eberle will shoot the puck (10 shots in three games since break) and should be in a position to score given his deployment.

If you’re desperate for a goalie start this week, Driedger should give you one against either Dallas or St. Louis. However, those are some tough matchups and Driedger hasn’t been great this season (3.49 GAA, .892 SV%). He should face a lot of shots, though, as he’s made at least 32 saves in his last five starts.

Vancouver is taking the show on the road with Canada’s stricter COVID guidelines. The Canucks play four times this week, all on the East Coast.

The Canucks have improved under Bruce Boudreau but face a tough slate this week.

Since Boudreau was hired on December 5th, Horvat has seven points (four goals, three assists) in nine games. He also has 33 shots on goal (over three per game) in that span. He has one goal on 11 shots in three games since the break.

Pearson is seeing an uptick in production recently thanks to improved linemates. He’s on the third line with Elias Pettersson and Conor Garland, two of Vancouver’s better offensive players.

Pearson has three points (two goals, one assist) and 11 shots in three games since the break. He has seven points and 30 shots on goal in nine games since Boudreau was hired. Furthermore, Pearson is only shooting 6.8% this season, down from his career 11.2% shooting. His scoring should pick up in the new year.

Halak has been solid this season and should get at least one start this week, likely on Saturday in Carolina or Sunday in D.C. He is 1-4-2 on the season but boasts a 2.59 GAA and .915 SV%. He made at least 26 saves in five of seven starts this season, including 33+ in three of them.

As mentioned in the introduction, some teams are only scheduled to play one or two games this week. You want to avoid them at all costs in a weekly matchup. These are mostly Canadian teams given the stringent COVID guidelines up north.