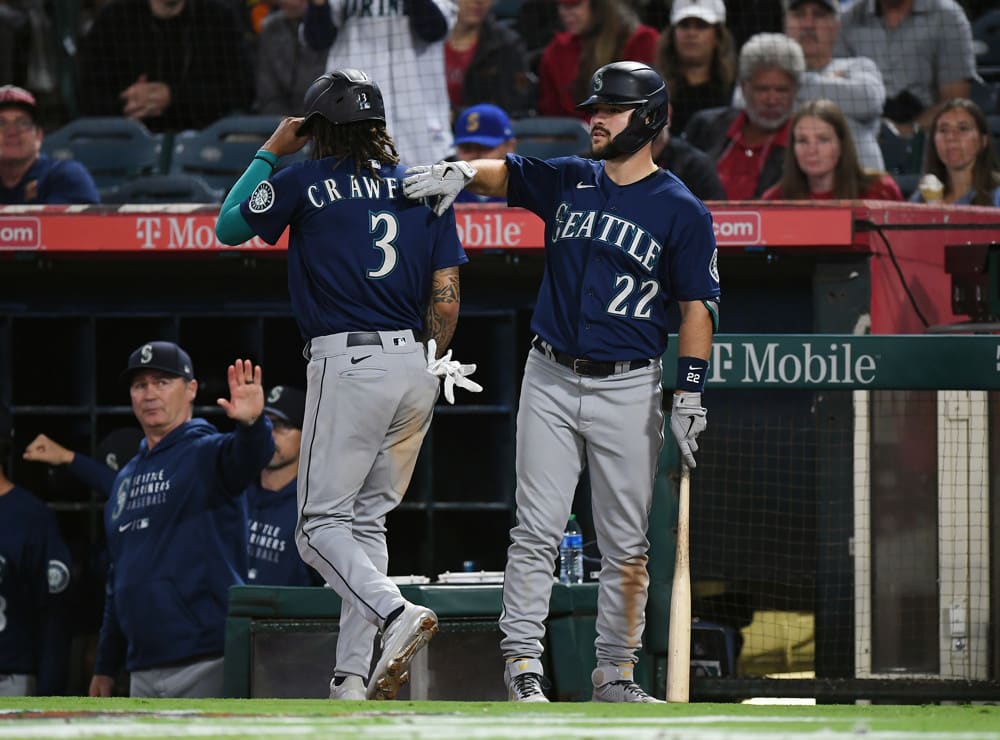 It’s never too early to talk about a few MLB Regular season win totals is it? Well, not only does WynnBET has odds listed but are currently offering +101 odds on both the Over and Under! Talk about positive EV! Nonetheless, below are three of my very early MLB regular season win totals best bets. Make sure to head over to WynnBET to check out all the latest promos and a chance to hang out with SHAQ at his funhouse!

The Seattle Mariners were one of the pleasant surprises last season in the MLB. The Mariners finished second in the A.L West with 90 wins. Many predicted the Mariners to finish amongst the bottom of the division but here they were with a surge in the second half of the season. The Mariners have a ton of young talent on the roster including names J.P Crawford, TY France, and the big league debut of their top prospect Jarred Kelenic. The roster also has Mitch Haniger who led the team in home runs last season to go along with a couple of stand out pitchers, Chris Flexen and Logan Gilbert.

Furthermore, the offseason additions have been stellar for the Mariners. They added the 2021 American League Cy Young winner Robbie Ray as well as traded for former All-Star infielder Adam Frazier. I love the moves this team has made thus far and who is to say they aren’t finished yet. But looking ahead to the 2022 season, the Mariners are going to be a team that will compete for the division title and in contention for a Wild Card spot.

Last season the Tigers finished with exactly 77 wins and there is plenty to be excited for as a Tigers fan. We saw the emergence of Akil Baddoo for the Tigers who was one of the more exciting players to watch. Furthermore, the two young prospect pitchers, Tarik Skubal and Matt Manning gave the Tigers a start to developing an above average pitching rotation.

The biggest splash in the offseason arguably was the signing of Javier Baez to play shortstop for the Tigers. Additionally, the Tigers signed former Red Sox pitcher Eduardo Rodriguez to give the rotation even more upside and depth. The Tigers already have Jonathan Schoop, Jeimer Candelario, Robbie Grossman, and future Hall of Famer Miguel Cabrera. Asking this Tigers team to be just below under .500 in a division where other teams are regressing is not a tall order. Who is to say the Tigers are done spending this offseason? I like this Over!

I have been the biggest critic of the Los Angeles Angels for not addressing their woeful pitching. As a matter of fact, the Angels have one of the worst bullpens in the entire league over the last several years. Further, the Angels do not have a true ace in the starting rotation. However, the Angels lineup can be one of the deadliest when everyone is healthy. Led by former multiple time MVP Mike Trout and the 2021 AL MVP Shohei Ohtani, this team has all the potential in the world. Additionally, the Angels have former World Series champion Anthony Rendon and infielders Jared Walsh and David Fletcher to complete this lineup.

Furthermore, the Angels added Noah Syndergaard to the rotation this season, who is coming off Tommy John surgery, to a one year deal. This addition should help the rotation but I still think they need to add another arm in the rotation. I do like Patrick Sandoval and obviously Ohtani, but the biggest signing this offseason for the Angels was re-signing Raisel Iglesias as the closer for this team.