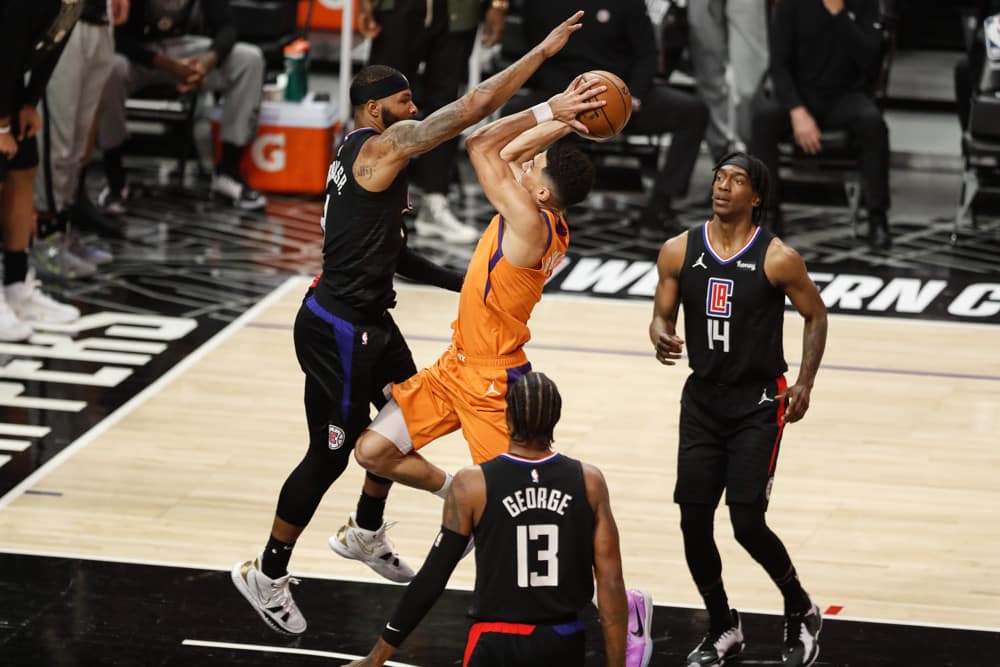 WynnBET has another incredible new user promotion offer! Bet $5 on any money, side, and total of -120+ odds and get $400! Check the details for the offer here! To help out the new users with this promo I will highlight a few bets to get down on at WynnBET!

The Charlotte Hornets and the Denver Nuggets face off on Thursday Night in Denver. Charlotte is in the midst of a road trip where they are struggling on the defensive end to say the least. As a matter of fact, over the last five games, the Hornets are #29 in defensive efficiency, #30 in points per game allowed, and are allowing teams to shoot 47.7%. Meanwhile, the Denver Nuggets, despite not having two of their three best players, have been holding their own.

The Denver Nuggets are 8-5 thus far at home this season. Nikola Jokic is having another MVP caliber season for the Nuggets. I believe there is not a player on the Hornets that can stay with Jokic. If the Hornets want to compete in this game they will have to play defense and I just do not see this happening in this game.

These two teams are trending in opposite directions. The 49ers have won five out of their last six games and covered the spread in five of the last six games. Meanwhile, the Titans have been dealing with all sorts of injuries to their team and have lost three out of the last four games. This game is important for both teams for playoff implications.

The 49ers’ success has been on the shoulders of Jimmy G in the month of December. He has thrown for at least one touchdown in each of the last seven games. Additionally, the 49ers have won their last games against the Titans. I will back the team here with the momentum to take care of business on Thursday night.

The Phoenix Suns saw the return of their All-Star guard Devin Booker a few games ago. The Suns are healthy again and playing well. This is the third matchup between these two teams already this season. Each team has won a game so far in the season series. Furthermore, the Warriors have key players who are in the NBA health and safety protocols, in particular Andrew Wiggins and Jordan Poole.

Thus far this season the Phoenix Suns are #2 in defensive efficiency and #5 in offensive efficiency. It will be interesting to see what this Warriors team will look like without Wiggins and Poole on Christmas Day. The Suns will have revenge on their mind after the Warriors ended their 18 winning streak.