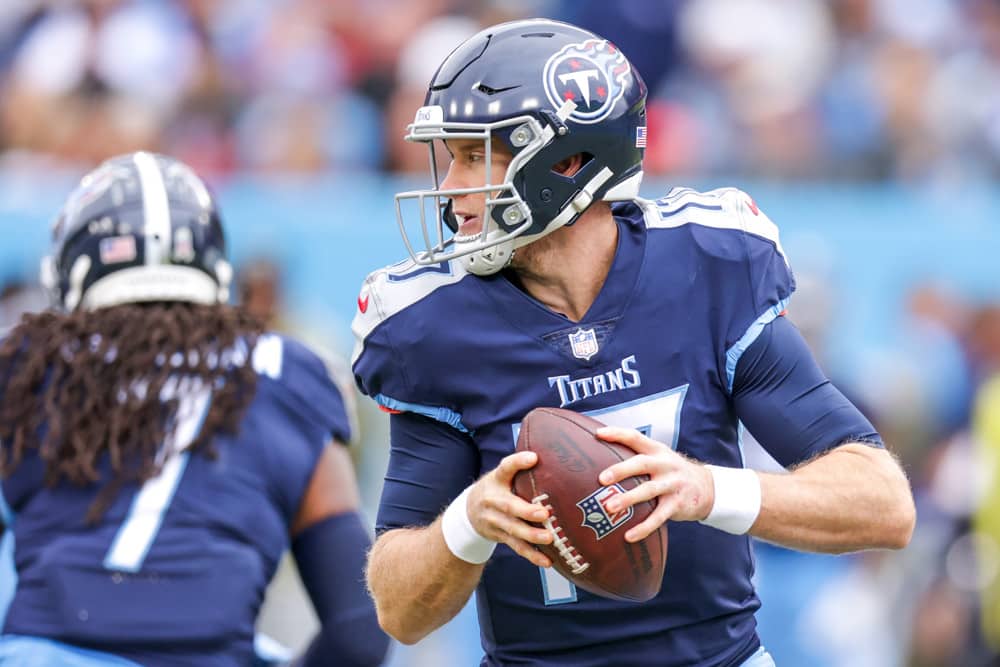 I am in a bit of funk here over the last two player prop posts but have to keep grinding through it. Hopefully, I can turn it around as the regular season nears the end. Thursday Night Football features a non-conference game between the 49ers and the Titans. This is a very important game for both teams for playoff implications. The Titans look to keep pace in the AFC South and the 49ers are clinging onto a playoff spot in the NFC. Let me dive into the player props for Thursday Night Football.

Ryan Tannehill has been struggling to throw for yards over the past three weeks. In fact, Tannehill has not eclipsed 200 passing yards in the last three weeks. The Titans are decimated by injuries at the wide receiver position. There may be a possibility that A.J Brown plays in this game but we won’t get know how effective he will be. I believe this will be a game where we see the 49ers sustain long, time-consuming drives to keep the Titans off the field.

The 49ers have found more ways to utilize Deebo Samuel in their offense. In particular, Samuel has been utilized as a running back for the 49ers. Samuel has recorded a rushing touchdown in each of his last five games including one game where he recorded two touchdowns. The 49ers offense has won five out of the last six games in those five victories Samuel has scored a touchdown. If Samuel goes and scores the 49ers are successful and I expect him to find the end zone again tonight!