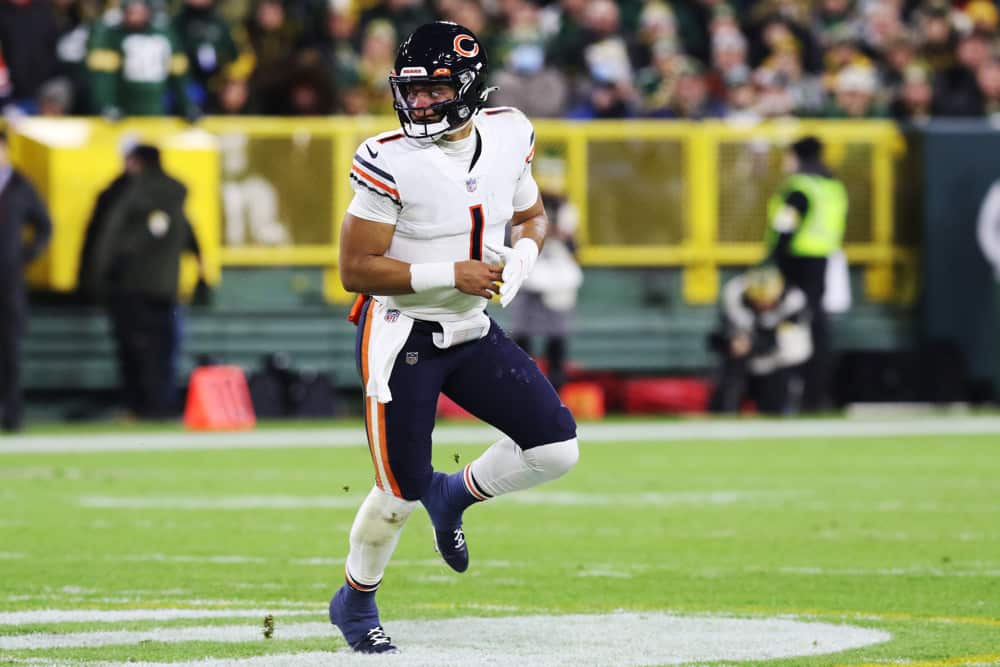 Justin Fields like a few in the league has the ability to utilize his legs as a strength in his playmaking ability. Thus far this season, Fields has rushed for 385 yards. In fact, Fields has exceeded this number four games this season. Tonight against the Vikings I expect to see Fields rushing and using his ability to escape the pocket to accumulate rushing yards. Give me the Over!

Dalvin Cook has been one of the best running backs in the league so far this season. Furthermore, in his last game against the Steelers, Cook ran for 205 yards. The Chicago Bears rank #22 in the league allowing teams to rush for 120 yards per game. Additionally, the Bears are allowing opponents to rush for 4.3 yards per game. In his last two career games, Cook has rushed for 96 and 132 yards on the ground for the Vikings against the Bears.

Surprise, surprise I am backing this prop once again. Justin Jefferson has been the downfield threat for the Vikings and that’s no secret. Jefferson has gone over this number in seven games this season. In fact, the Bears have allowed opposing receivers to get over this long reception in at least five out of the last six games. I expect Jefferson to have a big reception in this game against the depleted Bears secondary. Give me the Over!