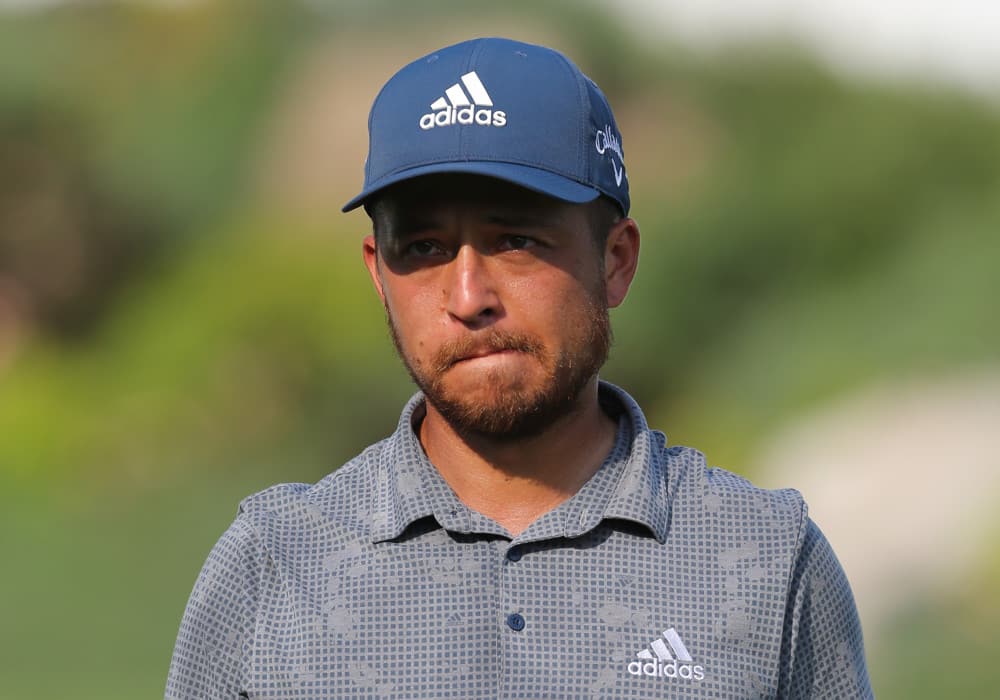 The off-season is a time to re-evaluate processes and players for gambling on golf. A player who has several pre-conceived notions is Xander Schauffele. There are some very popular narratives bettors love to go to when justifying why they’re betting on Xander Schauffele at a tournament. “It’s a no-cut event.” “It’s on bentgrass.” “Xander is better on hard golf courses”.

But is any of this actually true? Or are we missing opportunities to zag towards or away from Xander Schauffele by fading these popular narratives. Let’s dive into the data.

By far, the narrative that Xander Schauffele plays better in events with no cut is the most popular one out there. It’s low-hanging fruit. After all, four of his 5 professional wins (including the Olympics) have come in events that did not feature a cut. Proponents of this take cite his success in WGC’s, the Sentry Tournament of Champions, and the Tour Championship, tournaments that do not feature a cut.

While it’s true that 80% of his professional wins have come in no-cut events, for Xander Schauffele’s entire career this take doesn’t hold water:

From a per-round basis, Xander Schauffele has gained slightly more strokes per round in tournaments that feature a cut than those that don’t. Most of these are comprised of tremendous success in majors. But there are several PGA Tour events with full fields and a cut that Xander has a strong track record at. Xander has a really good track record at Riviera, TPC Scottsdale and Muirfield Village. He also owns a 2nd at the 2018 Players, a 3rd at the 2020 Charles Schwab Challenge, and a 2nd place finish at the 2021 Farmers Insurance Open.

Regardless, the difference between his per-round performance at cut and no-cut events is extremely immaterial. A difference of 0.03 strokes per round is nothing. Whether or not there’s a cut in a tournament is completely irrelevant. Full stop. Xander Schauffele is simply a very good player at any type of tournament he plays in.

Another popular stereotype about Xander Schauffele is that he plays better on golf courses featuring difficult scoring conditions. Xander is one of the more well-rounded and consistent players in the game. He has very few weaknesses in his performance tee-to-green, which is incredibly useful on tough and demanding golf courses. That’s why Xander has several good finishes in majors.

Let’s first explore this stereotype by looking at Xander’s performance in tournaments that feature average scores above or below par:

In fact, Xander Schauffele does perform better in tournaments that feature scoring above par than ones that are below par – but only slightly. Like the No Cut events, a difference of 0.07 strokes per round is basically nothing.

The first thing that sticks out is just how well Xander Schauffele has performed in very difficult scoring conditions. In tournaments where the average score per round is more than +1.5, he’s tremendous. Given how well Xander Schauffele has performed in major championships with typically tougher setups, it’s no surprise he’s been able to separate himself more from the field than in any other type of tournament.

And true to his stereotype, tournaments that are birdie fests (average scores 1.5 under par or better) have featured Xander’s weaker performances. Where Xander Schauffele has a tremendous advantage over the field is how good of a ball-striker he is tee-to-green. But in tournaments with lots of birdies and not a ton of adversity to the field, this advantage over the average player shrinks. Instead, these turn into putting contests where the gap between superior and mediocre players shrink. While not impossible for Xander to have a good showing, he doesn’t have as much of an edge.

However, there is a tournament scoring range where Xander thrives that does break his stereotypes. His second-best performances by scoring types are those that feature average scores between 0.5 and 1.5 strokes under par. Several of these tournaments are wheelhouses of Xander Schauffele. The Waste Management Phoenix Open, the Tour Championship, and most WGC’s typically feature average scores between 0.5 and 1.5 strokes under par. The 2020 CJ Cup at Shadow Creek also falls into this scoring range. As did the 2018 Players Championship that Xander Schauffele finished runner up at.

Why has Xander been good at these types of tournaments? It’s probably because most of these events are ones that allows for scoring if one hits the ball tremendously well. But it’s very punishing for those who make mistakes tee-to-green. Xander doesn’t make a ton of mistakes tee-to-green. That’s why he’s usually towards the top of the PGA Tour in Strokes Gained – Tee-to-Green. If a bettor has the preconceived notion that Xander only steps up his game in very difficult tournaments, they’ll miss the boat to use him at these types of events.

A better way to assess Xander Schauffele is by measuring his performances against adjusted course yardages:

Adjusted course yardage isn’t the true scorecard yardage, but rather an adjusted yardage based on ShotLink data. For example, if a hole is 450 yards on the scorecard, but Bryson DeChambeau hits a 330-yard drive over the dogleg to set himself up for a 100-yard wedge into the green, the adjusted yardage is only 430 yards. It’s in these yardages, however, that we’ve identified a very consistent pattern for Xander Schauffele.

There is a clear difference in performance between golf courses less than 7,200 adjusted yards and more than 7,200 adjusted yards for Xander Schauffele. Typically, shorter golf courses on the PGA Tour aren’t quite as demanding tee-to-green as ones that are longer. As mentioned earlier, what separates Xander Schauffele from his peers is how efficient he is tee-to-green. This allows him to separate himself more on the leaderboard at longer golf courses where length and consistent ball striking is paramount. On shorter courses that aren’t quite as demanding or penal, he doesn’t hold quite as big of an edge.

But back to the original stereotype – is Xander Schauffele better in more difficult scoring conditions? Yes and no. But a more appropriate take is that Xander is better when the conditions tee-to-green are more difficult to the average PGA Tour player.

It is no contest what types of grass Xander Schauffele performs better at:

Xander Schauffele performs almost 0.5 strokes better per round on golf courses featuring northern strains of grass than southern ones. Given Xander Schauffele is from California and grew up mostly playing on West Coast Poa (a cooler climate grass type), it’s not surprising. It should be noted that Xander Schauffele does have a great track record at East Lake and Kapalua, both of which are Bermuda. He also is great at TPC Scottsdale, which feature overseeded Bermuda greens in February. However, his success is more derived from his performance tee-to-green than his preference for the southern style greens. In his body of work, Xander’s performance on southern grass types is much weaker than on northern ones.

But to answer the question of if bentgrass is his best surface, further analysis of Xander’s performance on northern types is needed:

By far the surface Xander Schauffele has played the most since joining the PGA Tour is on bentgrass. Maybe that’s why on the surface his performance per round is weaker than other northern grass types because it’s a much bigger sample size. But based on the pure data, bentgrass is not close to being the grass type Xander Schauffele has been best on. The best surface is actually on fine fescue, which is attributed to good performances at the Open Championship. And his overall performance on West Coast Poa is superior per round than that on bentgrass.

Regardless, one thing we know for sure is that Xander Schauffele is a superior player on cooler climate turf than warm climate ones. On every northern grass type, his performance per round is better than his career average. The narrative that he’s vastly superior on bentgrass, however, is a little misguided. Just because a golf course has bentgrass greens doesn’t make him an automatic play.

So when is the best time to bet on Xander Schauffele?

When should you not play Xander Schauffele?

Follow these rules, and you should be very successful in betting on or against Xander Schauffele at any PGA Tour event.