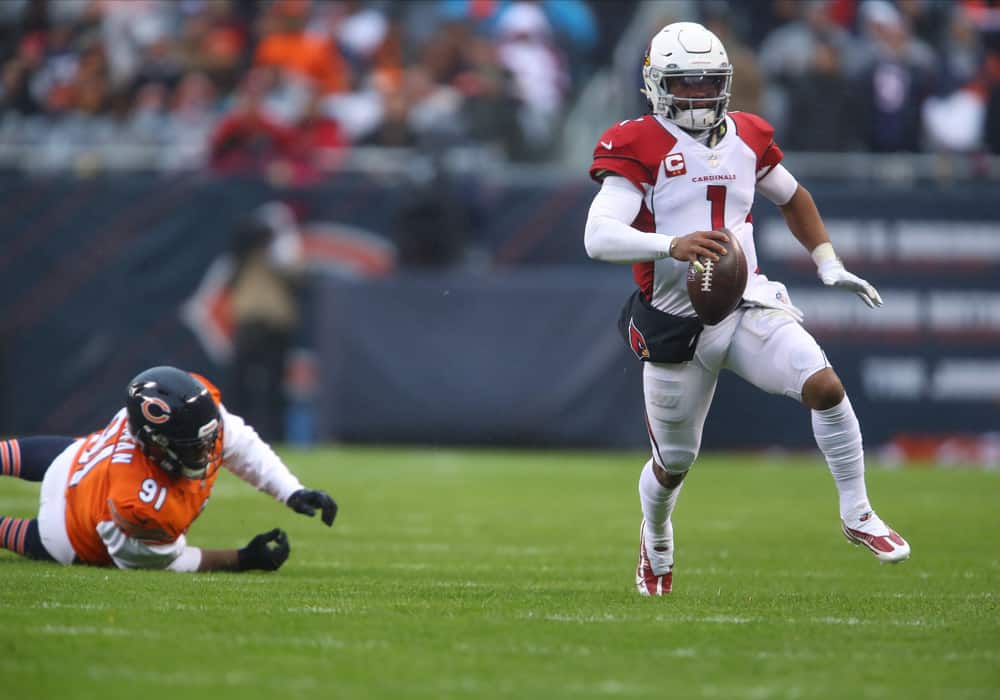 The game of the week kicks off on Monday Night Football between the Rams and Cardinals. It’s a huge game for both teams as the Rams try to catch the Cardinals for the division lead. The Cardinals are in a must-win situation to keep pace with the Packers and the Buccaneers for the #1 seed in the NFC. What better way than to add to the excitement of the game with a few player props! Below you will find my three player props for the Monday Night Football game between the NFC West rivals the Rams and Cardinals!

Kyler Murray returned from an injury last week against the Chicago Bears where he ran the ball 10 times and accumulated 59 rushing yards. We would think that he would be cautious especially in the grass and weather conditions in Chicago last week. However, Murray was back to his scrambling abilities against the Bears and should continue tonight against the Rams. In the prior matchup this season against the Rams, Murray scrambled for 39 yards on 6 carries. Additionally, if the Rams are going to create pressure against the Cardinals, we should see Murray scrambling again tonight in this matchup. Give me the Over!

Zach Ertz has been a great addition to the offense of the Arizona Cardinals. In fact, in the six games in a Cardinals uniform, Ertz has gone over this projection in four of those games. Furthermore, the Rams defense is allowing 5.3 receptions 52.3 yards per game to the tight end position. The attention should be on Deandre Hopkins tonight for the Rams secondary allowing opportunities to open for Ertz.

Sony Michel will be the featured running back for the Rams especially with the absence of Darrell Henderson. Last week against the Jaguars, Michel had 24 carries accumulating 121 rushing yards. The Cardinals rush defense has not been the same without J.J Watt. In fact, over the last three games, the Cardinals are allowing opposing teams to run for 121 yards per game. Additionally, for whatever reason, the Cardinals are allowing their opponents to average 137 rushing yards on their home field.