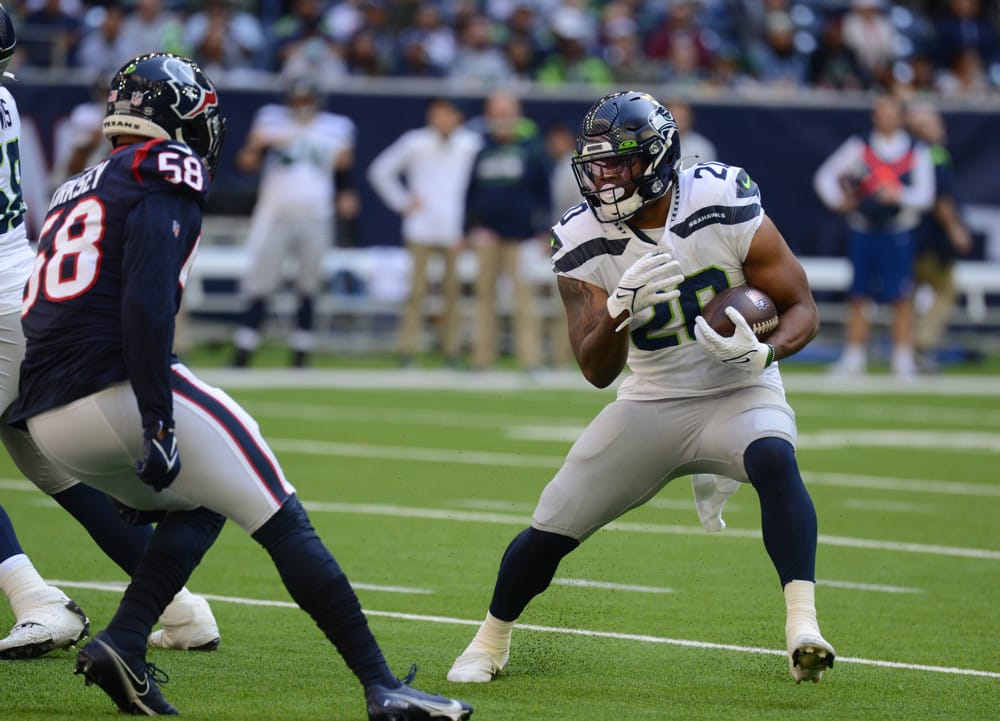 As we enter the fantasy playoffs full bore, these Week 15 FAAB Waiver Wire adds could be just what you need to take home a title. You may have lost a key player to injury last week. Or, you may just be needing to find a way to make up for some lackluster play on your roster. Either way, you are looking to the waiver wire this week for help.

Below are this week’s suggestions on where to place your FAAB bids as well as how much to spend. Pretty much all of them come with some level of risk or they wouldn’t be free agents this late in the season. With that said, if you need that little something extra to help you advance another week in the playoffs, these players should help.

Believe it or not Taysom Hill still factors into the mix for fantasy football purposes. In the last two weeks, Hill has posted at least 24 fantasy points. His legs have kept him a legitimate consideration if you are looking for a quarterback to stream this week. Two weeks ago, he put up over 100 yards rushing following that up last week with 73 more. Hill gets a matchup this week against a Buccaneers defense that just allowed Josh Allen to gain 109 yards on the ground against them. He’s still out there in about half of leagues. You may have been streaming your way into the playoffs, or you may be without Lamar Jackson this week. Either way feel free to go as high as 15% of your remaining FAAB to snag Hill.

It seems Rashaad Penny has managed to stop the merry-go-round that has been the Seattle backfield. He dominated last week against the Texans carrying the ball 16 times for 137 yards and two touchdowns. We know the Seahawks like to feed their backs, even in tough matchups. With what Penny showed last week, you can expect Pete Carroll to continue to keep him busy. In an ever-thinning running back pool, Penny could very well be your starter throughout the playoffs.

Check and see if D’Onta Foreman is still available in your league. He’s seen 32 carries in the last two games. He scored his first touchdown of the season last week. The lead back in Tennessee still has value. He has a matchup this week against a Steelers defense that just got gauged by Dalvin Cook on Thursday night. That alone is enough to come out of pocket for Foreman.

Don’t look now, but Tua Tagovailoa has the Miami Dolphins on a winning streak. He has been at the helm for four of the five games his team has put in the victory column. Over the last three weeks, he’s tossed for five touchdowns. He’ll likely get you a couple of touchdowns again this week against the Jets. That said, only one out of the last three quarterbacks has surpassed 175 yards passing against the New York desense. If you are desperate and can afford to play it safe at quarterback, you can look to Tua for help.

For two straight weeks Amon-Ra St. Brown has been a fantasy relevant receiver. Last week was his second straight game with 12 targets. His breakout weeks have come just in time to help fantasy managers win a championship. What makes him risky is his matchup with the Cardinals next week. Arizona will face their old NFC West rival Jared Goff after playing his former team last week. He’s easily available in most leagues and will offer enough upside to take a stab at him with a Week 15 FAAB bid.

If you are swinging for the fences at wideout this week, Gabriel Davis is a worthy bat to consider. Should Emmanuel Sanders miss time, Davis stands to benefit. Last week, he caught five of eight targets for 43 yards and his second touchdown in as many weeks. He’s been mired on the depth chart for a better part of the season. This week could be another solid outing in a get-right game against the Panthers.

If you have the luxury of taking a chance on Jordan Howard, take it. We don’t know if Miles Sanders will miss this week yet. We might not even know until after waivers run. That said if you are not in immediate need of a running back, but want a lottery ticket if Sanders sits, Howard is your guy. You probably won’t need to toss too much at him to get him, so don’t break the bank. Both Ezekiel Elliot and former Eagle Corey Clement saw at least 12 touches against the Football Team last week. Philadelphia will have Jalen Hurts back, but may need to lean on the run game if he is not at full strength. In that case, Howard becomes an interesting Week 15 FAAB acquisition.

When Aaron Rodgers is right, everyone on the field with him has fantasy value. This includes Allen Lazard, who enjoyed his best fantasy outing of the season last week. Over the last two weeks, he’s seen 13 targets. On Sunday night, he managed to find the end zone. Unfortunately, his floor could be zero. That said, he could offer a flex worthy ceiling. Proceed with caution, but proceed if you need the help.

If people haven’t gone after A.J. Green by now, even his latest performance against the Rams isn’t going to tip the scales. That said, the Cardinals draw a choice matchup this week against the Lions. Expect Kyler Murray to unload every ounce of frustration from his Monday night loss on Detroit. Green led all Arizona receivers in both receptions and yards last week. He probably won’t do it again this week, but he’s a solid Week 15 FAAB waiver add for free if you can get him.

You may be in the market for a tight end this week. If so, Austin Hooper could be a no-cost solution. Last week, Hooper found the end zone on one of his five receptions. Overall he saw seven targets and turned them into 30 yards. He’s not someone you can get super excited over, but if you want to stream a tight end going up against one of the worst fantasy defenses against his position, Hooper is there.

It never hurts to have insurance. So, if you are Keenan Allen manager and have yet to grab a backup and Guyton is off the table, consider Josh Palmer here. It’s likely he may not see the same level of production he did last week. Even still, should Allen miss another week, Palmer’s flex value spike again making him a worthy speculation.

Marvin Jones – There is little to like on the Jaguars offense. Despite that, Marvin Jones hit double digits last week in fantasy. He faces an awful Texans pass defense this week. Flex him if you need him.

Tevin Coleman – Should Tevin Coleman make it back on the field, he could be an interesting flex play this week. This is especially true if Michael Carter is still out.