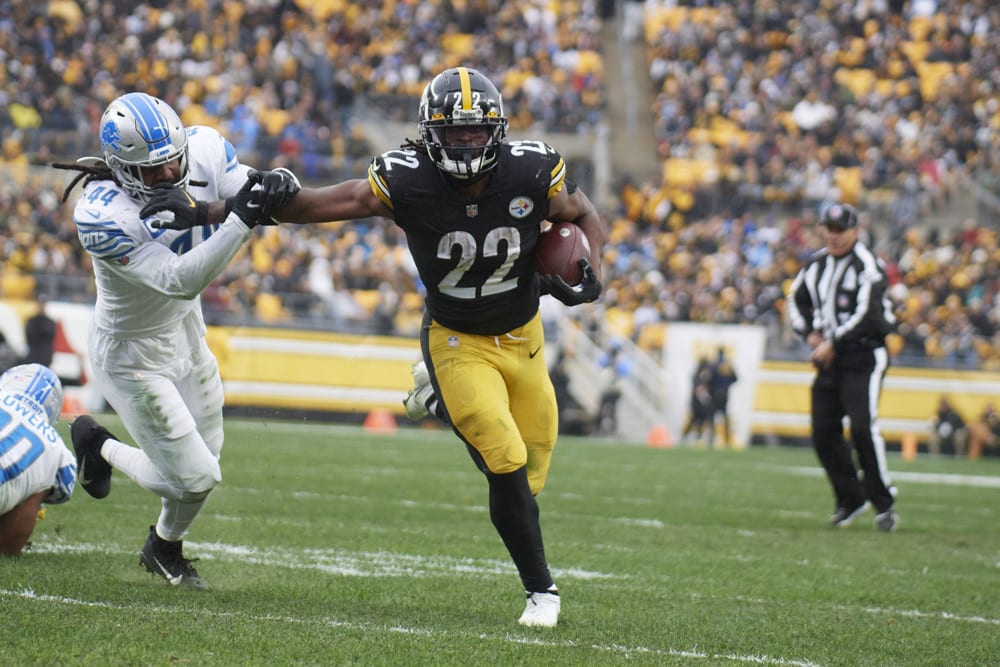 Monday Night Football player props ended up going 3-1 with a +145 cash on anytime touchdown! NFL Week 14 kicks off with a non-conference game between the Pittsburgh Steelers visiting the Minnesota Vikings. Both teams are in a must-win situation if they want any chance of sneaking into the playoffs. Below are my Thursday Night Football player props between the Steelers and the Vikings.

This game is going to be a battle of the running game because both rush defenses rank amongst the bottom in the entire league. In fact, the Vikings rank #31 in yards per rush attempted allowed and #29 in rushing yards allowed per game. I believe this is a game where the Steelers will establish the run against the porous rushing defense. Despite Najee Harris going over 71 rushing yards just twice over the last five weeks, I believe we are getting a discounted number here on Harris rush yards.

I have bet this prop bet every single week and it has cashed every week just about. In fact, Justin Jefferson has a long reception of over 28 yards in 9 out of the 12 weeks so far this season. Additionally, the Steelers have allowed long receptions of 28 yards or more in every game this season except for one which was against the Cleveland Browns. I will continue to back this every week. Give me the Over!