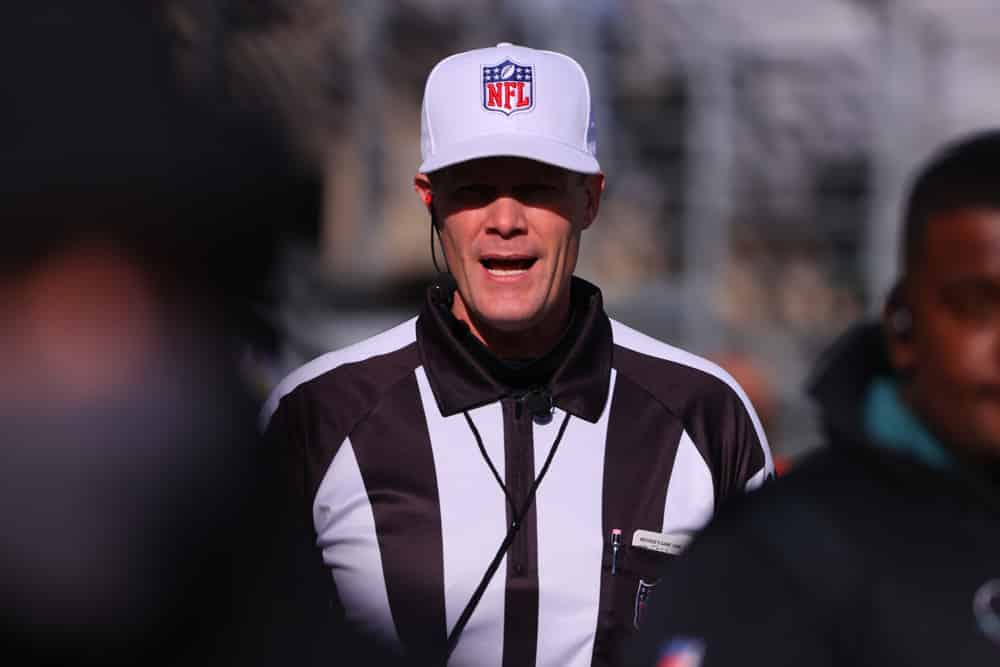 NFL Week 13 is in the books and another week where our trendy refs cashed for us once again. Shawn Hochuli improved to a perfect 8-0 for road underdogs as the Chargers beat the Bengals 41-22. Additionally, Ron Torbert the Under machine cashed once again as the Colts beat the Texans 31-0. The Under in that game cashed by almost a full two touchdowns. Unfortunately, Hochuli is off this week but I will find a few more betting angles in the NFL Week 14 Referee Report!

Carl Cheffers has quietly emerged as a referee who is trendy to the road underdog. In fact, this season, road underdogs are 7-2 against the spread in games officiated by Cheffers. Last week, Cheffers was assigned to officiate the Sunday Night Football game between the Broncos and the Chiefs. Unfortunately, the Chiefs cashed as a home favorite. In Week 6, Cheffers officiated the Cardinals against the Browns matchup. The Cardinals were a three-point road underdog in that game. The Cardinals went on to win the game 37-14. In NFL Week 14, Cheffers is assigned the Monday Night Football game between NFC West teams, the Rams visiting the Cardinals.

Ron Torbert continues his hot streak of cashing the Under week after week. In fact, Torbert officiated games are now 10-2 to the Under. In Week 13, Torbert cashed the Under in the Colts and Texans with ease with a total of 31 points. The Texans did not score a single point in that game. Additionally, Torbert officiated games are averaging a total of 38.2 points per game. In NFL Week 14, Torbert is assigned to officiate the Sunday Night Football matchup between the Bears and the Packers. 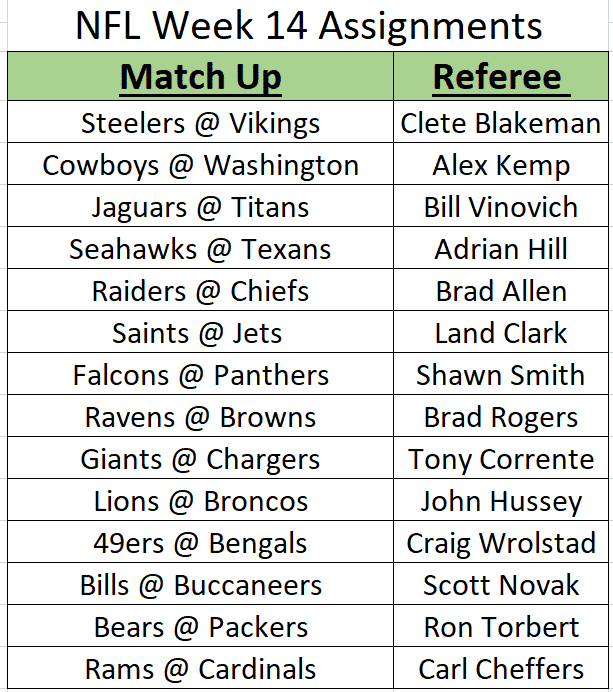