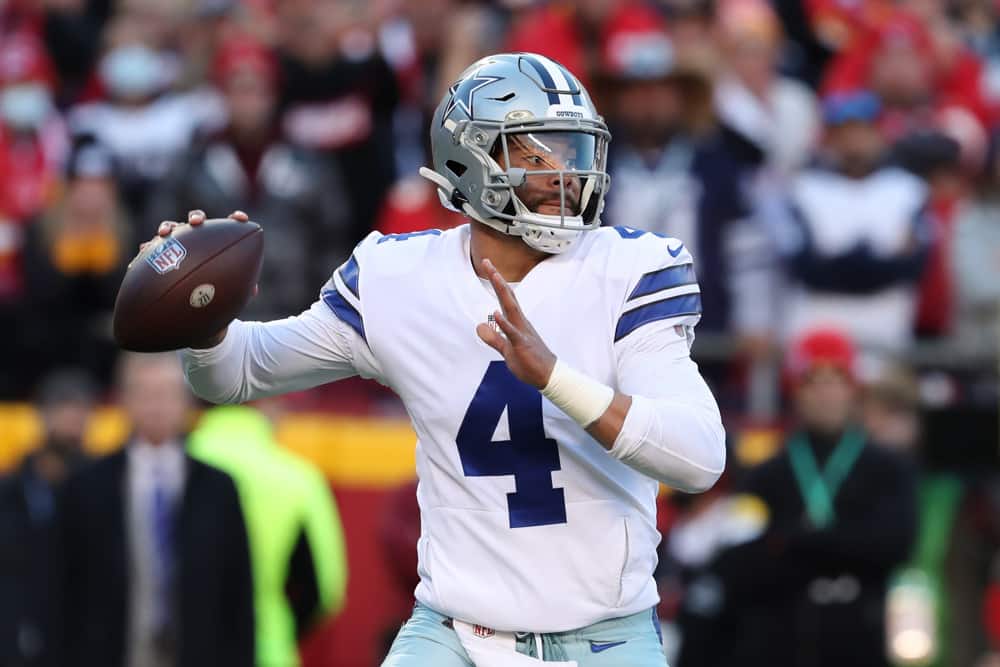 Ceedee Lamb is back for the Cowboys this week after missing the last game being in the concussion protocol. The Saints passing defense has been atrocious, to say the least, over the last several games. As a matter of fact, Saints secondary has allowed receptions of 64, 50, 28, 26 and 33 over the last four weeks. Furthermore, prior to the Chiefs game, Lamb has receptions in every game expect two games. The Saints defense ranks #28 in opponent yards per completion and opponent yards per pass attempt.

Over the last four weeks, the Saints defense has allowed five total rushing touchdowns to opposing quarterbacks. That includes Matt Ryan, Ryan Tannehill, and Jalen Hurts who had three himself. Last week Josh Allen ran for 43 yards against the Saints defense. Furthermore, Matt Ryan for 8 yards on five carries, and Hurts ran for 69 yards against the Saints. Now I know Dak Prescott is not much of a running quarterback this season but I won’t be surprised if we see Prescott get at least eight rushing yards or score a touchdown for the Dallas Cowboys. Just for clarification these are two separate prop bets and not a parlay!

Deonte Harris has not done much for the Saints in the absence of Alvin Kamara and other injuries the Saints have been dealing with over the past couple of weeks. In fact, in the last two weeks combined, Harris has 10 targets for a total of 3 receptions and 20 yards. Kamara still looks to be on the fence about returning this week but the Cowboys secondary is playing well. I don’t expect to see Harris getting many targets in the game. Give me the Under for this one!