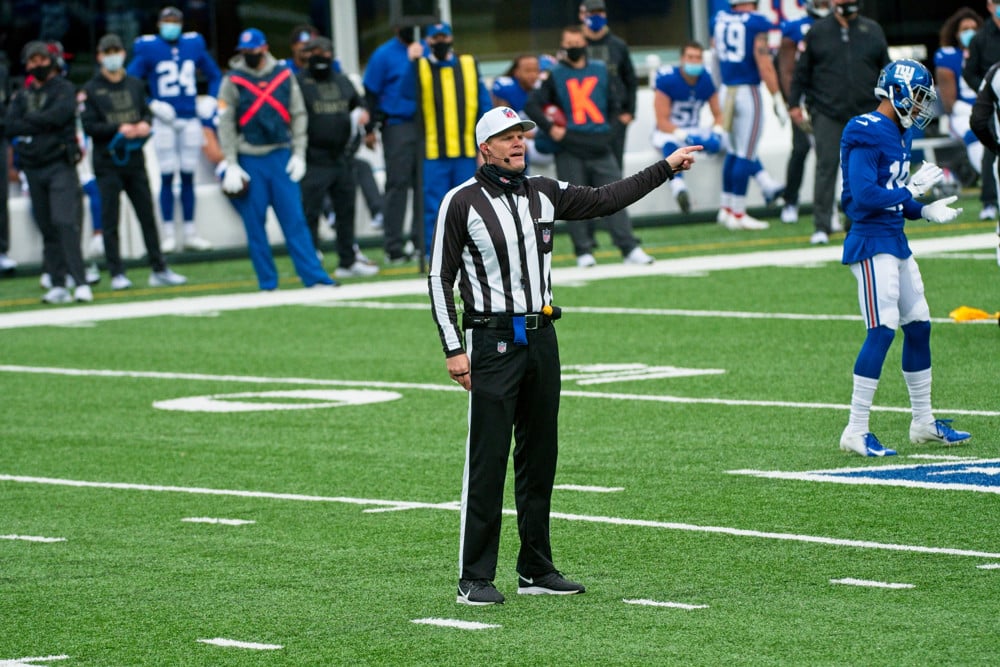 Another NFL Week is in the books and another week where a few key referees continue their hot betting trends and stats for this season. Monday Night Football saw the total easily go Under as Clay Martin was officiating the game. On Thanksgiving Day our referee MVP Shawn Hochuli officiated the Raiders and Cowboys game and the Raiders won straight up as a seven-point underdog. NFL Week 13 I will give leans on a few games with the referees that are scorching hot on their trends. Let me dive into the NFL Week 13 Referee Report.

Last Thursday on Thanksgiving Day, Shawn Hochuli officiated the most entertaining game and the game with the most amount of penalties as far as I can remember. In fact, the game ended with 28 penalties for a total of 276 yards! However, the road team and underdog won the game outright. As a result, road underdogs are perfect 7-0 against the spread. In NFL Week 13, Shawn Hochuli is assigned to officiate the game between the Los Angeles Chargers visiting the Cincinnati Bengals.

Coming off a bye week, Alex Kemp is back on the field officiating games in  NFL week 13. So far this season, road teams are 8-1 straight up and 8-1 against the spread. Furthermore, road favorites are surprisingly 4-0 against the spread in games officiating by Alex Kemp. Additionally, Kemp’s games are averaging a total score of 37.8 points per game. in NFL Week 13, Kemp is assigned to officiate the NFC West division matchup between the San Francisco 49ers and the Seattle Seahawks.

Carl Cheffers is worth mentioning this for NFL Week 13. First, road underdogs are 7-1 against the spread so far this season. In NFL Week 13, Cheffers is assigned to officiate the AFC West showdown between the Denver Broncos and the Kansas City Chiefs. This game may be a week where the public is betting Chiefs at home this week.

Clay Martin was assigned to the Monday Night Football game between the Seattle Seahawks and the Washington Football Team. The total was set at 46.5 and went under the total by two touchdowns. As a result, the Under in Martin’s game improved to a stellar 9-1 on the season. In fact, Martin’s officiated games are averaging a total of 39.8 points per game! In NFL Week 13, Martin is assigned to officiate the game between the Eagles and the Giants.

Just like Clay Martin, Ron Torbert is another referee who is a cash cow to the Under. Thus far this season Torbert is 9-2 to the Under with an average total of 38.8 points per game. In NFL Week 12, Torbert officiated the NFC East matchup between the Eagles and the Giants which ended with a total of 20 points! In NFL Week 13, Torbert is assigned to officiate the AFC South divisional game between the Colts and the Texans. 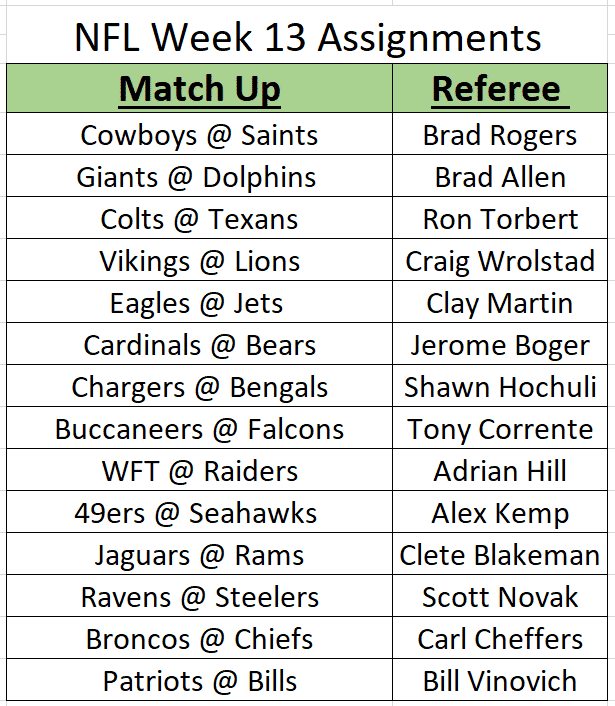