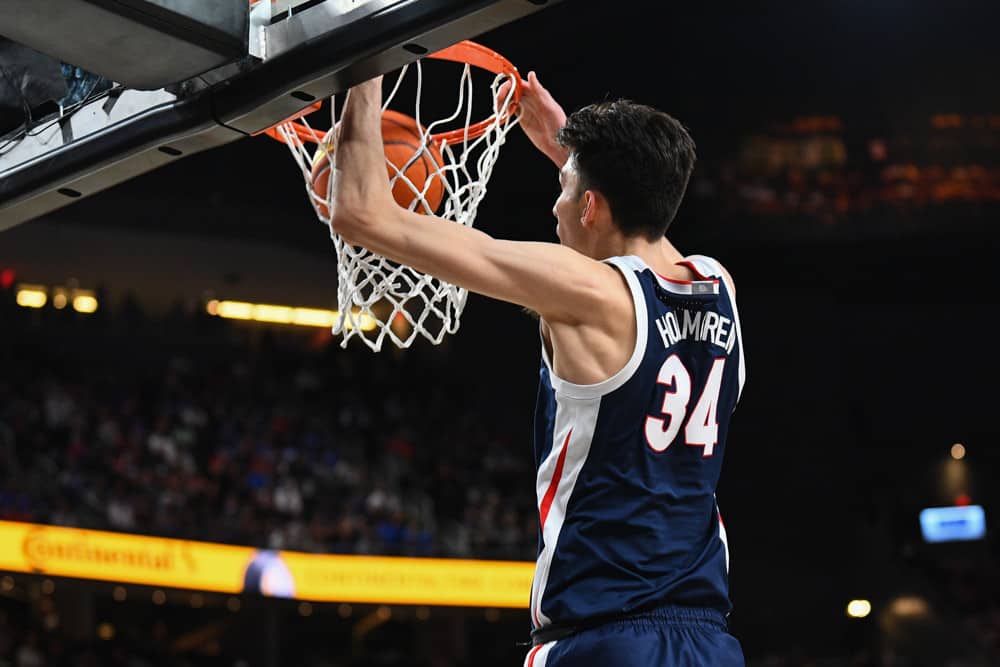 WynnBET offers plenty of prop bets and futures for both college basketball and the NBA. If you are in one of the states where WynnBET is operating, you are qualified for a risk-free $1,000 sports bet! Regardless of whether you take advantage of this special promotion or not (but why wouldn’t you?!), I will highlight bets on NBA and College Basketball futures!

Currently, WynnBET has Paulo Banchero as the betting favorite to be the first overall pick. However, I believe there is more upside with Chet Holmgren as an NBA prospect. I am not saying that Banchero is not deserving of being the #1 overall pick but Holmgren has the potential to be a superstar player in the NBA. The NBA has changed from what the league was 20 years ago. The style of play is suited for Holmgren. The only area Holmgren will need to work on is getting in the weight room.

In any other year, Evan Mobley would have been the consensus #1 overall pick in the NBA Draft. In this past NBA Draft, Mobley fell to #3 to the Cleveland Cavaliers. Thus far this season Mobley and Scottie Barnes have looked like the best rookies. As a matter of fact, Mobley is currently ranked third to win the award behind Cade Cunningham and Scottie Barnes. I can argue that Cunningham should not be the odds-on favorite because he’s had less than a stellar start to the season. I believe Barnes and Mobley are off to the best start in their rookie campaign. Give me Mobley to win the Rookie of the Year!

The odds are going to continue to drop as the season progresses. The Phoenix Suns as of today have won 16 games in a row and look to be picking it up right where they left off. The Suns are clearly one of the best teams in the West so far this season. Last season the Suns got to the NBA Finals so they have playoff experience and a taste of being in the Finals. The Suns have the two best clutch players in their backcourt along with a top-five coach. Let’s not forget that the Suns will look to be buyers at the NBA trade deadline to bolster the roster. At +1000 I will gladly take these odds for the Suns to win it all!