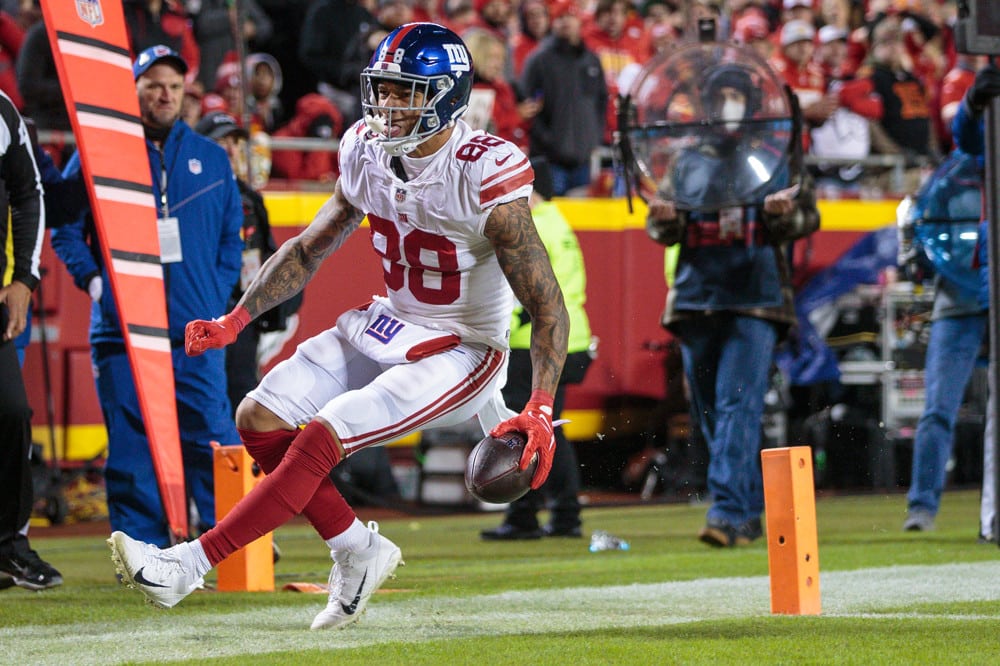 We’ve officially made it to Week 12 which means Thanksgiving is here and the playoffs are on the horizon. Whether you’re coasting to the number one seed or in must-win mode, the waiver wire can get you a win. With that said let’s get into some of my favorite streamers for this Week 12 of the NFL Season. Here are the quarterbacks, defenses, tight ends, and kickers to stream as your best Week 12 streamers.

Generally speaking, I’d normally not be cosigning on a Tyrod Taylor start, however, this is a strong fade on the Jets Defense. They’re likely the absolute worst in the league and in terms of passing defense they are. Opposing quarterbacks are averaging 282.2 yards per game on them right now and they’re even worse on the road allowing an average of 302 yards per game. As for Taylor, he ran for 2 touchdowns last week and is averaging nearly 25 yards per game on the ground this season. With a combination of a horrible opposing defense and his rushing potential, Taylor is worth a shot this weekend. He has produced before and that is a key when considering quarterbacks to stream.

Taylor Heinicke finds himself in a pretty similar situation as Tyrod Taylor. A QB with solid rushing potential (27.6 rushing yards per game) facing off against an abysmal pass defense. The Seahawks are currently the 30th ranked pass defense in the league and are giving up 279.6 yards per game. On top of this favorable matchup, we also have a bit more passing potential in Heinicke. This year he’s been averaging 239 yards per game and has thrown 15 touchdowns so far. I’d be willing to plug Heinicke into my lineup and watch him go to work this Monday night as one of the better quarterbacks to stream.

After a horrendous offensive showing from the Giants last Monday night, you might be wary to back any offensive weapons. However, Evan Engram finds himself set up for success this week against the Eagles. So far this year the Eagles have allowed a touchdown to a tight end in 9 of their 11 games this season. Additionally opposing tight ends are averaging a league-leading 11.5 fantasy points per game against their defense. I know Engram hasn’t had an overly productive year this year but I expect it to change that this week.

Philly is bad against TEs

Dan Arnold has more or less come out of nowhere this year. While it’s not like he’s been setting the world on fire, he has been a steady contributor. Sitting at 3rd on the Jags in terms of targets (39) we can usually count on the opportunity to be there for him. Before last weekend Arnold had scored 10+ fantasy points in each of his last three games. Facing off against a mediocre Falcons team this week we should expect to see Arnold get back involved and hopefully score his first TD of the year. This makes him one of the more appealing tight ends to stream.

I hate even writing this but the Texans could actually be a startable defense this week among all the available defenses to stream. While their average of 389.3 yards per game is alarming, they are coming off a game in which they picked off Ryan Tannehill four times. With a matchup against “Mr. INT,” himself in Zach Wilson on deck I can all but guarantee they get at least one interception this Sunday. Going off of this, this Texans unit is averaging a surprising 1.9 takeaways per game (4th in the league), something we love out of our starting defense. If you’re in need of a streamer, the Texans could be it.

1
2
3
4
All four of Ryan Tannehill's interceptions against the Houston Texans pic.twitter.com/i9pQ8DCnMp

Once again we find ourselves looking for defenses to stream with a defense that has not been particularly stellar all year. However, we once again have a favorable matchup. The Eagles face off against the Giants, coming off a terrible Monday night performance. On top of that, the Giants just fired offensive coordinator Jason Garrett, which could leave some question marks for their offense. As for the Eagles DST, they’ve scored double-digit fantasy points in 3 of their last four games and have scored a touchdown in all three of those games. With an interception-prone QB and a defense with 8 picks on the year, I’d take a shot here.

The votes are in! @bigplay24slay is the @Toyota Player of the Week after scoring his third defensive touchdown of the season.#ToyotaPOW | #FlyEaglesFly

When it comes to kickers and kickers to stream in fantasy football, it’s often one of the most forgotten positions. Additionally, it tends to be one of the hardest to predict success at. So where I normally like to go here is looking at the defense they are playing. Cairo Santos has the Lions this week on Thanksgiving who are averaging the most field goals attempted against per game (2.5). When you couple this with what has been a poor Chicago offense we can hope to see Chicago cross the 50 but fail to cross the goal line a few times, lining Santos up for some attempts.

Another thought process when it comes to picking kickers to stream is just looking for games where we should see a lot of points. This immediately led me to the game with the highest over-under, the Bucs versus the Colts at 52.5. The more points we see on the scoreboard the more Ryan Succop will earn for your fantasy team. Additionally, for Succop, he’s hit 13 of 16 kicks and one of those was blocked, meaning he’s pretty reliable if he gets the chance.