The Match V – Brooks vs Bryson Preview and Best Bet 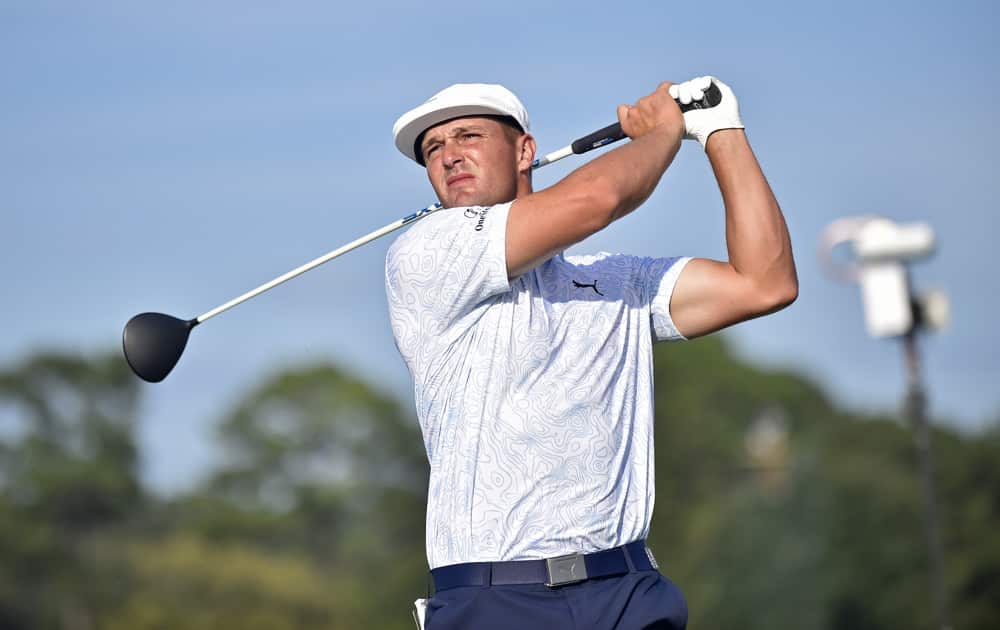 The Match V – Brooks vs Bryson Preview and Best Bet

It has become a tradition for a high-profile, mano-y-mano golf competition to go down on Thanksgiving Weekend.  And this year is no exception. The long-awaited showdown between Brooks Koepka and Bryson DeChambeau takes place in Las Vegas, Nevada. Here’s a preview of Brooks vs Bryson and a pick to win the highly-anticipated showdown.

Brooks vs Bryson – The Format

The previous Match iterations were designed to go the full 18 holes. This one will be (mercifully) much shorter. As a theme to their real-life rivalry, Brooks and Bryson will go head to head in match play format over a maximum of 12 holes. The blatantly obvious symbolism of 12 holes is a 12 round boxing match.

At this point, it’s unknown (or publicly disclosed) which holes they’ll play at the Wynn Golf Club. As described below, however, it probably won’t give an edge to either player one way or the other. If you’re looking for the latest odds and betting info on golf make sure to check out Betway.

A golf course has existed on the grounds of the Match, but it wasn’t in its current form. The golf course was formerly known as the Desert Inn Golf Course, across the street from the Desert Inn Casino. From 1953-1966, it hosted the Tournament of Champions on the PGA Tour. It would later serve as a rotational course for the Shriners Children’s Hospital Open from 1983-2000.

The Desert Inn shuttered in 2000, and Wynn Properties built an extravagant hotel and casino in its place. The resort then brought in Tom Fazio to design a brand new 18 hole track in its place. In 2005, the Wynn Golf Club opened for guests of the resort:

Before Tom Fazio dug his claws into the property, it was a completely flat piece of property. But Fazio is known to spare no expense to create his vision. And oftentimes, his visions create golf courses that look absolutely nothing like the surrounding landscape. He’ll move significant amounts of earth to create unnatural topography, elevation changes, creeks, and lakes.

And like Shadow Creek (another Wynn Properties owned golf course created by Fazio in Las Vegas), Wynn Golf Club creates the illusion of a lush, vibrant golf course in the middle of a barren desert. Fazio planted 8,000 trees to line each fairway. Manmade creeks and lakes were created to bring water into play on 12 holes. And a giant waterfall provides the backdrop to the Par 3 18th. The goal was to completely obscure the desert landscape to the player and make the environment feel like they’re playing in an oasis. Mission accomplished.

If you’re someone who wants to go drop $550 to play an immaculately conditioned golf course with great amenities and services, all right in the Las Vegas Strip, the Wynn Golf Club is for you. But overall the golf course offers very little in terms of a unique golf experience. There isn’t much that distinguishes the Wynn Golf Club from other Tom Fazio designs. Or, frankly, other really nice and expensive country clubs in your area. Every Par 4 and 5 are pretty straight away and guarded by a lone fairway bunker and a water hazard. Deep greenside bunkers guard undulated bentgrass greens. The Wynn Golf Club has a very linear north/south routing. There’s just nothing all that special besides the over-the-top luxurious golf experience.

It’s not a bad golf course by any means. It’s just not my cup of tea.

The Wynn Golf Club is the type of track that Brooks and Bryson have dominated over their entire career. While the course is only 6,700 yards, there are plenty of opportunities for both Brooks and Bryson to take shortcuts over the doglegs. Both also should be able to take the fairway bunkers completely out of play off the tee. They both should have short irons into most of the Par 4’s. And both should have mid irons in hand on all the Par 5’s. If both are playing to their capabilities, there should be plenty of birdies to be made at the Wynn Golf Club.

Usually I auto bet the underdog in these exhibition matches. It’s Match Play – anything can happen. However this time, I’m deviating from the standard protocol.

We haven’t seen Bryson DeChambeau since the Ryder Cup. But over his last 50 ShotLink measured rounds, Bryson has been awesome. Only Patrick Cantlay and Jon Rahm have gained more strokes per round on the field over their last 50 rounds than Bryson has. He very nearly won the BMW Championship in August. And he was very impressive at the Ryder Cup. Bryson was a force in the Four-Ball format and smoked Sergio Garcia in Sunday singles.

Meanwhile, we have seen Brooks Koepka. And the results have not been kind. Over his last 12 rounds, Koepka has lost 0.73 strokes per round to the field. He’s losing strokes both with his ball-striking and on and around the greens. Brooks doesn’t have a Top 10 since the Open Championship in July. And even at the Ryder Cup, despite getting the winning point, Brooks wasn’t one of the bright spots on the team.

The mental edge also lies with Bryson too. For a while, it seemed like Brooks was getting the upper hand of his feud with Bryson. After Bryson foolishly made fun of Brooks’ physique while streaming Fortnite, Brooks dunked on Bryson with a picture of his 4 major trophies. He then roasted Bryson at the WGC FedEx St. Jude after Bryson got into an argument with an official about an anthill. And he even offered free Michelob Ultra to anyone who shouted “Cmon Brooksie!” at Bryson at tournament events (a move that probably went too far).

But Bryson is living in Brooks’ head too. Remember Brooks getting triggered just by Bryson simply walking past him at Kiawah?

And let’s face it – we haven’t seen Brooks the Killer since the 3rd round of the 2019 PGA Championship. He was very shaky down the stretch at Bethpage Black. And he’s had several opportunities to put the hammer down on Sunday at a major to get another win. And he hasn’t done it. Whether it be scar tissue from nearly blowing the 2019 PGA Championship or both complaints and doubts about his health, he’s lost some of his edge.

There’s a narrative that Brooks is crazy enough to purposely play awful this Fall so he can be an underdog and find that edge. It’s a ridiculous notion. Much of the Brooks vs Bryson feud has been a super-contrived social media con job, but that’s a stretch even for the most tin foiled conspiracy theorist. The plain and simple truth is Bryson is a better player than Brooks is right now. And that’s why you should bet Bryson to beat Brooks on Friday.