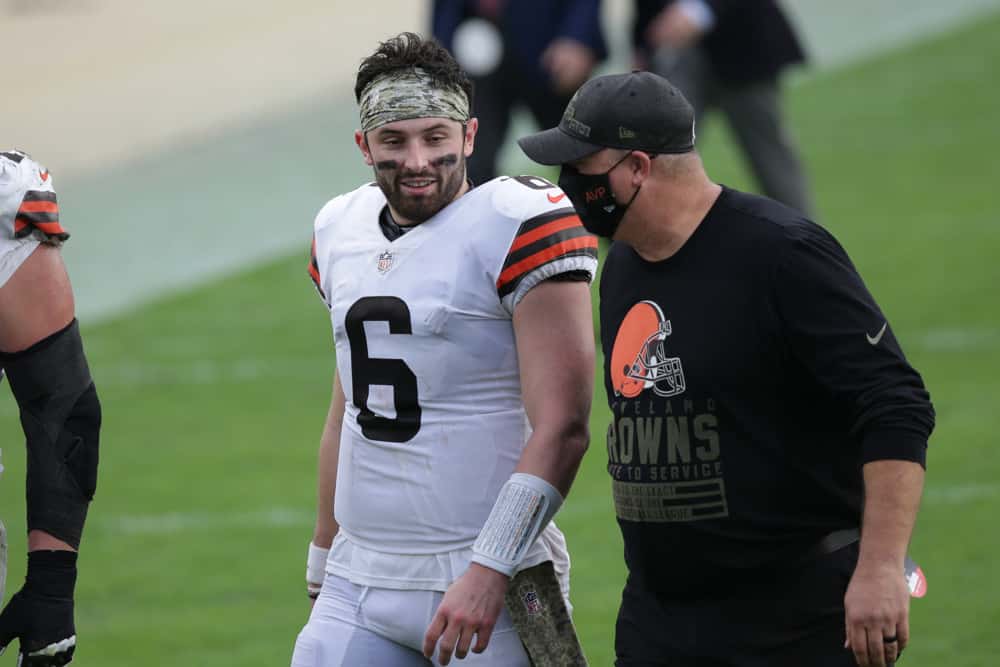 With 11 weeks of the NFL season in the books, it is time to start targeting some players that are flying under the radar. That is why the Sports Gambling Podcast Network decided to do all of the fantasy football rankings for you. Without further ado, here is the SGPN Fantasy Football Rankings Week 12 Update!

After being sidelined for several weeks due to an ankle injury, Miles Sanders finally returned to action last week against the New Orleans Saints. In that game, he played well as he recorded 94 rushing yards. In addition, he was only on the field for 46% on the snaps so he could put up even bigger numbers once his workload is increased. Luckily for him, fellow running back Jordan Howard suffered a knee injury last week so he is doubtful for this upcoming game.

If Howard is unable to play, then you can expect Sanders to see at least 60% of the offensive snaps which might correlate to over 100 rushing yards. Plus, Philadelphia is facing a New York defense that is allowing 119.7 rushing yards per game which ranks 22nd in the league. Expect Sanders to be a top-15 RB in Week 12.

After a rough couple of weeks, Taylor Heinicke has seemed to get his groove back. In his last two games, he has recorded 462 passing yards along with four passing touchdowns. Plus, he has recorded at least 15 rushing yards in seven games this season so he is always a threat to score some fantasy points in scramble situations. Now, Heinicke gets to face off against a Seattle defense that is allowing 279.6 passing yards per game which is the third-most in the league so he should put up some quality numbers.

If Heinicke continues to play at this level, then he will be one of the biggest fantasy football sleepers for the rest of the regular season. Expect him to be a top-14 QB in Week 12 as he should be able to pick apart this underwhelming Seattle defense.

After a promising finish to last season, expectations were high for Baker Mayfield entering this season. However, he has failed to even come close to duplicating that level of success. So far this season, he has recorded just ten touchdown passes along with six interceptions. Plus, he is still playing through various injuries that are clearly affecting his throwing motion.

To make matters worse, he looked awful against the winless Detroit Lions last week as he recorded just 176 passing yards and one touchdown. Now, he will have to travel to Baltimore to face off against a significantly stingier defense in Week 12. The Ravens have allowed just three offensive touchdowns in their last two games combined so I expect the Browns to struggle to generate many points on Sunday. Expect Mayfield to finish as a bottom-third QB in Week 12.