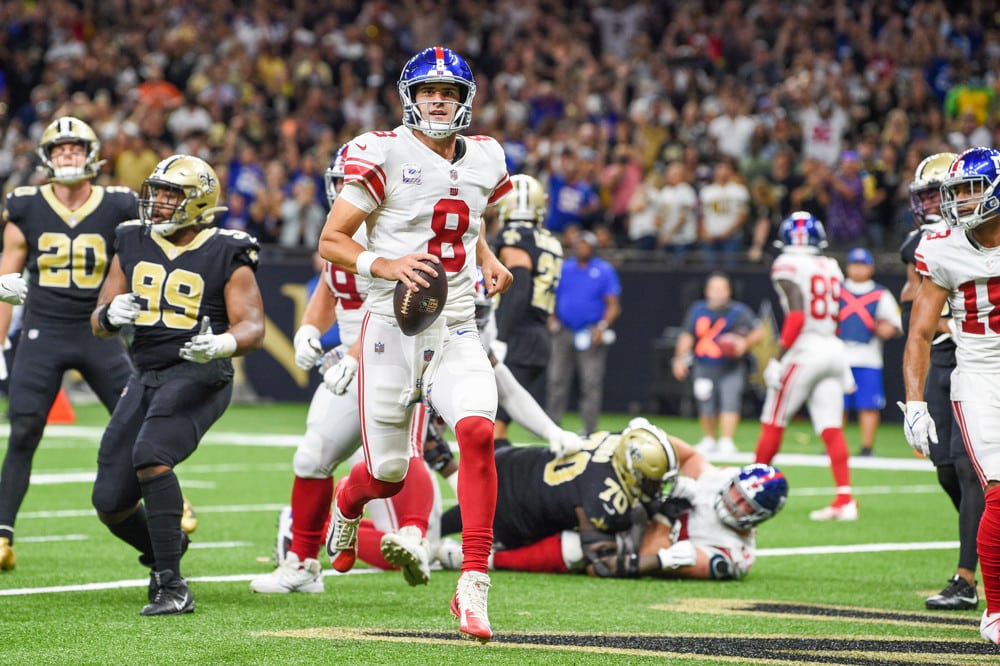 The books are projecting points to be scored tonight between the Giants the Buccaneers, and if the Giants get down early, we should see them go pass heavy. Thus far this season, opposing teams are averaging 39 pass attempts against the Buccaneers defense. Even though Daniel Jones has thrown for more than 35 pass attempts just three times this season, tonight is where I believe we could see more passing from Jones. Additionally, in two career games versus the Buccaneers, Jones has thrown 41 and 36 times respectively.

This prop has been profitable for me this season. Instead of playing a full game Over, I like taking total touchdowns scored. We know the Bucs are a team that can score at will with the offensive weapons they have. Furthermore, the Buccaneers are leading the league averaging four touchdowns per game. On the flip side, the Giants are averaging close to two touchdowns per game, but the average is slightly higher 2.3 on the road. The Monday Night Football total is set at 49.5 for tonight’s game and the books are expecting points tonight.

SaQUADs Barkley is back tonight the Giants and that gives Jones and the offense a significant boost. Now, I am not sure if the running game will be effective with Barkley or if Vita Vea plays or does not but Barkley is a great pass-catching running back for the Giants. In fact, Barkley has two games out of the four he has played in this season where he’s exceeded this projection. Furthermore, the Buccaneers defense is allowing opposing running backs 49 receiving yards per game.