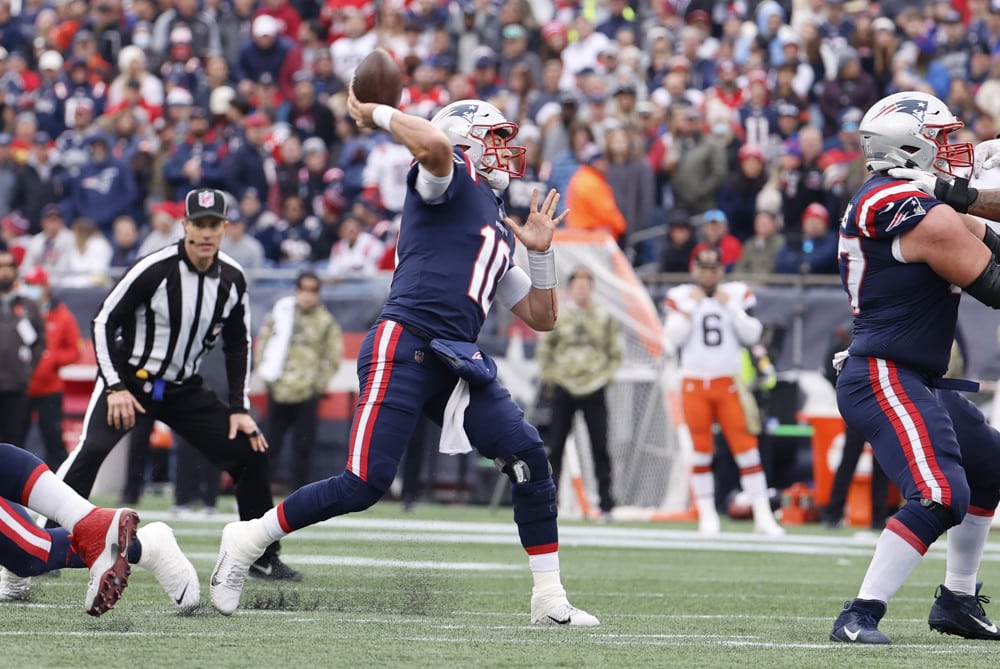 Despite the Falcons being subpar so far this season, I do not envision Bill Belichick having Mac Jones go out and throw all over the field on a short week. Additionally, Jones has thrown for more than 260 yards just once over the last six games. I believe this will be another game where the Patriots will be run-heavy as opposed to having to rely on Mac Jones having to throw the ball on a short week. Take the Under on this player prop bet.

Damien Harris is on track to play in this game against the Falcons. I believe this is a game where the Patriots will establish the running game with the trio of running backs they have in the backfield. Harris missed last week’s game against the Browns with a concussion but should be able to go. Additionally, Harris has scored at least one touchdown in five straight games. I like Harris to find the end zone against the Falcons!