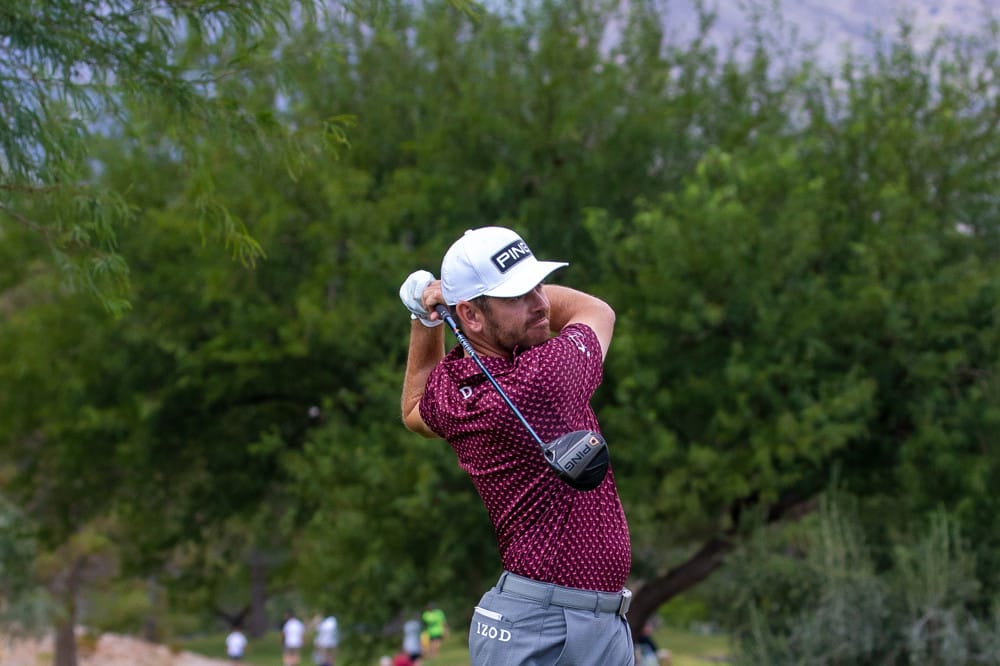 For those who missed it, check out the RSM Classic Preview and Betting Strategies for the types of golfers you should look to target for your picks. Using that as a guide, let’s take a look at some of the best bets to make this week. Here are my picks for the Hewlett Packard Enterprise Houston Open (odds courtesy of BetMGM).

The fall hasn’t been all that great for Louis Oosthuizen. A non-descript T14 at the Shriners and a T38 at the CJ Cup leave a bit to be desired for him. But he’s still hitting the ball very well heading into the tournament. And he checks a lot of boxes of a contender at Sea Island. He finished 4th at this tournament in 2011. He’s fairly accurate off the tee. He’s pretty good with his shorter irons. And he’s a solid putter both on bermuda and overseeded surfaces. With the way he’s played in 2021, he’s long overdue for a win. And with a windy forecast maybe keeping scores higher than normal, this is setting up as a tournament he can finally get over the hump. Pick Oosthuizen to anchor your RSM Classic betting card.

Last week, Gooch was anywhere from 25 to 30/1 to win the Houston Open. His form coming in was fantastic, and he was a very popular pick to win. But after a disappointing showing he’s being punished too severely on the odds board. What’s really changed for Gooch? Everyone has a bad tournament now and again. But if he was 25/1 at the Houston Open, how is he now 40/1 in a weaker field? Sure Gooch doesn’t have the best course history and doesn’t perfectly fit the mold of past winners of the RSM Classic. But there’s not much different between what works at Sea Island and what works at Mayakoba. Gooch did really well at Mayakoba. He can do really well this week too. Buy low on Talor Gooch and pick him to win the RSM Classic.

His odds are a little higher than I’d like, but there’s still a lot to like about Mackenzie Hughes this week. Though his overall history at this event isn’t great, he is a former winner at Sea Island. He comes into the tournament with good form with three straight Top 30 finishes. Hughes tends to do well in windier conditions where his ability to get up and down shines over the field. And he has some positive regression available to him. Hughes hit the ball really well tee-to-green at the Houston Open but lost strokes putting on the week. That never happens with Hughes. With a bounce back on the greens, he’s a great pick to pick up his second RSM Classic title.

Bryson DeChambeau has changed the way players think about golf. He’s helped inspire copycats to try and chase distance off the tee. For some players, it’s gone well. For others, it’s ended very poorly.

Matt Kuchar, of all people, was one of the ones who tried to add distance to his arsenal. And it flopped in spectacular fashion in 2021. But he’s reverted back to his old ways of plodding around the golf course and relying on his accuracy, short game and putting. And the results lately have been encouraging. He’s made the cut in all three tournament he’s entered, and improved his finish on the leaderboard in each of them. Kuchar has never quite come all that close to winning the RSM Classic. But golf courses like Sea Island have been very favorable to Kuchar in his career. Maybe Kuchar has one more win in him before riding off into the sunset.

Hayden Buckley has been pretty feast of famine in his debut on the PGA Tour. Bookend by two consecutive Top 10 finishes was a missed cut at the Fortinet and an ugly T71 finish at the Bermuda Championship. But the high ceiling he’s demonstrated for a 100/1 player is tempting. And he does check several boxes of a would be winner of the RSM Classic. He’s accurate off the tee. He’s struck his short irons very well this fall. And he’s putt well on bermuda. He was a really talented amateur and a proven winner on the low level tours. He could be the newest debut winner on the PGA Tour.

For all the close calls I’ve had to endure with Russell Henley this year, I have to bet him one last time in 2021. He broke my heart at the Honda Classic, Travelers and the Wyndham, three golf courses tailor made to his strengths. Now he once again steps foot on a golf course he’s come so close to winning so many times? Sign me up. I don’t care if he’s a popular pick this week. I’m hopping aboard the crowded bandwagon.

Kisner has received a little bit of backlash because of his poor recent form. Have we not learned our lesson with him? There are a very select few golf courses on the PGA Tour that Kisner has a shot at contending. Of course he’s not going to show well at a FedEx Cup venue, or at a long Tom Fazio track. And the last three “Kisner” tracks he’s played, he’s finished T5, T8 and won. One way or the other he’ll find a way into the Top 10 at the RSM Classic.

There’s been a pretty good trend on when to use Chad Ramey. Ramey finished inside the Top 20 on tracks where accurate players stand a better chance (Shriners and Bermuda). On tracks where length off the tee is favored (Fortinet, Sanderson and Houston Open), he hasn’t been close to relevant. Sea Island is a golf course that often sees more accurate players appear towards the top of the leaderboard. Expect Ramey to be one of those players.