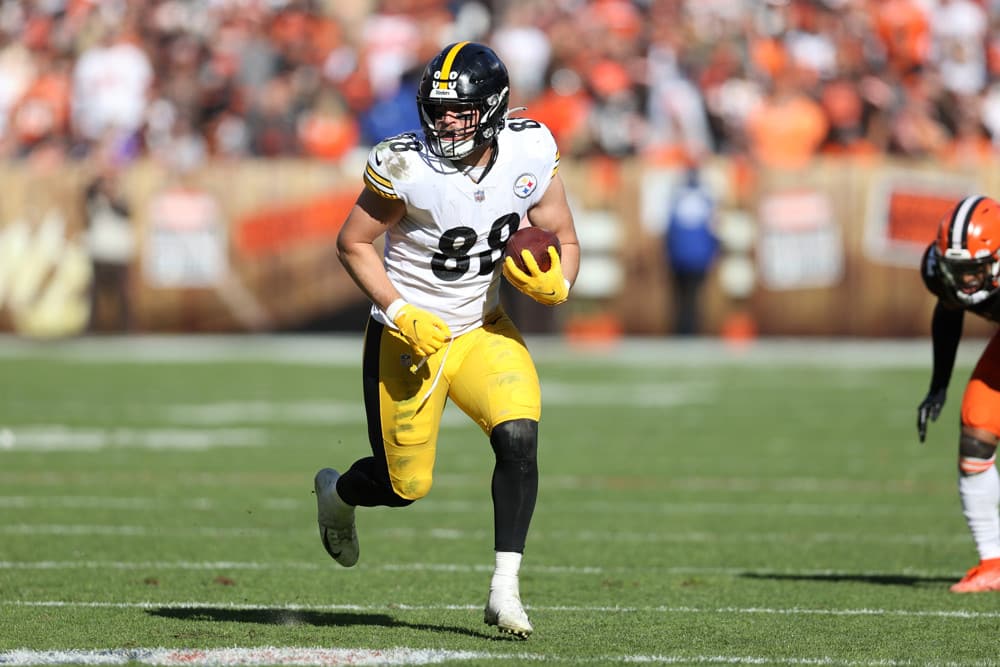 We’ve reached the point in the season where every pickup and drop will be crucial in fantasy heading into the playoffs. We can’t take anything for granted at this point. Chicago, Cincinnati, Houston, and the NY Giants are all on bye this week. No worries! I’m here to help you stream the best options as you make your push for the fantasy playoffs in the upcoming weeks.

Coming off an impressive performance last week where he was named NFC offensive player of the week, Matt Ryan has another favorable matchup in Week 10 against the Cowboys. Ryan threw for 343 yards on 23/30 attempts and had three total TDs. Two in the air and one on the ground. The running game has been non-existent the past few weeks, and the Cowboys are ranked 25th against the pass, allowing over 237 passing yards. Currently, Ryan is rostered in 44% of ESPN leagues and is a good streaming option considering his opponent.

The QB13 in our rankings heading into Week 10, Carson Wentz, should have a field day against the Jaguars. Wentz has thrown eight TDs in the last three games, and I like him to add to that total this Sunday. The Jaguars are ranked 26th in passing yards and points allowed. Sure they had a decent showing against the Bills, but I think that was more so the Bills overlooking their opponent. This won’t be the case for Carson Wentz as he has performed well at home this season.

I don’t think anyone saw the performance from Teddy Bridgewater coming last week versus the Cowboys. He went 19/28 for 249 yards and a TD and got all his skilled players involved. This week the Broncos will face an Eagles defense that allowed 356 passing yards to Chargers quarterback Justin Herbert. He is rostered in 24% of ESPN leagues, making him a nice pickup if you have a need at the QB position.

I’ve seen all I needed to see from Pat Freiermuth this past Monday night against the Bears. He was the only player to score through the air. Not once, but twice! He was targeted six times and had five receptions for 43 yards. The Steelers will face a Detroit Lions team who’s ranked 31st in points allowed, and the Steelers should find themselves in several red zone opportunities where Freiermuth could take advantage of the defense.

Dan Arnold was the leading receiver for the Jaguars in what will probably be the biggest upset of the 2021 NFL season. He caught four passes for 60 yards in the low-scoring victory versus the Buffalo Bills. Only rostered in 20% of ESPN leagues, he has another great matchup against the Colts, who allow 261 passing yards to opposing offenses.

Justin Jefferson and Adam Thielen may have a hard time getting open against the Chargers defense who’s only allowing 197 passing yards per game. Tyler Conklin may be the beneficiary of targets if those two are blanketed by the secondary throughout the game. He led the team in receptions with five for 45 yards on seven targets. If he can add a touchdown, his stock will rise as he is already rostered in 44% of ESPN leagues.

The Titans’ defense had their way with the Los Angeles Rams offense last Sunday night from start to finish. They were able to sack Matthew Stafford five times and scored a TD on a pick-six in the 3rd quarter. They will be facing the Saints’ backup quarterback in Trevor Siemian at home this Sunday. The Saints’ offense isn’t as potent as the Rams, so this defense is in a great spot to have another huge day only being rostered in 27% of ESPN leagues.

Did we finally see the Chiefs defense get their act together last week against the Green Bay Packers? I believe so! Even though Jordan Love was under center for Green Bay, the Chiefs made sure to apply pressure for the entire 60 minutes of action. They allowed only one touchdown with five minutes left in the 4th quarter. Going up against a divisional opponent in the Las Vegas Raiders, I expect defensive coordinator Steve Spagnuolo to dial up the pressure this upcoming Sunday against Derek Carr. They are only rostered in 11% of ESPN leagues so you shouldn’t have any issues picking them up as a streaming option.

The Browns’ defense did it all last week against the Bengals…a pick-six, a forced fumble, and a few sacks. Look for the Browns to continue their tenacious defense as they go up against rookie quarterback Mac Jones and the New England Patriots in the first slate of games on Sunday. They are rostered in 54% of ESPN leagues.

Fresh off a bye, the Tampa Bay Buccaneers will go up against the Washington Football Team in Week 10. They will find themselves in many scoring opportunities as the WFT gives up 28 points per game. I expect Ryan Succop to have a big day as this game may get out of hand quickly. He is rostered in 18% of ESPN leagues entering Week 10.

The Falcons were leading the entire game last week against the Saints, only to face a situation where they had to mount a comeback and rely on Younghoe Koo to kick a game-winning field goal with three seconds remaining in the game. Koo finished the game with all three extra-point attempts made and both field-goal attempts made. They go up against a Cowboys team this Sunday who just allowed the Denver Broncos to put 30 points on them at home. We got Koo ranked as our K7 for Week 10. He is rostered in 50% of ESPN leagues.

After leaving the game with a concussion against the Browns in Week 8, Chris Boswell came back with a vengeance this past Monday night against the Bears. Converting on all three of his field-goal attempts, none was more important than the game-winning field goal he made with 30 seconds remaining in the game to go on and defeat the Chicago Bears 29-27. This week, they will face a winless Detroit Lions team who is ranked 31st in points allowed per game at 30. We have Boswell ranked as our K13, and he is rostered in 21% of ESPN leagues. He’s a great option among the kicking streamers in Week 10.