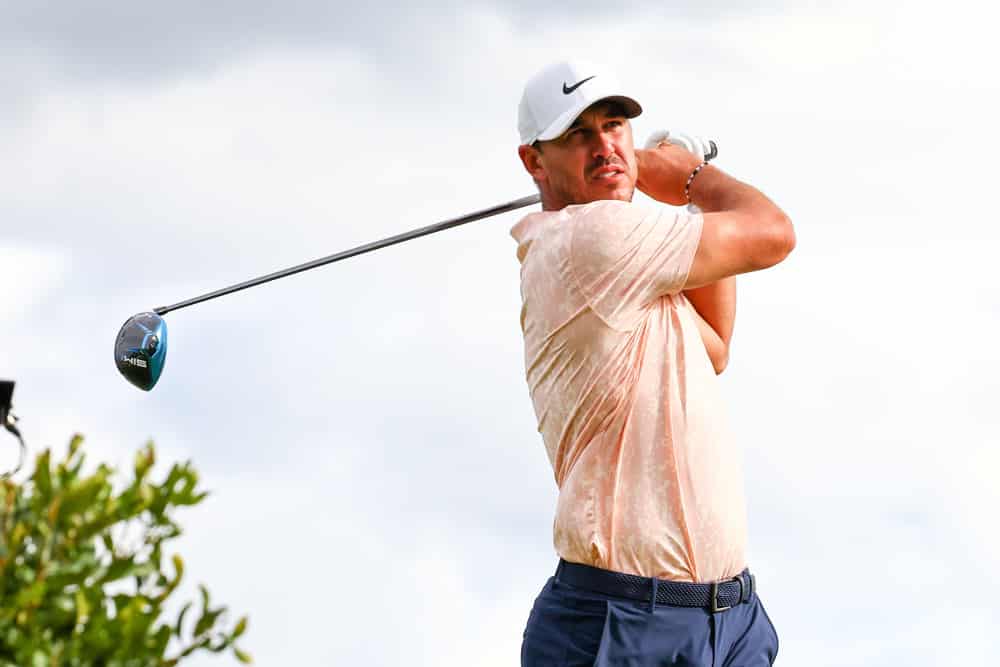 Headlining the field is Brooks Koepka, who is struggling to find his form. Koepka has not had a Top 10 since the Open Championship and played lackluster golf at the Mayakoba last week. He’ll look to bounce back on a golf course he helped design with Tom Doak. He also played well at Memorial Park last year with a T5 finish a week before the Masters. Maybe he’ll show better on a golf course he has intimate knowledge with.

For a few years, it looked like the Houston Open was on its last legs. The tournament was on life support after bouncing around from golf course to golf course. It lost critical sponsors. And when it was punted to the fall swing, hope was lost.

But then two key things happened in 2018. First, the Houston Astros’ foundation stepped in to save the tournament financially. And second, they agreed with the city of Houston that if they renovated one of the most famous public golf courses in America that the PGA Tour would come to Downtown Houston.

After that, the city of Houston got to work to find the perfect architect to restore Memorial Park Golf Course. Despite accommodating more than 60,000 rounds per year, the golf course was in desperate need of a facelift. The golf course had become overgrown with trees and with all the foot traffic the greens on the municipal golf course were in poor shape. With the pressure on, the city needed to make a big splash with a big name to restore the golf course to its former glory.

In comes Tom Doak, a legendary architect who has a wonderful imagination in his golf course construction. Tom Doak is a disciple of Pete Dye and has heavy influences from Alister MacKenzie, the brainchild behind Augusta National. He’s responsible for several bucket list golf destinations around the world such as Pacific Dunes and Old MacDonald (part of the Bandon Dunes Golf Resort), Streamsong, Cape Kidnappers, Tara Iti, and the restoration of Pasatiempo. His profile is the stuff of legends. But his design style wasn’t one that’s conducive for professionals. Doak courses also trade length for intricacies and character to deliver a wonderful and challenging golf experience for amateurs. For touring professionals, however, they’re able to hit it over all these quirks and overpower the place.

But Memorial Park provided a decent enough canvas to bring his principles to a professional event. The golf course could be stretched to 7,300 yards. This is plenty long enough to handle the powerful players on the PGA Tour. Doak also brought in Brooks Koepka for consultation services into what he likes and doesn’t like about the golf courses he plays on the PGA Tour.

Through their collaboration, Memorial Park was reborn:

The duo of Koepka and Doak gave the golf course a massive facelift. Only the Par 3 2nd hole and the 3rd hole tee are part of the original layout. The rest of the golf course was significantly altered. Eight greens were repositioned. In addition, several holes were transformed and lengthened tee to green.

Among the more notable changes was repositioning greens closer to natural waste areas and gullies. Thick forest obscured these areas from view. These trees were removed to allow greens to be rebuilt around them for a more scenic, challenging setting.

In addition, one will notice a lack of bunkers overall on the golf course. This is by design. One of the notable contributions made by Koepka was bunker reduction. He said that “many bunkers add difficulty for the amateur but are superfluous for the tour pro”. That doesn’t mean that bombers can hit it anywhere, however. Koepka also worked with Doak to create subtle uneven lies for any balls in the rough off the fairway that might be imperceptible to amateurs. To professionals, however, it’s noticeable and annoying.

There’s also only one primary water hazard on the course, which is in play on the 16th and 17th holes. Like the lack of bunkers, this was by design because they’re unnecessary eye candy for professionals while making the round of an amateur much more miserable.

Another change was to the green surrounds. Instead of deep rough, the areas around the greens were shaved down. Koepka felt that deep rough around greens make it easier for professionals as the ball stops once it runs off the green. With tight, sloping lies, this gives them headaches and oftentimes professionals have a tougher time chipping off tighter lies than out of the rough. For an amateur, they often take a putter from tight lies off the green to get it onto the surface.

All in all, Memorial Parks seems like the perfect combination of a challenging track for a professional, while one that is very playable and enjoyable for an amateur. And with both the Houston Astros and Hewlett Packard providing the tournament with a big boost, its place on the PGA Tour schedule is secure.

Last year, bettors walked into this tournament blind. It was the first year at the golf course. which meant no course history stats to rely on. This year, gamblers have one year of data to digest to try and handicap this year’s tournament. Small sample sizes can often be very misleading. But it’s better than nothing. And it absolutely helps preview what to expect at this year’s Houston Open.

Let’s start with the nitty-gritty of what happened in 2020. Carlos Ortiz won with a winning score of -13. Dustin Johnson and Hideki Matsuyama finished two shots behind him at -11. In addition, notables such as Jason Day, Tyrrell Hatton, and Sam Burns also finished inside the Top 10. The course played difficult than usual PGA Tour conditions. The combination of firm turf conditions and win made ball-striking tough on the week. Players only hit 61% of their fairways and 64% of their greens in regulation. Anytime players struggle to hit both fairways and greens at high rates, scores will be muted.

The green surroundings also added to the difficulty. The golf course has tight Bermuda chipping areas surrounding the greens. And it all runs away from the green to low-lying areas. That made getting up and down a tall order. The undulated greens also gave players difficulty. Not only is it tricky to putt on fast undulated Bermuda greens, players chipping back on to them didn’t have a good visual to the pin. Though it only played a little under 7,100 yards, Doak and Koepka did a great job building a golf course that tested the game’s elite.

The golf course also seemed to favor distance off the tee. Everyone inside the Top 10 on the leaderboard last year had above average length off the tee than the field. No one in the Top 10 averaged less than 297 yards per drive off the tee. And six of 10 players averaged more than 300 yards. Players hit driver a lot during their round. It’s probably because of the lack of hazards off the tee. As mentioned earlier, there are very few fairway bunkers and water hazards lurking off the tee for players. For the most part, players could wail away at the golf course.

But despite the shorter yardage on the scorecard and the heavy use of driver, players hit a lot of long approach shots into greens:

Players hit more than PGA Tour average shots on both short irons, as well as shots between 175-225 yards. They also hit a higher than average number of shots 250+. I think Brooks Koepka had a hand in that from a course design. Koepka typically is a pretty good short and long iron player. And he loves to hit driver as much as possible. It’s not all that surprising he might set the course up to fit his strengths.

A couple of courses on the PGA Tour schedule have a similar shot distribution to Memorial Park. They include TPC Scottsdale, Augusta National, and Riviera Country Club. The 2020 Houston Open leaderboard features several names in the Top 10 with big success at these venues. Both Dustin Johnson and Hideki Matsuyama are Masters Champions. Koepka also plays very well at Augusta National. The course also has tight chipping areas around the greens, as Memorial Park does. Koepka and Matsuyama have a combined four wins at TPC Scottsdale. In addition, Dustin Johnson routinely dominates Riviera, which features firm and fast conditions that Memorial Park did. And winner Carlos Ortiz owns top 10’s at both the Waste Management Phoenix Open and The Genesis Invitational.

A lot of this depends on if we get similar weather conditions as last year. But even if it plays a little softer, there are enough teeth and tricks to this golf course that’ll still make it play more difficult. Last year was probably a good preview of what types of players to expect to do well at the Houston Open at Memorial Park. It’s safe to take that template and apply it to 2021.