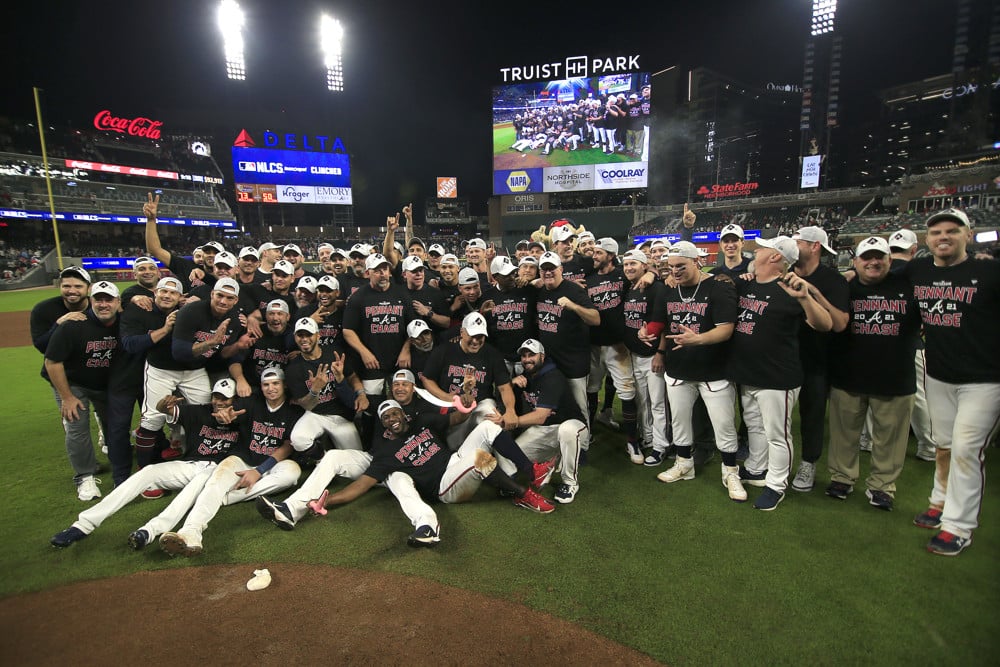 Just like that the 2021 World Series starts on Tuesday Night. What a season it has been so far. The Atlanta Braves defied all odds to overcome injuries and obstacles along the way to win the NL Pennant. Despite being out their superstar player Ronald Acuna Jr. and best pitcher Mike Soroka all season, the Braves did not cave and made it to the Fall Classic. Meanwhile, the Houston Astros proved once again that they are the best team in the American League, making their third World Series appearance in five years. In this post, I will give you my 2021 World Series Betting Guide and predictions for the Fall Classic.

Road to the World Series

The Braves are coming off an impressive run against a few of the most talented pitchers in the National League. First, the Braves beat the Milwaukee Brewers in the National League Divisional Series in five games. As a matter of fact, the Braves lost Game One of the series against the Brewers but rallied to win the divisional series. Furthermore, the Braves pitching was outstanding in that series, allowing only five runs in four games, including two shutouts.

There were only a few that gave the Braves a chance to beat the Dodgers in the National League Championship Series. In fact, the implied odds gave the Dodgers a 67.7% to win the series. As a matter of fact, the Braves were underdogs in each game against the Dodgers. Let’s give credit where credit is due. The Braves outhit the Dodgers in every game of the series. Eddie Rosario took home the NLCS MVP honors as he carried the Braves into their first World Series appearance in over 25 years.

Before the series started the Astros starting rotation took a crushing blow due to the forearm injury to Lance McCullers. Without a doubt, this made Astros fans a little worried about being without their ace pitcher of the season. As a result, that added pressure to the offense and the other pitchers on this team. The Red Sox took care of business in Game Two and Game Three with three grand slams combined. Nonetheless, the Astros responded by winning three games in a row behind the heroic batting effort of Yordan Alvarez and the pitching of Framber Valdez and Luis Garcia. Undoubtedly, the Astros reached their third World Series over the last five seasons.

First, let’s start with the Atlanta Braves and what I believe will be their keys to winning the World Series. The Braves are playing with house money as no one expected them to be in the World Series. It should be noted, the Braves after 89 games had a record of 44-45. Without a doubt, the Braves played in one of the worst divisions in baseball, the National League East. Nevertheless, someone had to win this division and it was the Atlanta Braves.

The Braves have to be aggressive early in games by getting base runners on and adding pressure to the Astros pitching. Furthermore, when you play a team like the Astros you have to score runs. Without a doubt, the Astros are one of the best offenses in the entire league. The Braves are going to have to score early and score often. Secondly, the starting pitchers for the Braves will have to settle in early.

The Astros throughout the season and at points in this playoffs scored early and did damage in the early innings. Furthermore, the Braves have to be patient at the plate, work the counts and stretch the pitch count for the Astros pitching. The Braves struck out a ton in the NLCS – they will have to minimize that in the World Series. Thirdly, the bullpen will have to be elite, especially in situations with two outs and runners on. The Astros are notorious for outstanding hitting and scoring runs with two outs and runners on. If the Braves can limit the damage in this type of situation they will give themselves a great chance to win games in the World Series.

On the other hand, the Houston Astros are in familiar territory. As I mentioned above, this will be the Astros third World Series appearance over the last five seasons. For the Astros it is simple – do what you have been doing all season long. Score early, run the bases aggressively and make the Braves bats beat you. Unquestionably, the Astros offense has the best 1-7 hitters in the league. I do not remember the last time a batting title winner was hitting in the 7th spot in the lineup.

Next, the pressure is going to be on Framber Valdez and Luis Garcia to pitch as many innings as they can. If Valdez and Garcia pitch the way they did in Games Five and Six, there will be another World Series title parade in the City of Houston. The Astros are a bit thin in their starting rotation without Lance McCullers. Apart from this, another key pitcher I am looking at is Cristian Javier. Dustin Baker has an important task on how he will utilize him. Whether it will be out of the bullpen in long relief or even potentially starting a game to eat up some innings.

At the end of the day, the Astros lineup will be too much for the Braves to contend with. The Astros lineup that includes Jose Altuve, Michael Brantley, Alex Bregman, Yordan Alvarez, Kyle Tucker, Carlos Correa, and the AL batting champion Yuli Gurriel is too hard to get through. At some point, this lineup will get to you. Furthermore, if Valdez and Garcia can pitch well enough for four to five innings that gives the Astros a significant advantage. The Braves are a scrappy bunch, they battled all series long against the Dodgers, but now they have to face a healthy offense. If the Braves can not take advantage of this then this will be a short series.