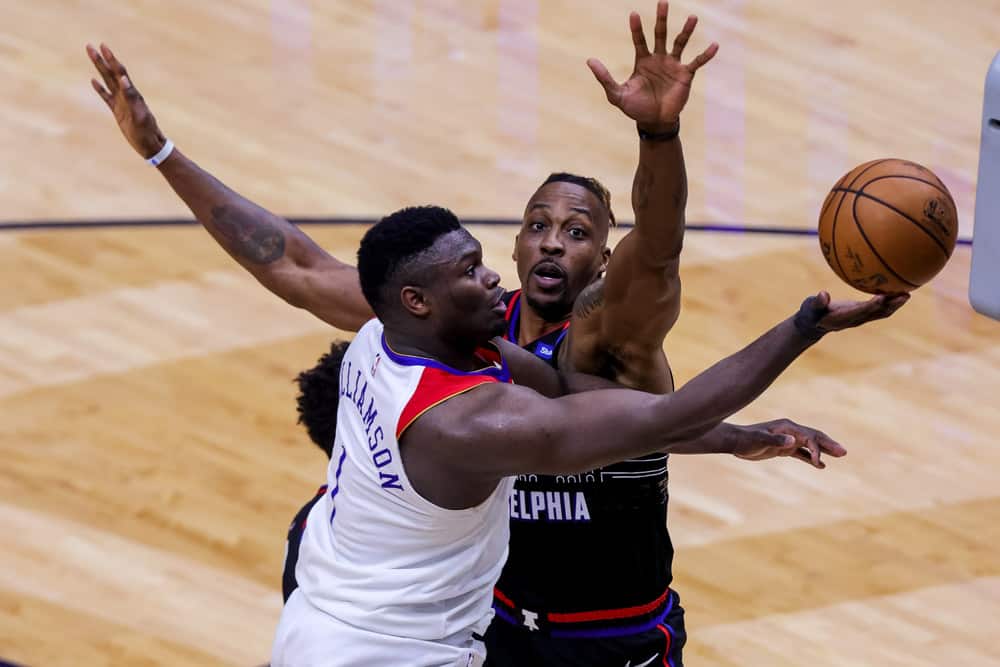 The 75th NBA Season tips off next Tuesday and in honor of it, WynnBET is offering special various player prop bets of past legends and current stars. If you haven’t checked out WynnBET yet nor taken advantage of their risk-free $1000 sports bet you are missing out! Be sure to check if your state is eligible. In this post I will highlight a few of the prop bets WynnBET is offering! Some of these are fun. Let’s dig right into it!

The addition of Jonas Valanciunas also may take Zion’s production. Valanciunas is a walking double-double and over the last three season he is averaging 16.5 points per game and 11.3 rebounds per game. I will gladly taking the rebounding king Barkley -145.

I am expecting a big second year from LaMelo Ball this season. Now that Ball has a season under his belt and familiar with the speed of the game and the offensive system, Ball should see in increase in his stats. Last season, Ball averaged 15.7 points per game and 6.1 assists per game. I believe that Ball can increase in both points per game and assists per game. The Hornets team has plenty of talent around him and we know the keys to the offense are in Ball’s hands.

We are all waiting for Luka Doncic to go out and drop a 60 point game. Shockingly, Luka’s career high is 46 points. But he is shockingly getting better and better each season. It is a scary thought that Luka is only 22 years old and is only going keep getting better. There’s no statistical data to back this up but Luka is more than capable of scoring 53+ points in game. And why not it be this year?