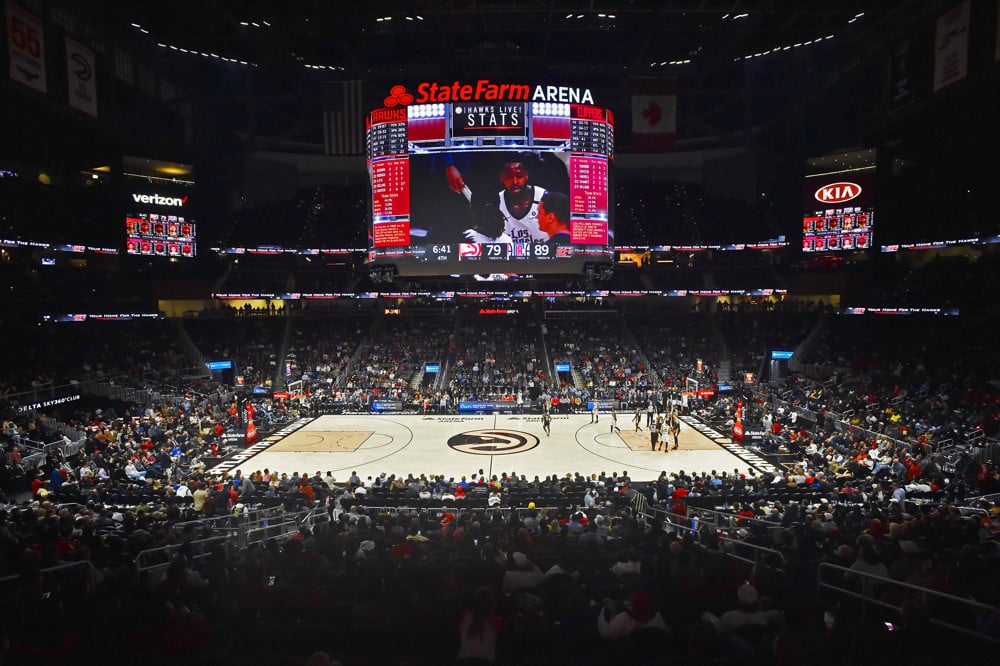 Did the NBA season not just end a month ago? Can you believe the 2021-2022 season tips off next week? What better way to start wagering on the NBA than NBA Regular Season Win Total Best Bets. I have spent some time over the last few weeks digging into these teams and I will give you five regular-season win total best bets! I have not ranked these in specific order, but five bets I am getting down on.

The Atlanta Hawks are coming off a playoff run where their season ended in the Eastern Conference Finals at the hands of the Milwaukee Bucks. But I believe this was a huge stepping stone for this young squad. In fact, the Hawks return the majority of the roster from last season. Furthermore, the Hawks re-signed forward John Collins and agreed to an extension with Clint Capela. When I am looking to bet on win totals, I like backing teams that have the roster continuity like the Hawks. Let’s not forget superstar Trae Young who gets better and better each season and could possibly be in MVP conversations.

The underrated move from last season was the firing of Lloyd Pierce and replacing him with now full-time head coach Nate McMillian. I also love the depth of this team. This team should be healthy going into the season with names like Bogdan Bogdanovic, Danilo Gallinari,  De’Andre Hunter, and Cam Reddish. Let’s also not forget Kevin Huerter who is becoming a better player year over year. I believe the Hawks could be a 50 win team. I love this win total to go Over.

The re-build/building of a contender for the Chicago Bulls started last season at the trade deadline. The Bulls went out and traded for former Orlando Magic all-star Nikola Vucevic. There was tons of hype around the Bulls after this trade to make a push for the playoffs. I will admit I was one of these people. But the Bulls did not have enough to get over the line. However, this off-season the Bulls were able to trade for Lonzo Ball and DeMar DeRozan. These acquisitions certainly help on both the offensive and defensive end.

Furthermore, let’s not forget about Patrick Williams who was drafted last season by the Bulls. Williams has a lot of potential and should be the fifth starter for the Bulls. However, the biggest question mark remains on the future of Zach LaVine. Lavine is up for a contract and could possibly be traded at the trade deadline if there is no extension reached with the Bulls. However, this team is off to a fast start in the preseason and I certainly believe this core of the Bulls can make noise in the East.

During the off-season, I said this was going to be a big off-season for the Dallas Mavericks organization to build a contender around their superstar Luka Doncic. Last season, there were rumors of friction between the stars of the team, Luka and Kristaps Porzingis. Those rumors were quickly squashed by the Mavericks’ front office. Furthermore, the biggest surprise was the “mutual agreement” between Rick Carlisle and the organization to step down as the head coach. The good news for the Mavericks fan was getting Luka to sign a super-max extension to stay with the team.

However, I believe the Mavericks did not do much to build a contender around Luka. Yes, they were able to re-sign Tim Hardaway Jr, but there is no true number two on this roster. Porzingis is oft-injured and now you have a brand new head coach, Jason Kidd. Kidd does not have success as a head coach in this league. The most wins Kidd has as a head coach is 44 in his first year as a head coach in the 2013-2014 season. The lack of roster construction and implementing a new offensive system could take time for things to click in Dallas. To win 49 games in an 82 game season requires a winning percentage of close to 60%. The last time the Mavericks achieved this was back in the 2014-2015 season.

If there ever was an organization that had more questions than answers it is the Pelicans. The Pelicans off-season was off to an interesting start after Stan Van Gundy was gone after only one season. Next, the Pelicans made a questionable trade deal for Devonte Graham in which they parted with a future first-round pick. Third, the Pelicans traded Steven Adams to the Grizzles in a deal around Jonas Valancuinas. Furthermore, there is something that is not sitting right with me with the fractured foot news that was dropped about their superstar Zion Williamson. Zion suffered a fracture in his foot before Summer League tipped off and the superstar is out for the preseason and possibly the start of the season.

Furthermore, I am not sure that Brandon Ingram will be part of this organization at the trade deadline. Rightfully so Zion will be the face of this franchise. I am certain a contending team that needs a player like Ingram can come in and make a deal for him come the trade deadline. In addition, the Pelicans hired a new head coach and again it can take time for a coach to integrate a new system, especially while their best player is sidelined recovering from a surgically repaired foot.

Last season, the Heat were eliminated in a sweep by the eventual champions Milwaukee Bucks in the first round. Sure this was a revenge spot for the Bucks and there were several injuries the Heat were dealing with in the series. However, the Miami Heat had themselves quite an off-season. First, the Heat acquired All-Star point guard Kyle Lowry to pair with Jimmy Butler in the backcourt. Next, the Heat signed P.J. Tucker and Markieff Morris to add more defensive grit to this roster.

Let’s not forget this team still has Bam Adebayo, Duncan Robinson, and Tyler Herro. Also, the Heat acquired Victor Oladipo last year at the trade deadline. I love the grit and toughness this team will present to opposing teams. I can see the Miami Heat as a top three seed in the Eastern Conference this year. Let’s also not forget Pat Riley will swing for the fences come trade deadline if another star player is available. This team has it all, playmaking ability, scoring, shooting, rebounding, and defense.  Okay I lied, this my favorite NBA Regular Season Win Total.