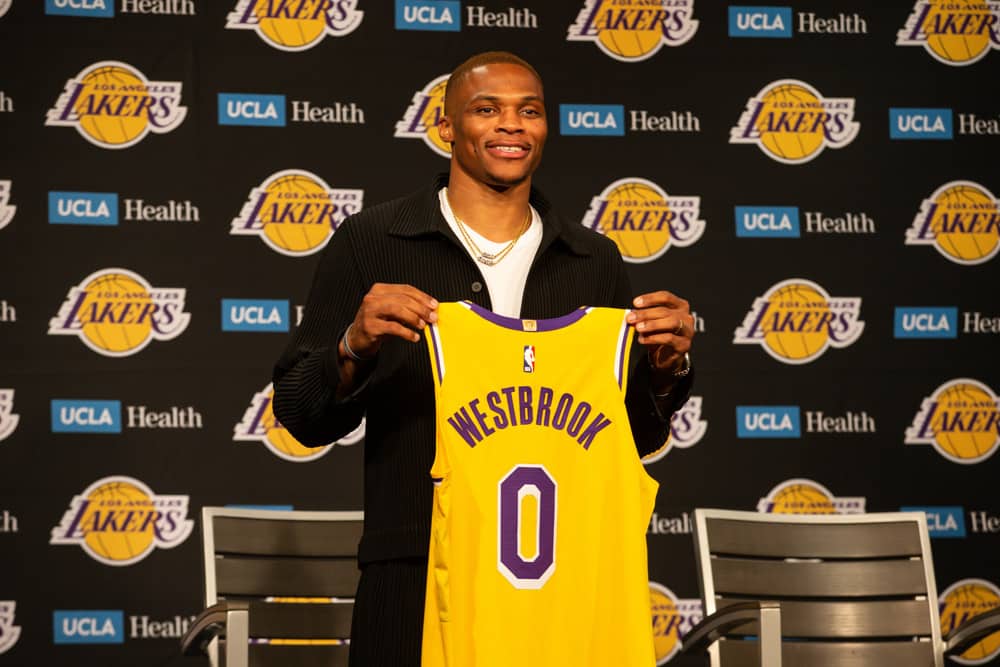 Ryan ‘Rich Fat Baby’ McKee and Scott Reichel helm this episode of NBA Gambling Podcast. They open with updated NBA futures odds for next season’s championship. And discuss which free agency moves affected the odds movement most. RFB and Scott debate which title favorites have the best chance to win it all and which are worth betting early. Brooklyn Nets are now the heavy favorite with the LA Lakers right behind with their signing of Russell Westbrook.

The Milwaukee Bucks, Golden State Warriors and Utah Jazz are in the next tier back. All three teams have upgraded their rosters on paper with trades, free agency pickups, and/or draft picks. Still, all three are still ‘running it back’ with the same core of starters. The Phoenix Suns and Miami Heat are the last outside contenders worth talking about. The Heat’s championship odds have shortened dramatically with their NBA free agency performance.

Finally, the guys get to this week’s NBA Summer League in Las Vegas. It’s tough to handicap these games and most people probably shouldn’t bet on them. HOWEVER, it’s still the NBA (at least, somewhat) and it’s hard not to bet when that’s the only roundball action around. Ryan has some thoughts on two teams to bet if the spreads are relatively favorable. Scott points out some promising young players and Summer League Champions futures to consider.